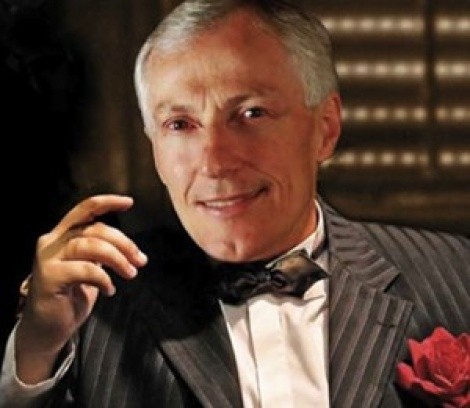 News stories about Utah Attorney General John Swallow lately have a confetti-like quality, raining down gently upon us each day. And, there's been no letup -- which must be disheartening to the Republican Party faithful who hoped and prayed and darned well expected that the allegations of scandal might have blown over by now.---

"Just relax," they seem to be telling the citizens of Utah. "We'll take care of this unpleasant business the next time we choose someone for the post" (since party decree has lately determined the office holder).

Now, we might be looking at Round 2 of Repubs Behaving Badly, with a reported criminal investigation of Utah's lieutenant governor, Greg Bell.

First and foremost, let's give credit where it is due. City Weekly's Stephen Dark has been on this story since he wrote "An Audit They Couldn't Refuse," on Oct. 18, 2012. He also broke the story about the criminal investigation in this week's Feb. 21 edition, and only then did the Tribune, the Associated Press and others pick up on it.

In reporting on the audit, Dark was basically stonewalled by Gov. Gary Herbert and the lieutenant governor. Only Herbert's spokeswoman would respond to Dark, saying the governor stood behind Bell's call for an audit. Herbert's comments in the Tribune sustain his support for Bell.

The governor seems to dismiss the allegations, expressing that Bell is a good man, and as such, the claims against him are overblown. But has the governor really looked into the matter? Has he personally spoken with the head of the Department of Human Services, Palmer DePaulis, and other staffers to get both sides? It's curious that he doesn't at least seem concerned. Just because someone is "honest," as the governor describes Bell in the Tribune, doesn't mean he or she knows how to use the power of elected office. They are different qualities.

And where is the outrage by Republicans in both instances? Since Repubs rule the state-government roost, the entire party can be severely tarnished if its members sit idly by, waiting for an indictment or some other shoe to drop before they act.

For example, with or without criminal charges, Swallow's unethical behavior -- evident in recordings, correspondence and his own statements -- make it obvious he should resign. He's in an office where integrity is the gold standard, and he currently appears to have none. Yet he remains in office -- doing what, we might ask -- while his party brethren simply murmur "due process" and "wait and see."

It's inaction that tarnishes Repubs. Swallow's predecessor, Mark Shurtleff—the man who almost singlehandedly got Swallow into office by endorsing him and heavily funding his campaign—now admits he privately went to the feds prior to the election to express his concerns about Swallow's involvement in the Jeremy Johnson case. So, why bother telling us now?

If Shurtleff truly had serious misgivings about his friend, his heir apparent, he owed it to citizens to make sure voters found out prior to the 2012 election. Many voted for Swallow based on Shurtleff's backing. Shurtleff and other Republicans could have put the brakes on Swallow's campaign, announced a last-minute write-in candidate and rolled out a media blitz so voters at least had a chance to cast a meaningful vote.

Now, because of their inaction, Utahns are stuck either with an ineffectual AG striving to be credible, or an acting AG (who'll take over when Swallow leaves) until an election can be held.

Who knows what awaits Greg Bell, and whether the investigation will yield charges. But Republicans in and outside of office should at least feign concern. We know you've grown accustomed to scandals blowing over, and you frequently bank on voters having short-term memories.