Beside the Question: Broncho | Buzz Blog

Beside the Question: Broncho 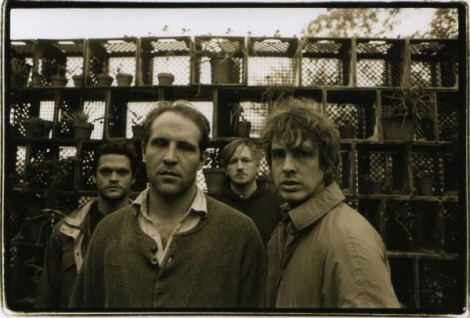 Here’s another installment of a brilliant set of stupid questions, this time with punk-ish garage-rock four-piece Broncho.---

Broncho offers up simple, nearly nostalgic, punk and rock & roll, blending surf-guitar power chords with easy-to-digest messages, sung like a mantra, as heard on the 2011 hit “Try Me Out Sometime.” It’s the sort of sound that makes concertgoers go ballistic. But the band isn’t all furrowed eyebrows and screams; they have a sense of humor.

Beside the Question with Broncho:

City Weekly: Let’s start with the most important thing: The City Weekly staff has tried to figure out which arcade game the band is playing in the press shot on your website, and we just can’t -- unless it’s Double Dragon. What is it, and why that game?

Broncho: God, I have seen that game a 1,000 times in that same spot, and, now, I cannot remember what it is. I believe it's some sort of Kung Fu game, if I remember right. Ryan is really good at that game and can beat everyone to a pulp playing it.

CW: Well, we can rest easy with such knowledge. What was the last burning question that you had to have answered so that you could sleep? And what was the answer? (Besides that last Q, mine involved figuring out how much alcohol Rogue Bacon Maple Beer had because it’s not on the label -- weird, right?)

B: Who will take care of my cats when I am gone on tour? Still trying to answer it. Still can't sleep.

CW: OK, back to arcade games. What’s the greatest “special move” in the history of arcade fighting games? Why?

B: Does Track & Field count as a fighting game? That one move where you could trip the other runner if you hit the buttons fast enough.

B: I would say when the pool stick breaks over the head. That is such an obvious move, though not that special. It always works, though!

CW: When was the last time Broncho got in a bar fight? If never, what would be worth fighting over?

B: Broncho has never been in a bar fight, but we have inspired a few. Drink tickets.

CW: Does Broncho prefer arcade games or other bar activities -- which ones? -- to pass the time while waiting for a crowd to amass at a bar?

B: We prefer eating, drinking and staring at the wall.

CW: I don’t know why I’m so fixated on bars and fighting right now. Maybe I need a drink. What should I get?

CW: Do you think this concise and poignant set of bar/fighting questions will inspire you to write a song about said topics? What would it sound like?

B: We already wrote a fight song: “Pick A Fight,” track No. 1 on our record. I don't think we will write another one. We only had one good fight song in us. We have moved on to sexually frustrated-bad-relationship-sacrilegious-song themes now.

Music Culture beside the question Video
Prev
Next