And So Begin the 2013 City Weekly Music Awards | Buzz Blog

And So Begin the 2013 City Weekly Music Awards 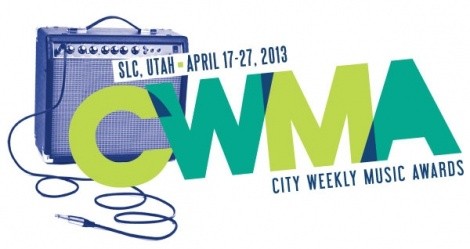 Online voting for Utah's top DJs has begun, along with other matters of importance regarding the best music in Utah.---

In case you missed the announcement in January, we have moved the City Weekly Music Awards to warmer months. The CWMA showcases kick off Wednesday, April 17, with two shows on Fridays and two shows on Saturdays through April 27. The Band of the Year and DJ of the Year will be revealed on the cover of City Weekly’s May 2 issue.

But first, it’s time to vote! Up first: DJs. CW staffers and industry insiders have nominated 35 DJs for our online poll. Vote for your favorite one (online voting ends on April 5 for DJs), and the top 10 vote-getters will compete in two DJ spin-offs, the winner chosen exclusive from the spin-offs.

As far as the 25 bands that will take part in the CWMAs: A committee has decided on the bands, and we are in the process of confirming that they can all participate. Once the schedule is locked in, online voting will begin (hopefully, sometime next week). I can say this: I'm really excited about the diversity of bands and the new acts on the list. Stay tuned.

As a brief side note about the competition element: The City Weekly Music Awards is no simple “battle of the bands.” The annual event recognizes Utah's best original bands and gives readers a series of showcases to see and hear those artists do their thing over two weeks. Yes, there will be a “winner,” determined by the public via online and in-person voting. That band will take home a cash purse, wear the CWMA crown for the next year and earn bragging rights forever. But the other 24 aren’t just musical chumps—these are the finest bands in Zion, by god. The same can be said for the DJs. And what it boils down to is—at least for me—the process of discovering new music and supporting the local scene.

For more information on How to CWMA and for answers to most of your questions, go here.

And to stay current with CWMA happenings, go here. And be part of the conversation on Twitter with #CWMA.