Movie Ticket Prices on the Rise 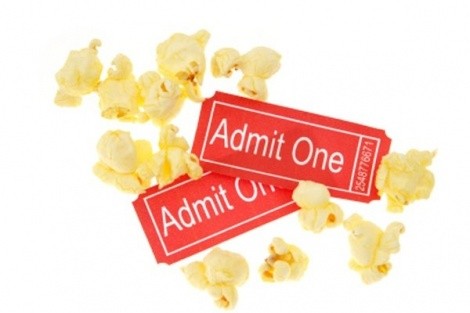 If you’re headed out to the movies this weekend, you’ll be paying more for your ticket. And not all of the theaters want it to be that way. ---

Yesterday, the Salt Lake Film Society—the nonprofit umbrella organization that operates the Broadway Centre and Tower theaters—tweeted that it was raising its regular evening ticket prices to $9.25 per person, up from $8.75. Accompanying the announcement was the hashtag, "#thankthemegaplex."

The relationship might not be obvious between one theater’s decision to raise prices and the de facto obligation of other theaters to do the same. But according to SLFS executive director Tori Baker, there’s a ripple effect when Larry H. Miller Group’s Megaplex Theaters chooses to raise its prices, as it did this week in advance of the opening of the summer’s first expected blockbuster, Iron Man 3. [A representative for LHM Group had not responded to a request for comment at deadline.]

Baker said that theaters competing for bookings are faced with studios looking at the total gross figures that the venue can deliver. And while the SLFS isn’t often competing with the Megaplex Theaters for bookings, it can be facing off against Cinemark’s Century 16 location in South Salt Lake, which occasionally books independent-leaning features like Mud and The Company You Keep, in addition to multiplex Hollywood fare. An increase in ticket prices at Megaplex forces Cinemark to do the same in this market to be able to compete in terms of the numbers it will report. And that in turn forces SLFS’s hand.

“We tend to have larger audience numbers [than Century 16],” Baker says, “but we can only beat them on a competitive level in terms of raw numbers [by raising our own prices.]”

That makes theatrical distribution a different sort of business than others, where in theory you could attract a larger market share by lowering your cost to the consumer, and make up the difference in volume. “People tend to go to their neighborhood theater, wherever their closest venue is,” Baker says, rather than shopping around for the best ticket price. And while SLFS draws from a larger radius than many other theaters as a result of its unique independent film bookings, it wouldn’t necessarily be enough to have studios give it the crucial “Oscar bait” bookings SLFS relies on during the winter awards season.

Baker notes that membership in SLFS still gives members a discount on all admissions—a discount that the organization itself absorbs while reporting the full ticket price to studios.