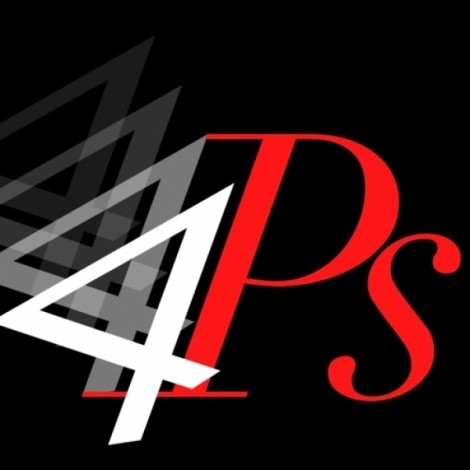 Activist and journalist Jesse Fruhwirth’s new site, the Utah4ps, casts a skeptical eye on the actions of local police, prisons, politicians and prosecutors. But it also takes aim at another “P”—poor reporting on these issues (though it doesn’t have the same ring to it).--- Fruhwirth says mainstream media struggle to report critically on law enforcement. “It’s hard to talk to reporters about how they should be tougher with cops when cops are the source of 90 percent of the information for their stories,” Fruhwirth says.

Fruhwirth, who once worked as a reporter for the Salt Lake City Weekly, started the Tumblr site ut4ps.tumblr.com in January wanting to at first create a resource for the families of the victims of police shootings, posting the first entry on the site about the first fatal officer shooting of the year in Salt Lake City. Since then, the site has covered the Legislature’s move to relocate the Draper prison at taxpayer expense to let developers get at the land underneath to following the latest in the Matthew Stewart saga.

After Stewart’s home was raided by Weber-Morgan Narcotics Officers on January 4, 2012, Stewart returned fire in a gun battle that left one police officer dead. Activists have decried the late-night raid as sloppy, dangerous and disproportionate to Stewart’s crime of growing marijuana in his home. Fruhwirth has followed the case and offered support to the Stewart family. When Stewart was found dead in his cell in May, an apparent act of suicide, Fruhwirth’s site even called out the “terrorist thug” antics of law enforcement who have left angry messages on the Facebook pages of Stewart’s family, including an officer who, prior to Stewart’s suicide, left a message on Stewart’s mother’s page, writing “I just can’t wait till he frys I’ll be there to watch his last breath.”

Fruhwirth doesn’t hold back with opinion in the site, embracing it as advocacy journalism that challenges the idea of neutral reporting. By advocating for victims of the justice system, Fruhwirth hopes to cover the story in a way most media haven’t, who may underreport stories out of deference or overdependence on law-enforcement sources. “I think all journalists are advocates of one point of view or another and when they deny i t-- especially when they deny it to themselves -- they often do a bad job of advocating because they’ve got this fire hose they’re pointing in all directions, because they want to deny even holding a firehose,” Fruhwirth says.

Fruhwirth also hopes the site will attract people who will provide tips on law-enforcement overreach and oppression. “The idea is for it to be a place where victims of police brutality can go and have the presumption be that the person they’re talking to will properly recognize them as a victim,” Fruhwirth says.

Right now, Fruhwirth runs the site, though he hopes to add more contributors in the future to continue help running the site not only as a new site, but as a rallying point for activists and upset citizens. For Fruhwirth, news well salted with outrage may be biased, but it’s better than embracing the status quo.

“What we think of neutral [reporting] is the status quo, it's: ‘How can we make this news piece the most subservient to the status quo?’” Fruhwirth says. “But when the status quo is brutal violence and oppression, then I think we need to abandon this so-called neutrality and start to work for the people.”