The Utah GOP and A Tortured Freight Train Analogy 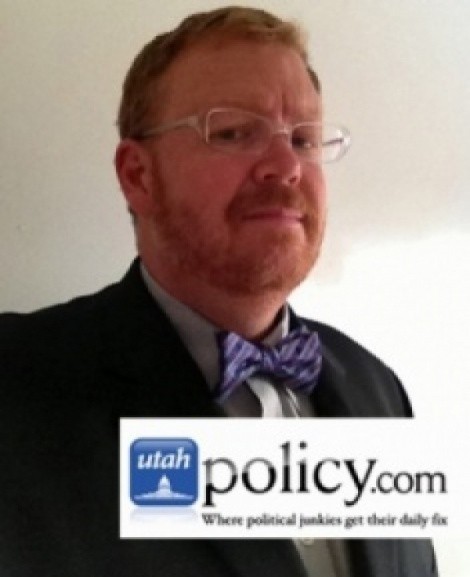 Lost in the sound and fury surrounding proposed changes to nominating candidates at the Utah Republican convention was a warning about the future of Utah politics. ---


Outgoing chairman Thomas Wright, in his farewell address, told delegates that there’s no immediate threat to Republican control of Utah politics -- which is true. The Republican majority on Capitol Hill is safe since there’s only token opposition right now.

Simply put, there is really no imminent threat to Republican dominance (hegemony?) in Utah.

But not all is well in GOP-land, and Wright knows it. “We cannot afford to write off large groups of people because we think they will never vote for us.”

He’s 100-percent right. The only question is whether Republicans will see and respond to the same threat he does. Will they see the train coming and get off the tracks?

Make no mistake, there is a train bearing down on Utah’s politics.

Utah’s demographics are changing. The minority population is growing, and the only Republican member of the Legislature who fits that description is Sen. Brian Shiozawa. That’s not gonna be good enough moving forward. Yes, the party elected James Evans, who is black, as its new chairman. But, without a concerted effort to woo minority voters and get them to the polls, it’s not going to matter much.

Wright also pointedly asked the delegates how they wanted to engage with the LGBT community. “Are we willing to write the gay community off? Do we have nothing to say to them?” he said. It seemed like a throwaway line, but it’s not. While Utah has a constitutional amendment prohibiting gay marriage, the tide of those opposing same-sex unions is turning. Poll after poll shows younger voters really don’t care. It’s not an issue that will inflame passions and motivate voters like it once did.

If Republicans expect the playbook in Utah politics to remain the same until the end of time, that’s a recipe for disaster. Right now, it’s, basically: Nominate a Republican, beat the token Democratic opposition (unless you’re in Salt Lake County), lather, rinse, repeat.

What will define the Republican party going forward is how agile it can be in dealing with the changes ahead. Will it stubbornly expect people to vote for Republicans because they basically always vote for Republicans? Will it find minority candidates who can bring minority voters into the GOP tent? Will it be able to bridge the very real urban/rural divide in Utah’s politics.

Much like Utah’s Democrats need to find a way to get their candidates from outside of Salt Lake County elected, Utah’s Republicans need to start connecting with these groups. To put off until tomorrow the outreach they should start today is courting disaster.

Whatever efforts Republicans employ, they must be sincere. Nothing will hurt their efforts more than pandering.

Reaching out to these groups will not be easy. It will make many members of the party uncomfortable. It will seem futile. There will be tons of resistance because it’s “not the way things are done.”

It will be frustrating. These voters will ask uncomfortable questions. They’ll ask why they should support you. That “R” next to the name on the ballot isn’t going to be a good-enough reason.

It will be painful. Change usually is, especially in politics.

The only thing we know for certain is change is on the way. It’s barreling down on Utah like a freight train. Right now, we can see the smoke in the distance and vaguely hear the whistle.

Do Utah’s Republicans hop on board, or do they get mowed down?

Bryan Schott is managing editor of UtahPolicy.com and UtahPulse.com. He is an award-winning journalist who has covered politics in Utah for more than 15 years. He also blogs at SchottHappens.com.