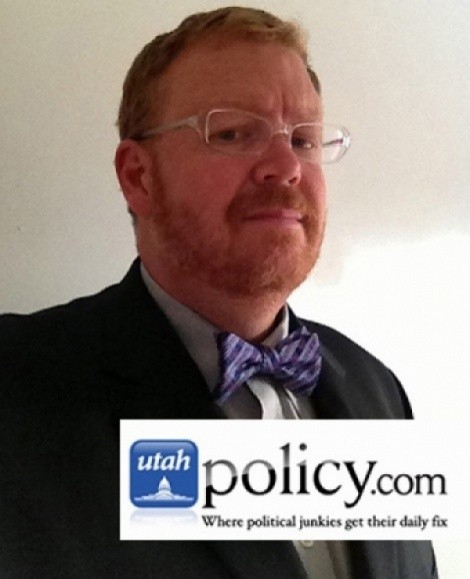 Nearly everyone I talk to expects very little from the committee investigating John Swallow. ---

“Whitewash” is the phrase most often used when the subject comes up. “Sham” and “fraudulent” have also bubbled up in conversations about the investigation into Swallow. I’m still waiting for someone to use “flimflam” or “shuck and jive.” Actually, I just did -- so we can move on.

This sort of nihilism is to be expected, I guess.

I’m excited by the prospect of an investigation into the state’s top law-enforcement officer by the legislature. Not because I have any rooting interest in Swallow’s guilt or innocence, but I’m thrilled by the political theater.

It’s going to be glorious. In fact, it already is.

Swallow’s lawyers have signaled their contention that the whole process could be illegitimate.

The original chair of the investigation, Lowry Snow, somehow didn’t disclose his connections to one of Swallow’s accusers and was removed from the committee.

Democratic Chair Jim Dabakis sits in a corner, chewing on his hand to keep from saying something completely over the top, even though it goes against every instinct in his body.

We haven’t even had the first meeting of the panel yet and it’s already popcorn-worthy.

It’s all terribly exciting -- at least to me. But not to those who don’t live and breathe politics 24/7.

Maybe the lack of faith on the part of the public is what they’ve come to expect from our Legislature. They still have the taste of HB477, Kevin Garn’s naked hot-tub romp with a teenager, Sheldon Killpack’s DUI and other scandals on their tongues.

It’s a sad statement that the general public, most of whom are certainly aware of the alleged wrongdoing by Swallow, have no conviction that the Legislature will get this one right, let alone do anything at all.

Seemingly, we’re already off to a bad start. When the news about Rep. Snow's conflict broke, you could hear a collective “here we go again” sigh across the Wasatch Front.

Some are finger-pointing at Becky Lockhart, saying she should have done a better job determining if Snow were above reproach here. Others say Snow should have figured out whether he had a conflict and disclosed that.

Actually, this happened because this sort of thing is commonplace on Capitol Hill. Connections on both sides of the aisle are chummy. Nobody looks twice when someone has a conflict or a sketchy business connection. Lobbyists can be lawmakers. Lawmakers are married to lobbyists. It’s all very insular. There’s a reason the atmosphere on Capitol Hill is sometimes called “the bubble.”

It’s how we got to this point with John Swallow, and his predecessor, Mark Shurtleff. It’s just an erosion of what the public expects from our public servants.

I’m sure that many on Capitol Hill don’t mind the lowered expectations. When the public doesn’t trust you to make the hard choices, you really don’t have to. Difficult decisions often lead to struggles at the ballot box. Better to keep your head down, avoid media attention and get re-elected year after year after year.

Bryan Schott is managing editor of UtahPolicy.com and UtahPulse.com. He is an award-winning journalist who has covered politics in Utah for more than 15 years. He also blogs at SchottHappens.com