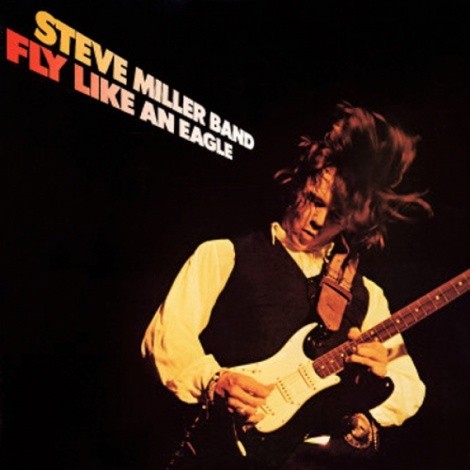 He’s a smoker. He’s a joker. He’s a midnight toker. And he’s also one of the greatest rock musicians in the world.---

I wasn’t sure what to expect from a band that's been entertaining America for nearly half a century, but on Wednesday night, I experienced music that spans across generations (and, apparently, socio-economic classes). From mullets to manicures and Bordeaux to beer bellies, all genres—rock, blues, country—and all people were satisfied.

At nearly 70 years old, Steve Miller has not slowed down, and neither have his fans. I fulfilled a lifelong dream seeing him perform live, and it was clear that many others felt the same.

Steve Miller took the stage, and the audience shifted from seated complacency to a standing ovation before the music even started. As with any rock concert performed by one of the greats, the energy was palpable as the audience eagerly awaited entrance to classic-rock heaven.

The crowd seemed to inhale a collective breath of satisfaction as the set opened with “Jungle Love.” And as the second song, “Take the Money & Run,” began, I thought to myself, “This is a band that can play an entire set and every song makes me think, ‘God damn it, I love this song.’”

As the band played through a set of everyone’s favorites—“Abracadabra,” “Mary Lou,” “The Joker”—a synergy seemed to reach across the stadium. Strangers danced with strangers. A spontaneous game of toss with glow sticks ensued, beginning and ending in an anonymous crowd that had become friends bonding over mutual admiration of rock & roll. The crowd was there to rock out, and the Steve Miller Band was there to ensure their needs were met.

But, perhaps the greatest achievement of the night was time travel. Steve Miller seemed to transport the audience through the decades when the band played “Fly Like an Eagle,” and the words “time keeps on slipping into the future,” were the most profound thought to enter the minds of '70s youth.

I smelled a joint behind me, and sat back to enjoy the light show that may or may not have given people flashbacks of melting ground and rainbow skies, but corresponded flawlessly with the music.

Each member of the band was an artist. Jacob Petersen on the guitar, Gordy Knutson on drums, Kenny Lee Lewis on the guitar and bass, Joseph Wooten on the keyboard, Sonny Charles killing it on vocals, and, of course, the one and only Steve Miller. It was more like watching a jam session, with each musician letting the music take over, than it was like watching a performance of songs that have been played for decades.