The Black Crowes at Red Butte

The thing about rock & roll (real rock & roll -- Southern-bred rock & roll, not some bullshit masquerading as such) is that it has grip, a visceral wallop of a thousand plates of biscuits & gravy and a jar of homemade hooch. This was attested to by The Black Crowes sold-out performance at Red Butte Garden on Sunday night.---

As a Southern man, it sort of goes without saying that I have a near-and-dear love for the Athens, Ga.-based band (the same can be said for the Allman Brothers Band, The Band, etc.). I think it was 1993, three years after Shake Your Money Maker had come out, and my 10-year-old self was stuck on Boyz II Men and the like. When I heard “Hard to Handle,” it just hit me; rock & roll is a mighty thing. I thank The Black Crowes. And now, 20 years later, would I still have that love and connection for the aging rockers? In two words: hell, yes! 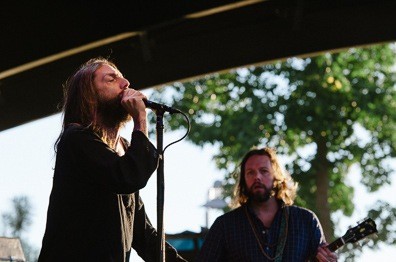 The band, led by the brothers Robinson (Chris and Rich) took the stage with gusto and in full force. I was taking the photos you see here, so I don’t know what that song was (in the zone, ya know), but the second tune, “Twice as Hard” was one of the show highlights. A mature audience (read: One that’s been with the band over its 20 years) fist-pumped, yelled, boot-stomped and so on -- OK, I’ll just say it -- they were shaking their moneymakers. The first songs were a ruckus and made for a jubilant time. 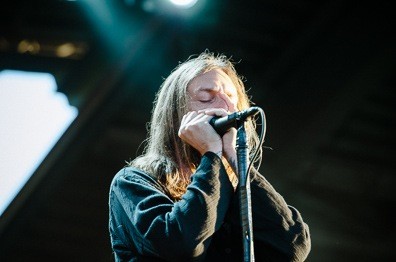 That lanky, bouncy, bearded, mystic-like frontman Chris still has all the sexy appeal and swagger he’s always had (I’ve seen the band about half a dozen times), and it really shines in concert. The soulful hooks and searing guitars made the tunes soar, but when Chris was dancing barefoot, shaking his long hair and beard, the crowd responded and was up front in a hurry. The band continued to deliver a big dose of upbeat rock, including “My Morning Song,” which was the first real opportunity for the band’s new guitarist, Jackie Greene, to show off his chops. Greene played nicely with the band’s principal songwriter, Rich Robinson. 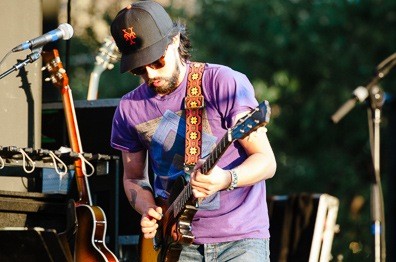 As the sun set and the moon was aglow atop the mountains, the band slowed things down a bit. As Robinson, in his rich and fire-like voice, sang, “Someday love is gonna take me home,” from “Shine Along,” I was the most moved (despite all the hard-hitting rock). The Black Crowes, like many of their Southern-rock forebears, don’t shy away from long instrumentals and downright finger-licking jams, and they proceeded to give the audience a palate cleanser before heading into “Thorn in My Pride.” 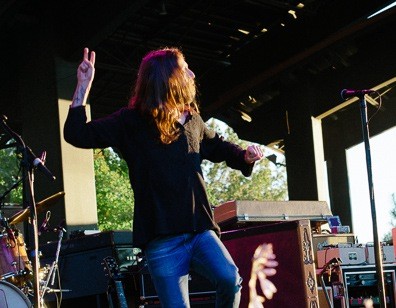 After “She Talks to Angels” (during the song someone threw dozens of glowsticks into the crowd, hoping to create an ethereal feel, I guess), the Crowes picked it up with a few of my favorites in “Wiser Time,” “Remedy,” “Hard to Handle” and then “Hush,” which they totally rocked out. 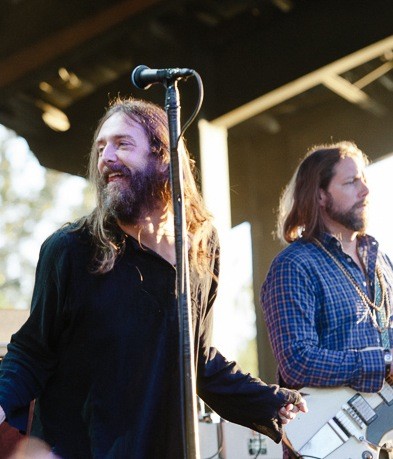 The Black Crowes encored with “Magic Rooster Blues” and “Boomer’s Story” to settle the crowd back into their shoes after they had been up and dancing for two hours of killer music. Do the Crowes still have it? Absolutely. Was this the most rockin’ show of the Red Butte concert season? Most likely. 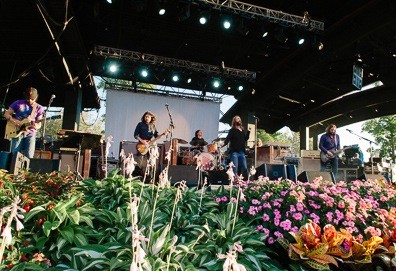 Best overhead statement: “That looks like a purple cabbage,” which was in reference to the purple/white swirling backdrop at one point during the show.
What was in my picnic basket: cornichons (!), Crumb Brothers baguette, Toscano fennel pollen salame with Sangiovese wine from Olli Salumeria, Sartori Bellavitano Balsamic cheese, peach cobbler
What I was shooting with: Nikon D7000, Nikkor f/2.8 70-200, Nikkor f/2.8 17-55
Random outtake from reporter’s notebook: My momma don’t eat groundhog, but my daddy do.