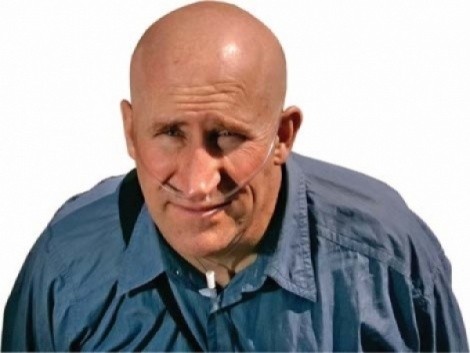 The Salt Lake County District Attorney’s Office arrested Tim Lawson, a fundraiser, political fixer and ally to Utah Attorneys General John Swallow and Mark Shurtleff, on six felony charges, including obstruction of justice, threatening a witness and failing to pay taxes on roughly $120,000 he received in payments from Marc Sessions Jenson, a businessman convicted of securities fraud, who used Lawson to gain access to Shurtleff and Swallow.---

Thursday’s bombshell charges indicate the first of potentially multiple arrests to be made in the ongoing investigation being conducted by a joint operation between investigators with the FBI, the Utah Department of Public Safety and the office of the Davis and Salt Lake County District Attorneys.

Charging documents against Lawson corroborate accusations leveled against the controversial figure, which City Weekly initially broke, including that in 2009, Lawson threatened physical violence against a man named Darl McBride, who had been seeking to regain hundreds of thousands of dollars that he says he’d been defrauded out of by by developer Mark Robbins.

According to charging documents, Lawson threatened to send his “Polynesian friends” to deal with McBride if he didn’t stop publicly trying to track down Robbins to reclaim his money. This threat precipitated McBride actually meeting with Shurtleff, who offered to get $2 million from Jenson to buy McBride’s silence on the matter.

Court documents also show that not only did Lawson want McBride to back off Robbins, but also, as City Weekly first reported, so did Shurtleff. The court documents also show that Shurtleff even admitted in the meeting with McBride that Robbins was likely operating a Ponzi scheme, but he still wanted McBride to back off from going after Robbins through a website to reclaim his money.

The documents also reveal a litany of other alleged wrongdoings, including that Lawson repeatedly gave false information to FBI investigators. In February 2013—more than a month after the media reported allegations made by indicted businessman Jeremy Johnson that Attorney General John Swallow had tried to facilitate a bribery of a U.S. senator—Chief Deputy Attorney General Kirk Torgensen complained to the Davis County Attorney’s Office about “the involvement of defendant Lawson with victims and witnesses,” according to the charging document.

The court document does not specifically address whether Lawson was interfering with witnesses who were knowledgeable of Swallow’s dealings with Johnson. But the charging documents do demonstrate that Swallow had been warned early on about Lawson, with Torgensen telling Swallow in a 2010 e-mail that “Lawson is the guy who is going to bring the house of cards down.”

Despite that warning, the charging documents show, Swallow maintained very close ties to Lawson. As City Weekly first reported in 2012, Swallow vacationed in 2009 with Lawson, Shurtleff and Jenson at the luxurious Pelican Hill resort in Newport Beach, Calif. And according to the documents, 680 calls and text messages were exchanged between Lawson and Swallow between April 2009 and March 2013.

The charging documents show that Lawson also threatened an investor in the Mount Holly ski-resort-development project, allegedly on behalf of his then-employer, Jenson. It’s a claim that’s consistent with City Weekly’s 2011 reporting on Lawson that found that Lawson threatened other investors in the project that was adversarial to Jenson.

In April 2013, when City Weekly asked Lawson about complaints against the work he did arranging access between legally troubled businesses and individuals, Lawson was blunt.

“I’ve had people from [the Attorney General’s] office call me and tell me this is my fault,” Lawson says. “I said to them, ‘You know what—how do I put this politically correct?—go screw yourself.’“