How to Get Nominated for the CWMAs | Buzz Blog

How to Get Nominated for the CWMAs 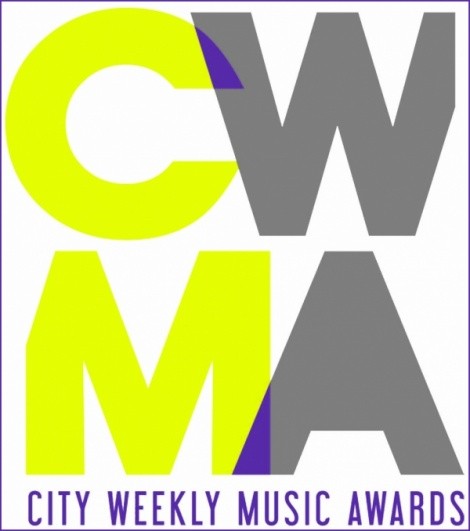 The ballot for the City Weekly Music Awards is now live, and includes some of the best musicians and bands our local music scene has to offer. All of the bands, rappers and DJs on the ballot were nominated by a committee of local venue owners, music writers and radio personalities who experience and cover the music scene throughout the year. --- However, Utah is so full of talented musicians that it’s impossible to nominate all of them, and there are a lot of bands/DJs/rappers who we just aren’t aware of. So, if you are a musician who wants to be considered for next year’s CWMAs, here's how to get on our radar and perhaps even get covered in City Weekly before next year's CWMA showcases.

What We’re Looking For

1. Musicians who perform consistently. If you’re hitting up our local bars or venues at least a couple of times a month and working to get your music heard, that’s great. If not, contact us once you’re playing shows and people can actually come see you play. For bands to be nominated, they need to have released an album or gone on tour since the previous CWMAs, which normally take place in February.

2. Musicians who are driven to create new music. If you’re stuck on playing the same songs you were a couple years ago, that’s not for us—zzzzzzzzzzz. For bands to be nominated, they need to have released an album or gone on tour since the previous CWMAs.

3. Local music news. Are you going on tour? Are you releasing a new album? Are you celebrating some awesome event/holiday/anniversary with an awesome show? Holy crap, that’s righteous! Let us know about it a few weeks or more in advance so we can make sure there’s room in print to write about it—remember that we’re a weekly paper and schedule features about a month in advance. Preview blurbs for Music Live are scheduled a little over a week in advance.

4. New local albums. We always want to hear local music so we can review it or learn about your band. Sending a physical copy of your album (with a press release) to our office is the best way to make that happen, but digital downloads work, too. See contact info below. Local CD reviews are published every other week in the paper and online.

5. Genres we’re interested in: Pop, country, rap, folk, rock & roll, soul, funk, noise rock, shoegaze, punk, metal, indie rock, chiptune, krautrock, squirrel thrash (OK, that one was made up) … you get the idea. We’re into anything as long as we think it would be of interest to our alt-y readers.

What You Can Do

1. Have a website. Be it Facebook, Reverbnation, Bandcamp or fancy-schmancy domain, having an online presence makes it much easier for writers to find out about you. Which leads us to …

3. Post music online. Even if you haven’t released an album yet, posting a song or two on your website is a great way for writers to find out what you’re like.

4. Get press-style photos taken of your band. You know the type. Stand in some woods and look in different directions. Get on a five-person tandem bicycle and ride through some puddles. Hold some stuffed animals and stare at your shoes. Wear all black and look creepy. Doesn’t matter, as long as it’s visually interesting, has all the band members in it and is (preferably) high-res. Live shots of you or your band in concert work, too, if the lighting is OK.

Finally, you can send all new music, press releases and any other information to Salt Lake City Weekly Music Editor Kolbie Stonehocker at: