Local Releases: An Inversion Of Music

New year, new albums, new things to look forward to. Those of you looking to build a local music collection, we've got a baker's dozen for you to check out today, including a release show. --- Let's dive right into everything that's been tossed online in the past few weeks, first up being a split EP from instrumental producer Gaszia and dubstep/electronic producer RoboCLIP. Both have been doing some fine work in the city and on the label Damn Son, and The Divercist EP is a nice sample of what the two are capable of. You can pick it up for whatever price you want to pay off their label's Bandcamp.

Speaking of Damn Son and Gaszia, he's got another split album off to the side with electronic artist Xian called Feel/You. This one is a full eight tracks, with Xian getting more of the play on this album. It's definitely worth checking out as well on the label's Bandcamp.

Since we're still in the electronic section, last week saw the latest from Durandal, a beats producer working more on the experimental noise end of things. He's been pushing out the occasional release more recently, including this five-track EP called Night Terror. It's more of what you'd expect people at haunted attractions to be getting ready to before they chase you down a long hallway with a link-less chainsaw. You can snag it for whatever price you'd like, along with the rest of his catalog on Bandcamp. 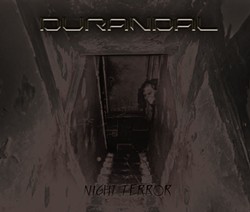 Changing to a hip-hop vibe, we've got the debut from 2MK. The combination of two emcees Doc One and Lokol, the project was formed in early 2012 but we haven't seen much of them around the area as far as playing gigs. In any case, they released what could be considered their debut album a couple weeks ago called Prelude To "The Sacred Art." Supposedly, there's a bigger album on the way called The Sacred Art, but at the moment there's nothing online pointing when it's coming out. You can snag this full-length album for free off their Bandcamp.

Keeping with the hip-hop, M.C.Untytled has a brand-new album on the shelves of his experimental noise rhymes, but I won't need to talk much on the album Winter, because you can read the review of it from a couple weeks ago written by City Weekly's own Kolbie Stonehocker over here. You can listen to singles on Bandcamp, but you can't buy online—gotta go find the man in person or find a shop selling it for now.

The last from the hip-hop section this week will be the debut album from Jekyll An Hyde, a pair of emcees going by the names Dan Davis and Ziggy. Not much to write home about the duo as they've only been together for a few months, but they've already cranked out a 26-track debut album by the name of Hulkshit Mixtape. It's worth at least checking out, which you can do for free on their Bandcamp.

Switching to more rock/alternative music, next we got a debut album from Logan by the band Cat Fever, a two-man project of sorts starring Blake Hunter Thomas as the primary force behind the band (making up 95% of the creative direction behind it) and Taylor Ross Wilson as a recruited partner for live shows. The project has been around for over a year, mostly rocking the Cache County scene, and now they have a debut EP called Mountain (which Local musician Clint Holgate helped Thomas out on during the sessions). You can read a full review of it in next week's issue of City Weekly, or download now for whatever you feel like paying on Bandcamp.

Next up is Out, Out. That's not a typo, there's a comma there for, well, who the hell knows why. Because it was creative maybe? But it'll probably drive music editors nuts down the line. They've only been around for half a year and seem more into making graphics than playing gigs, so their debut release, Songs To Forget Me By, kinda came out of nowhere. If you're into older alternative, this may be an album for you, but you'll have to snag it in person as they've yet to put it online.

Since we're in alternative, The North Valley (seen above, courtesy of Facebook) released their debut full-length album last week, and even had a couple of shows to celebrate it. Patterns In Retrospect sounds pretty damn good, and you can snag it on Bandcamp. But if you want a full review, check out Kolbie's write-up of it from a few weeks ago.

From alternative to black metal, we travel down to Payson for the debut album from Onethium. This is a trio made up of heavy musicians with heavier chosen names like Draven Graves, Nokturhn Archahl and Tormenthl Marum. Depending on how you listen to it, you can either get the full screaming vocal effect or you can't tell it's there, which makes every listening a brand-new experience on their debut full-length titled Foreshadowing Oblivion. You can grab a copy of it for $5 on the group's Bandcamp page.

From black metal to thrash metal, last night saw the debut release from Deathblow, an SLC foursome that started out as a cover band six years ago, changing to an original music lineup in 2011 and have been plugging away at the venues ever since. Their debut album, Prognosis Negative, can currently be heard on Soundcloud until week's end, and then we wait to see when it can be purchased online. These guys are a really fun group worth checking out if you're into metal.

And that leads us to the one release show of the week from Stubeeee. This is one of those groups who you're not sure if they're a genius cranking out hits or an insane musician just pushing whatever they can out the door. Since mid-2011 they've put out 10 releases, the most recent being Escape From Coffeeland in March 2013. Normally I'd hold back on talking release shows, but they haven't had one out in over 10 months, so perhaps they finally found their groove for the unnamed album to be. You can see what it is tonight at Kilby Court for their release show as Stubeeee play with Tetris Fingers, Gaszia and Kudo. The show starts at 7 p.m., and tickets are just $6.