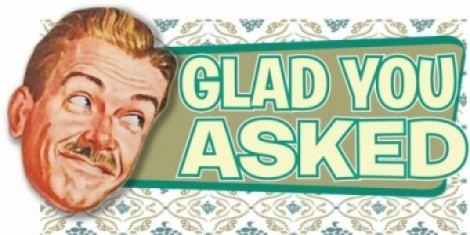 Dear GYA, Yes, of course I'm disappointed that the stupid malen'kiy Olympic rings malfunctioned at last night's opening ceremonies (pounds fist on table). But hey, Vladimir is uh, how do you say, hip cool guy now. I'm not going to lose my temper or take my shirt off.---- No no no. I'm just going to ... uh, you know, turn up the beatings an eeenssy beeensy to guarantee perfect Olympics for Mother Russia. Anything happening this weekend as flawless as Sochi? -Vladimir Putin

Vladmir, if we've learned anything from the Chinese Olympics, it's to always turn up the beatings. Here's what's happening this weekend starting with Friday's events:

Tonight is the monthly dubstep showcase Dubwise at Urban Lounge. Illoom, Roommate, Xzentradi and PRFT are on the bill. The show starts at 8 p.m. Tickets are $10 at the door.

The one man band of Keller Williams will be at Park City Live this evening. The show starts at 9 p.m. Tickets are $25 to $30.

Local singer-songwriters Charles Ellsworth and Vincet Draper are hosting a release party for their album Salt Lake City: A Love Story, tonight at The State Room. Crook & The Bluff are also performing. The show starts at 9 p.m. Tickets are $10.

The Eagle Fan Jam featuring Jerrod Nieman will be at The Depot tonight. Tickets are $20. The doors open at 6:30 p.m.

Salt Lake Acting Company's presentation of Grant & Twain will be going down tonight at 7:30 p.m. Tickets start at $15.

The weekly Winters Farmers Market will be going down today at the Rio Grande Depot beginning at 10 a.m.

The 5th Annual Samba Queen Gala will be happening at Urban Lounge tonight.  The show starts at 8 p.m. Tickets are $15. Afterward, stick around for a dance party with DJ Matty Mo at 11 p.m.

Post-hardcore band Falling in Reverse will be at The Complex this evening. Escape The Fate is also performing. The show starts at 7:30 p.m. Tickets start at $20.

Punk band The Menzingers will be at Kilby Court tonight. OWTH, Broadway Calls and Problem Daughter are also on the bill. The show starts at 6 p.m. Tickets are $14.

Indie-pop band Dresses will be at Kilby Court tonight. The show starts at 7 p.m. Cumulus is also on the bill. Tickets are $10.

Legendary banjo master Bela Fleck and Brooklyn Rider will be on stage at the Egyptian Theater at 7:30 p.m. Tickets start at $18.

Hip-hop group Rehab will be at Urban Lounge. Angels Cut will warm it up. The starts at 8 p.m. tickets are $15.

DJ Street Jesus will be holding down Funk and Soul night at Bourbon House. The music starts at 9 p.m. Admission is free.