Tomorrow night at Muse Music Café in Provo, two local musicians will both release monumental projects: Rapper Donnie Bonelli will release his debut full-length album, Shakeface, and singer-songwriter Drew Danburry will release 70 Love Songs, an extensive 70-song record by his For All the Girls side project. --- Scott Knopf, aka Atheist, who contributed to both albums and is featured on the awesome music video (created by The Provokings) for the single “Shakeface,” will also perform.

Shakeface isn’t the first release from Bonelli—a 31-year-old Salt Lake City transplant from Southern California who’s a member of the Provo rap collective House of Lewis—but it’s a significant accomplishment as the first project that he feels truly represents him as an artist. The album is a catchy, diverse mix of hip-hop, funk, soul and more, and showcases Bonelli’s abilities as a rapper and as a singer-songwriter (he also creates music in the band Brothers). The topics Bonelli raps about range from lighthearted and fun to serious and personal, but it’s all told with a sharp wit and sincere honesty.

Bonelli chatted with City Weekly about how he got his start in hip-hop, House of Lewis and the meaning behind a few of the songs on Shakeface.

How did you start rapping?
I grew up in a town in Southern California called Moreno Valley, and people in Southern California know Moreno Valley as kind of the suburb that’s also the ghetto. I grew up in a really culturally diverse neighborhood. I experienced a lot of things that most middle-class white kids don’t really experience, and one of those things that I was able to experience was a real in-depth introduction to hip-hop from a really young age. … But I didn’t actually get into hip-hop until I was like older; I think I was like 15 when I started rapping. I was taking a T-shirt printing class, and we would go into to the darkroom and there would be kids in there freestyling. And I’d go in just to listen them because I thought it was so interesting. And eventually, they kind of made me give it a try. They were like, “If you’re going to stay in here, we want you to join in,” they thought it was weird that I’d just sit and listen to them. So I gave it a try and I was decent at it, and so I just started developing it from there.

What’s the overall vibe of Shakeface?
The album is, for lack of a better word, all over the place, but I think in a good way. My idea is that I wanted to make something that really represented real life, but still in a caricature kind of way. So there are songs on there that are about really heartfelt, serious things that I’ve experienced.

What makes the House of Lewis collective unique as far as rap style?
I think one thing that we, as a collective, all share is the desire to just be sincere and genuine in everything we do. So we don’t worry if something is going to be popular or catch on, we just make music that we wanna make. And we hope that people will like it, it seems like people do. But at the same time if people don’t, we don’t really get stressed out about it, we don’t let it bother us … . Basically, when it comes down to it, we each have our own unique style, but they all fit together really well.

You listen to Apt’s album, Do Yourself In, it’s kind of dark and it really dwells on a feel that’s more common to darker rock music, yet the rhyming and the wordplay on it is such a saturated version of hip-hop that hip-hop fans tend to like it even though it’s not what they normally listen to. But then you just listen to Atheist’s album, [Topanga], and it just feels like a classic hip-hop album. And then Chance Lewis, his most recent album, [We’re Just Happy to Be Here], is just like a love letter to Provo, which I think is great. He’s lived there for 10 years, and most artists don’t make an album that is blatantly about this small town that has like a really small audience. But Chance isn’t afraid to do that because that’s just who he is. I like working with all those guys because I know that no matter what happens, whatever we’re going to come out with is going to be sincere and high quality.

How do you describe your style?
When people ask me what my music is like, I just tell ’em it’s rap. Just to keep it simple. But I sing a ton on the album; there’s a lot of influence from different kinds of music. … In my opinion, you don’t often see an album with the kind of range that Shakeface has, which is part of why I called it Shakeface: I wanted it to kind of feel like the audience is seeing one side of my personality at a time and going back and forth from one side to the other. 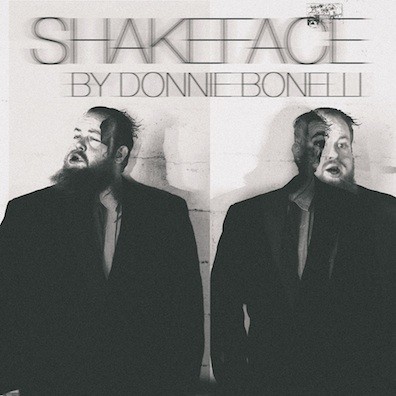 What are the meanings behind some of the songs on Shakeface?

“Isolate Shirts”
The song’s really about just growing up where I grew up and how in spite of a lot of hardship I’m able to continue moving on, continue growing and doing more and more with art and more and more to better my situation as a citizen and how that’s something that we can all do. It’s not just limited to certain people. We all have the ability to make opportunity for ourselves and use the talents we have, whatever they are, to better our lives. And better the lives of others as well. So I think that if art isn’t doing some good for other people, then it’s not really worthwhile.

“Too Hot”
It’s pretty much just the four of us—Chance Lewis, Apt, Atheist and myself—just kind of bragging about how awesome we are over a really heavy, loud beat. There’s a part where Atheist raps in binary, which I think is just incredible. He spells out the word “hot” in binary, which takes eight bars or something like that.

“Run Tonight”
Chance Lewis wrote the hook for it, and then it’s performed by Mimi Knowles. He’s amazing and he also wrote the bridge on the song. It’s basically a story about trying to rescue someone from depression, which is something that I deal with. It’s something that has really cast a shadow over my life in the past and something that I’m constantly having to address and work through, and so for me that’s probably the most special track on the album because I was able to basically talk about something that I’ve usually been kind of afraid to talk about in public or with friends. And I think that that’s an important issue. Especially nowadays, It seems like more and more people are dealing with it or are open about the fact that they deal with it. And so I wanted to join that conversation in the best way I feel I can, which is through music.