One of the most awesome things that's slowly starting to rise across the Wasatch Front are private concerts. A chance for people to see bands in intimate settings for cheap in a cool environment. --- They don't happen often, but when they do, it becomes an awesome opportunity for fan to see their favorite musicians play a unique show, and for the musicians it's a chance to connect to fans in a way they rarely see.

So of course, the city where these types of shows are really taking off is Provo, home to the rising indie scene of Utah where a handful of bands are getting signed every few months. The Loft Concert Series has been quietly running in the background, giving local music lovers an up close glimpse into the future of their city's music scene every month in secret locations around the city. Today we chat with one of the organizers, Nellie Kat Rajabi, about the series and local music in general. (All pictures courtesy of the LCS.)

Gavin: Hey Nellie, first off, tell us a little bit about yourself.

Gavin: What first got you interested in the local music scene?

Nellie: My interest was honestly first derived from my need to stay sane in Utah. I wasn't familiar with this place at all so I gravitated toward the one thing I am very familiar with: music. I didn't need much convincing after going to a couple of shows and seeing the amount of talent there is to witness out here. I remember being somewhat confused, thinking there are so many signed bands—to big labels even—that could learn so much from the bands I'm watching on this tiny stage, in this random little town I'm living in right now.

Gavin: Who were some of your favorite acts you saw when you first started going to shows?

Nellie: There are a ton of impressive bands that I've heard in Provo and SLC, but the first band that I ever tried to Google or look up on Spotify was Lake Island. I had just moved here at the time and happened to end up at one of their shows. They had just a familiar sound to me so I assumed they were touring through so when I couldn't find them anywhere on Spotify or my other musical sources I was super confused. The Moth & The Flame for sure. I have no words. All I have to say is there's a reason why they're doing so well and they damn well deserve it. And then there's Joshua James—he's mesmerizing on stage.

Gavin: How did you start getting involved and taking part in things around Provo and SLC?

Nellie: Well, I was working in Los Angeles at Warner Brother Records at the time and knew I'd have to leave it all to come to school here really soon, which was really killing me, so I decided to get in contact with anyone I knew out or should know here involved in music scene here. Lance Saunders, Kaneischa Johnson and Corey Fox just took me under their wings, let me get involved and really helped me get the vibe of things here. I love them so much for it.

Gavin: When did the idea come about to start up your own concert series?

Nellie: It was kind of a combination of taking advantage of our space and my roommate's slight obsession with Joshua James. We were loosely dancing around the topic of house shows one day and the conversation somehow kept looping back to Joshua and her dying desire to have him play in our apartment. We made this whole plan of limited seating, higher entry cost, and then Joshua could keep it all, of course. Real cute, huh? Anyway, I told her we should probably start a bit smaller, get some hype, and then I'd tackle her one wish. So that's what I've been doing.

Gavin: What made you decide to hold it in private buildings and smaller spaces?

Nellie: I think there's a nice element of intimacy when it's in a small, closed in space, especially with this place given the downtown Center Street views and the overall quaint feeling of it. The acoustics, style, and space of our flat are just so epic, we thought why not do it in here—we live above a Hookah shop and a bar so it's not like our neighbors will give a shit. Plus, it was either that or doing it on our roof, but that thing feels like an old man's back sometimes. Either way, I'm going to try to swing it in the summer months, ha.

Gavin: What was it like for you starting up the series and finding places to hold them?

Nellie: Starting up the series was really simple. It all made sense—I have all the right resources, passion for music, and plus the space was practically begging for it to happen.

Gavin: What did you think of the public reaction to it when it first started up?

Nellie: I was honestly surprised with the amount of people I've never met that found out about it and showed up, especially because our “promoting” really consists of word of mouth, an Instagram the day of and maybe a Facebook invite if I'm feeling really ambitious. The reaction was rad. Everyone was genuinely listening to the artists, having worthwhile conversations and kinda just soaking it the vibe of the night. There was immediately buzz around the idea of holding more house shows so I knew it was definitely something people were interested in.

Gavin: How do you go about choosing what bands you want to play the series?

Nellie: The show typically sparks up because of one particular band, like the first show with Nathan Reich, a Nashville artist who happened to really like both playing house shows and the crowd in Provo. He is friends with Adam Klopp, who suggested that I host him. And from there, I picked artists that would complement one another's styles and personalities.

Gavin: What are your future plans with the series and where do you hope to see it go over the next year?

Nellie: Future plans are just to keep celebrating and spreading the crazy amount of music talent with the good people of this city. And whichever other cities happen to be represented in the room. Really, I'm doing this because it makes a lot of us happy. There are artists here that simply want to share their work with us and I feel it an honor to have the tiniest part in helping them do that. So I plan on keeping it going for as long as I'm in Provo, which will definitely be through the next year. Oh, and I have to host a night of Joshua here. You know, for my roommate. 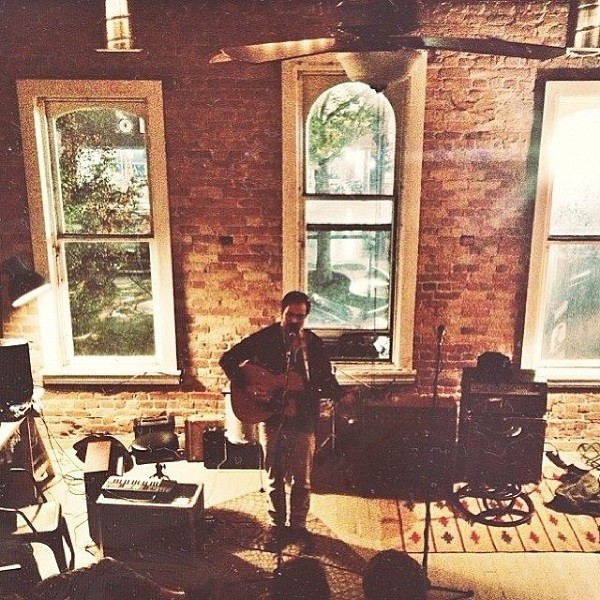 Gavin: What are your thoughts on the current music scene in Utah?

Nellie: The current local music scene, as booming as it is, is still completely underrated in my opinion. More recently I think a lot of people within the industry have seen this pattern of really stellar bands pushing out of this area so now they're paying attention. I just have personally found the cultural stigma to be that all amazing bands are originated in Southern California or New York. I mean, a lot of amazing bands have been found in those areas and a lot of my friends' bands have become huge successes. But there's also a good amount of talent here and luckily, I think that's really starting to get recognized.

Gavin: Who are some of your favorite acts, or bands you feel people should be checking out?

Nellie: I would say all the ones I had mentioned previously: The Moth & The Flame, Lake Island, Bat Manors, L'Anarchiste, Coral Bones and Luna Lune. If you haven't checked them out you really should stop reading this and go do that instead.

Nellie: The local music airplay is beyond impressive. I can't even express, which is strange coming from me because I am not a radio enthusiast in the least bit, but it's definitely one of the best forms of local music discovery out here. When I'm at home in Orange County or L.A. I will avoid it. Backwards, I know. It still trips me out too. That's the first thing that really caught my attention when I moved here, my phone was being weird so I had to listen to the radio one day and found KRCL and 88.1, which I believe is student run, and was so confused about how fresh the selections were. Any sort of exposure is crucial for an artist, especially airplay on a credible station within their area. You don't see that happening in California, they don't care about these little artists that haven't been signed yet frankly. The local loyalty and promotion in Utah is very unique and is one of the best forms of advertising for these growing artists.

Nellie: I think sites like Bandcamp really level the playing field for indie artists. It's a really great tool for them to increase their online presence and fan base. Also, these kind of sites don't charge huge fees in order for artists to sell their music, which makes a huge difference when money isn't even in the equation yet. It has very much turned into a necessary marketing tool for bands.

Gavin: What can we expect from you and the Loft Concert Series over the rest of the year?

Nellie: Expect good times. Expect an invite. And expect to come. I don't know- I hope that it can be just another way to further unite the music community, meet like-minded people, and open doors for possible collaborations.

Nellie: This Thursday night is the next show in the series. It'll be Luna Lune who will headline, and Swimming Forever, a touring band coming through after SXSW. There's going to be a lot of energy, you won't want to miss it. My place is above The Hookah Collection, next to ABG's on Center Street next to the dolphin mural (20 N. Freedom Blvd). The music starts at 8 p.m. I don't have a website or a personalized Instagram for the series, it's honestly just by word of mouth and my Instagram and my Twitter that people find out, and I think I like it like that. It keeps the right people coming. I always post invites and other fun music junk on those accounts.