Local Releases: We Haven't Been Here That Long | Buzz Blog

Local Releases: We Haven't Been Here That Long

This week, we've got some awesome releases and a weekend full of shows as April marches along with a bucket of music. --- First up is an EP from Ties For Tolliver, a two-man project that hasn't been around very long—roughly six months at least based off live shows. The Ogden duo of Austin Berenyi and Josh Jorgensen put together this self-titled EP, a mix of original songs and covers, and threw it up on Bandcamp for everyone to check out. You can purchase a copy for a mere $5. 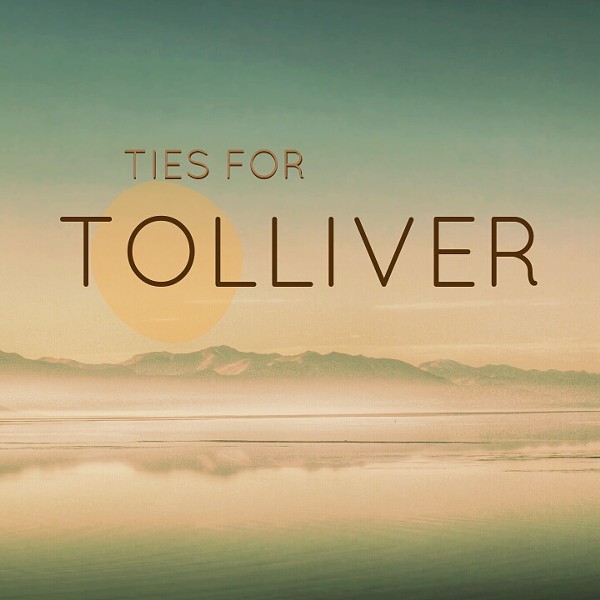 Next up we have the latest project from Jake Haws. That name should be familiar to those in Utah County as Haws is one of the members of the alternative group Adding Machines. For years, Haws used to make music in a band called Declaration that he started during his freshman year at BYU, first from 2001 to '02, then again from '05 to '08 after members returned from LDS missions. They released their debut album, Panic Button, in 2006 and then their follow-up EP, Technology, in 2008. The band was becoming noticed just about the time Adding Machines started up, so, of course, Declaration fizzled. For the first time in years, you can now get both albums as he's posted them to Bandcamp. This is a rare opportunity to get some experimental rock made while Provo music was starting to find its footing. Chip in some money for these albums.

Moving onto some electronica, Grimblee & Hecka (who are essentially the same producer, we're just pretending they're not) are back with a brand-new album. As you may recall a few months ago, they released an album that was an outright plea, going under the title Help Us Pay Rent. Apparently that worked, as they've had time to put together a new album of solo and duo songs called Cold. There are some awesome 8-bit, dubstep and techno beats to be found in here. You can download it off Bandcamp for a mere $8.

Keeping with the electronica vibe with a hint of hip-hop, Scott & Brendo have a new album as well. Aside from their debut full-length album, And Away We Go, which came out in February 2013, the duo have relentlessly been putting out singles. The Cool Guys EP is their first album released in nearly a year, and filled mostly with bouncy party and dance music that falls more into pop music. You can download a copy for a mere $6 on their Bandcamp.

Next on the list, hailing from Logan is the pop-rock group My New Mistress, who have been rocking for more than a year and have been a mainstay at Why Sound for a while now. The three-piece band is currently trying through social media to get onto the Vans Warped Tour, so if you'd like to support them, hit up their Facebook. In the meantime, My New Mistress just released out this self-titled EP, which isn't entirely fantastic, but it's pretty decent for a DIY first-run. You can download it for $4 off Bandcamp.

Going to release shows, tonight we have two for you to check out. The first being up here at Kilby as we see the split release from Secret Abilities and Danger Button. To talk about both bands in one paragraph wouldn't do either of them full justice, so let's just say you're in for a hell of a treat. The last release from the indie-electric Danger Button was their Remote Disaster EP back in fall 2012, which is the same time we last saw a Secret Abilities release with their Rise From The Grave EP. This EP, titled The Gat Doh-Git! Split, will feature six songs: two new songs apiece from both bands, as well as each band covering a song by the other band. You can snag a copy at the show tonight, where The Artificial Flower Company and Telepanther are also on the bill. The show will kick off at 7 p.m., and tickets are just $6.

Meanwhile down in Provo, Velour will play host to the show for the latest release from The Fellows. This is one of the many eclectic bands you hear about in Provo but never see as they don't venture beyond Utah County much. The last time we heard from these guys was back in 2012 with their self-titled EP, and now they've returned with a second self-titled EP, featuring some new songs and others that were on the first EP. So ... you're basically getting half a new EP. You can get that album tonight as they'll be playing with Kindred Dead and Coma Pilot. Tickets are $7, and the show starts at 8 p.m.

While we're in Provo, Saturday will bring us the debut release from Blue Jean Kelly. Not a lot to write about these guys, they've only been together about a year playing good ol' rock and roll, just a twinge of Jack White and Black Keys influence to be heard. Their debut EP, Better Be Gone, will come out tomorrow night at Muse Music Cafe as the band plays with Wild Apples and Dylan Black. Tickets are just $5, and the show starts at 8:30 p.m.

And finally, back in SLC at The Urban Lounge, we'll see the debut release from Strong Words. This is a mighty impressive alternative band featuring Ryan Ross, Jamie Richards, Brian Lord and Cathy Foy. This is another group (seen above, courtesy of Facebook) that haven't been together long, but they've at least got a buzz going after playing shows at Kilby and Urban. From what little we've heard of it, their debut EP, Come Clean, sounds great, which should be expected as it was produced by Andrew Goldring—and it even contains impressive artwork from Courtney Blair. The EP will hit the public on Saturday when Strong Words play their release show with The Circulars and Big Wild Wings. Tickets are just $5, and the show will start at the early time of 8:30 p.m.