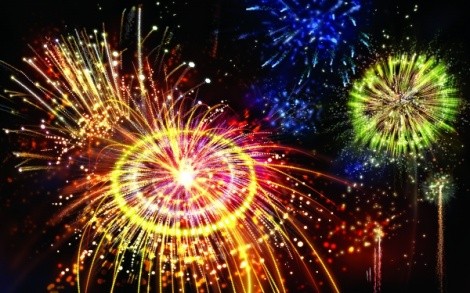 We Utahns love lighting fireworks slightly more than we love bitching about fireworks, and the Fourth of July and Pioneer Day are the best excuses to blast chemical explosives. But don't get too crazy about shooting off Old Glory Fountains before taking a good look at this year’s new restriction zones.---

This year is the first time that the county council has created fire restrictions for unincorporated Salt Lake County. “The revised law allows for swifter prevention action during the dangerous fire seasons,” said Mayor Ben McAdams in a recent press release.

The changes were made because while fireworks are spectacular, they are also extremely hazardous during the fire season, especially in the scorching-hot month of July. According to the Unified Fire Authority, personal fireworks can't be set off west of I-215, north of highway 201, east of Beck Street, north of South Temple east of 200 West, east of 1300 East north of 500 South, and east of Foothill Drive. Fireworks also cannot be used in any city park, wildland, or urban interface area.

According to the National Fire Protection Association, there are thousands of firework-related injuries each year and “on a typical Fourth of July, there are more fires than on any other day of the year, with fireworks accounting for two out of five of those fires.” Here are a few safety tips from the Utah Department of Public Safety to reduce fires and burn injuries:

- Buy fireworks in Utah from licensed fireworks stands or retail outlets.
- Select only safe fireworks that are legal for use in Utah.
- Always read and follow directions carefully.
- Never experiment with fireworks.
- Ignite outdoors away from buildings, dry grasses, trees or bushes.
- Never re-ignite malfunctioning fireworks.
- Allow enough room for proper functioning.
- Light only one firework at a time.
- Keep a safe distance away.
- Never give fireworks to small children (or drunks).
- Store in a cool, dry and safe place out of the reach of children.
- Keep a bucket of water or a garden hose handy. Dispose of properly.


Fireworks can be bought on June 23 until July 27.

Only on July 4th and 24th can they be discharged 11a.m. until midnight.