June may have snow sitting on the mountains, but the valley is heating up with new music coming out in droves every week. --- We'll start with online releases, and the first on the list is from a band named Grass. Surprisingly not an obvious drug reference as the cover to their debut album looks like grass, but for all we know it's tongue-in-cheek. This is an awesome alt-rock trio comprised of Dan Actor, Harvey Bennett and Sean Smith, they've had some killer shows including one at Kilby I interviewed them at last year. Their new EP called Naysayer was produced and engineered by Ian Cooperstein and Chris Jensen of Dustbloom at Red Light Recording, I highly suggest checking out tracks like “Wheel” and “Tunnel Vision.” You can snag it right now for a “name your price” tag on Bandcamp.

Next up is a brand new album from hip-hop musician Calhoon Popadopolis, an Ogden native who has been around for a couple years being a part of collective groups, but really hasn't stepped into the spotlight beyond guesting on other performer's tracks. Hopefully that changes now as he teamed with producer Yoga Flame Kane to record his first solo album, Cheat To Win. You can currently snag it from Lazarus Chamber Recordings' Bandcamp page for a mere $10.

Sticking with hip-hop, we have the latest from FunKtional, who promotes himself and his music as “weird and experimental.” This guy has actually earned some praise in local rap circles for the tracks has had floating online, and has had the chance to with with names like Joey Gold, Keis-Tone and Tari Bean. His latest release is called MixTape Vol. 1, where he plays around with themes, sound effects and not to average beats to deliver a pretty tight album. You can buy it for whatever you'd like on his Bandcamp now.

Backtracking a bit to May for an album that didn't hit a lot of radars until now, we have a debut album from Whisper Sands. This is a transplanted married couple from North Carolina (seen above, courtesy of Facebook) who now call Orem home, playing on not so average instruments like the ukulele, box cajon, cello and an assortment of “shaken percussion” items. They make a quirky alternative sound that finds a sweet spot in your ear and doesn't leave right away. You can download their debut EP, The Peril And The Appeal, from their Bandcamp page for $5. 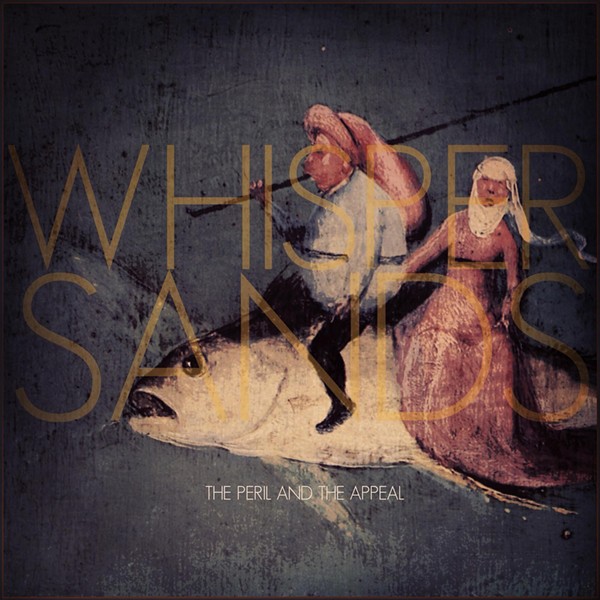 Moving into release shows, we have one tonight from the awesomely talented Talia Keys. I'd tell you more, but I don't have to, because Deann Armes already did it in this week's issue of City Weekly. Read up on her today, then boogie down to The State Room where she'll be celebrating the release of her solo EP, Gemini Mind, along  with Marinade, Lady Legs, Grits Green and Michelle Moonshine. The show is just $10 and starts at 8 p.m.

Finally we'll end on an album that isn't out yet, but has been teased for this Tuesday from the band Sights. This is a three-piece rock band out of SLC who have been around since the fall of 2011, mainly as a mid-card band who have played with just about every alt/rock band you can name at some point. The first EP, Mammoth, got a little buzz but didn't really launch them like they hoped. This time they're releasing a full-length under the title Sonder, which from the one track available online called “Resident,” sounds more polished and refined from the first attempt. Unfortunately, you can't really judge an album by a single track, so we have to wait until Tuesday for this one to drop on their Bandcamp.