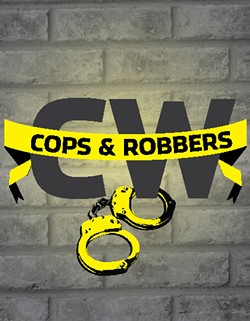 Perhaps the burglar was rehearsing for a larger, more profitable burglary when he attempted to heist quarters from a Sugarhouse laundromat? The crime after all had the makings of an ingenious Hollywood bank robbery with the suspect climbing through a vent to access the reverse side of a coin machine and then using a grinder to try get at the bonanza of coins inside.


Was it the perfect crime? No, obviously since the 53-year-old suspect was arrested for burglary, but the culprit at least had imagination.

When officers arrived to the Sugarhouse Laundry at 1962 S. 100 East, late Sunday night they were able to observe that “sparks were visible from the back side of the coin machine” according to the Salt Lake City Police Department watch log. That's when they discovered the suspect had weaseled through a vent to get behind the machine and with a grinder had cut a large hole in the coin machine and had pulled out wiring in order to get at the coins inside.

This elaborate scheme for a mediocre score resulted in the individual being booked for burglary charges.