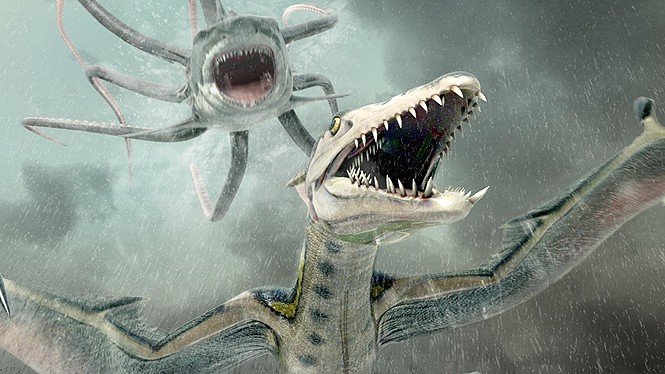 (Syfy)Movie: As we all know by now, the Sharktopus is a hybrid of shark and octopus, as originated in director Roger Corman's 2010 Syfy film of the same name. In this long-long-long-overdue sequel, the Sharktopus meets its match in the Pteracuda, a half pterodactyl/half barracuda mis-created in a lab inconveniently located adjacent to a beach full of bikini babes and hard-body bros (and, in a brief, violent and Emmy-lock guest performance, cable TV's Conan O'Brien). Who will emerge victorious, besides lovers of exemplary cinema? The title of Corman's next sequel may contain the answer/spoiler: Sharktopus vs. Mermantula. You're on deck, Jimmy Fallon.

Hell on Wheels (AMC) Season Premiere: To be exact, Season 4. I know, right?