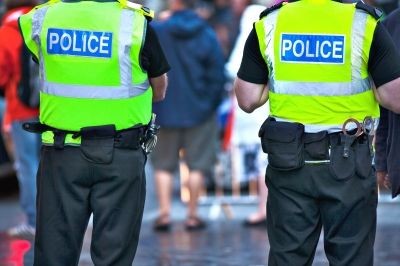 Death by police has become the battle cry of outrage by individuals decrying the itchy-trigger fingers of law enforcement from Ferguson, Missouri to Saratoga Springs Utah. In Salt Lake City there have only been two officer-involved shootings, but both of them clouded by controversy. Enough controversy that the Salt Lake City Council began taking steps toward addressing the problem through increased training for law enforcement.

The work session held Tuesday night was very preliminary for the council in wading into the controversies of officer-involved shootings. The session did not hear public comment and was only for the council to discuss publicly plans for future action. The Salt Lake Police Department was not present to address concerns by the council.

On June 18 a Salt Lake City Police officer killed a dog in his owner's backyard while searching for a child that had been reported missing. The officer was cleared of wrongdoing in that case but the investigation is ongoing into the shooting death of fugitive Dillon Taylor, killed by police in August. Taylor's brother has told the media that his brother was unarmed and trying to comply with police when shot.

Salt Lake City Councilman Luke Garrott proposed that the council explore improved training for the police department for use of force scenarios as well as look at ways to improve transparency in officer-involved shootings so the public has a better understanding of how an incident is being investigated.

“Our unique responsibility is to express public voices,” Garrott said.

In a letter sent to the council by Salt Lake City Police Chief Chris Burbank, he outlined the various courses officers take, which listed only one specific to the use of force. In the letter Burbank referenced training simulators which could be purchased to give officers more “effective solutions to many varying problems” including use-of-force scenarios. The estimate price tag for the simulator—$150,000.

The council agreed to explore both issues further.