Hello to all you cider-drinking, leaf-watching, scarf-washing, coat-dusting, costume-hunting, candy-buying, getting-ready-for-the-fall enthusiasts! Seriously though, its still 90 degrees outside people! I understand, the summer sucked. Your favorite record melted in the sun, you didn't get to go to whatever TCS show you were dying to complain about after paying to get in, that one person just wouldn't take their shirt off when State Street became a giant slip-n-slide. But that doesn't mean that the minute the leaves started to turn light green that it was time to declare it over! The fall will eventually get here, but for now, enjoy what's left of the summer before we spent 6 months of the year choking on the polluted inversion we refuse to fix. In lieu of a 337 Wall update, here's some random art from downtown SLC, this one by artist Trent Call. 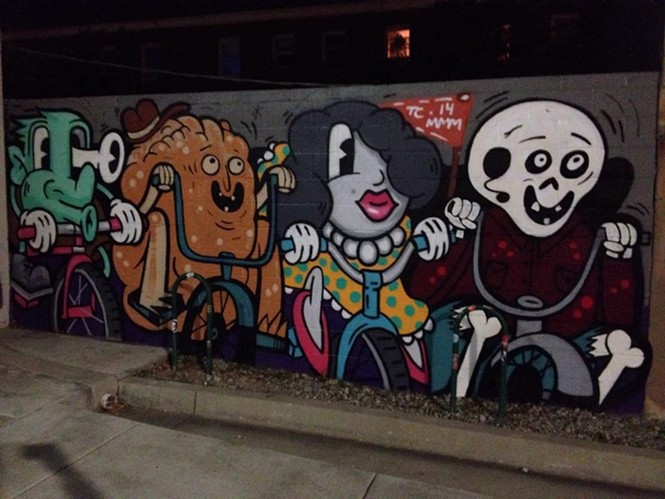 Getting into events we're going to start on Sunday, September 21, as Big Shiny Robot throws their own Geek Swap Meet! If you live in Utah and have just a twinge of thrifty hick in you, you've been to the swap meet at the drive-in on Redwood Road. Picture that, only with geek-related items. Rare comics, DVDs, toys, video games and more, all with beer and food provided by Bohemian Brewery. Mainly because it's on their property (94 East 7200 South), but hey, grub is grub when you searching for rarities. So bring a small backpack of geek junk you can't get rid of and hustle on down to the brewery between 3-7 p.m. for some awesome trades.

Moving along to Thursday, September 25, the 2nd Annual SLC Comedy Carnivale kicks off. If you weren't a part of the gala of events that took place last year, you really missed out as you essentially got a smorgasbord of local comedians showing off their craft for adoring audiences. This would be an excellent opportunity to jump on board and see what Utah has too offer, all within a 4-day span. Check out their website for a complete list of shows and locations.

If you're more into sports, starting on September 26, the WFTDA will officially kick off three days of their International Playoffs this week, with a section of the tournament being played right here in SLC. This is an awesome opportunity for anyone being a fan of roller derby to see high-level teams (including our own Wasatch Roller Derby) compete for the 2014 championship. All the games will be held at the Derby Depot, for complete brackets and tickets, visit the WRD website. 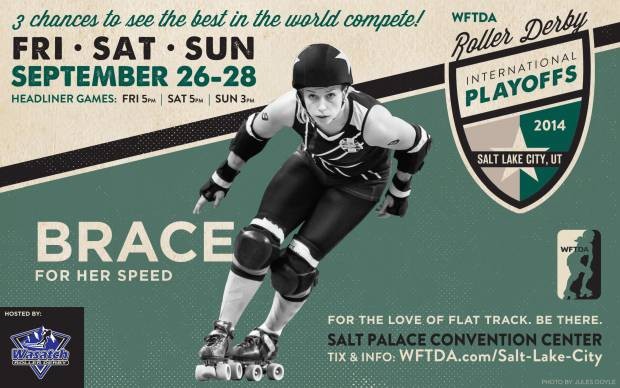 Next Saturday, September 27, we have a pair of events that should be intriguing for many, and I highly encourage you to try to attend both. The first is the bi-annual Poor Yorick Studios open house, held every spring and fall solstice, this is a one-night event to check out all the artists currently producing work within the walls of the normally closed and private studio space. It doesn't matter what kind of art you're into, you're bound to find something you like at this event. Plus, its completely free! Go check it out as it runs from 4-10 p.m. 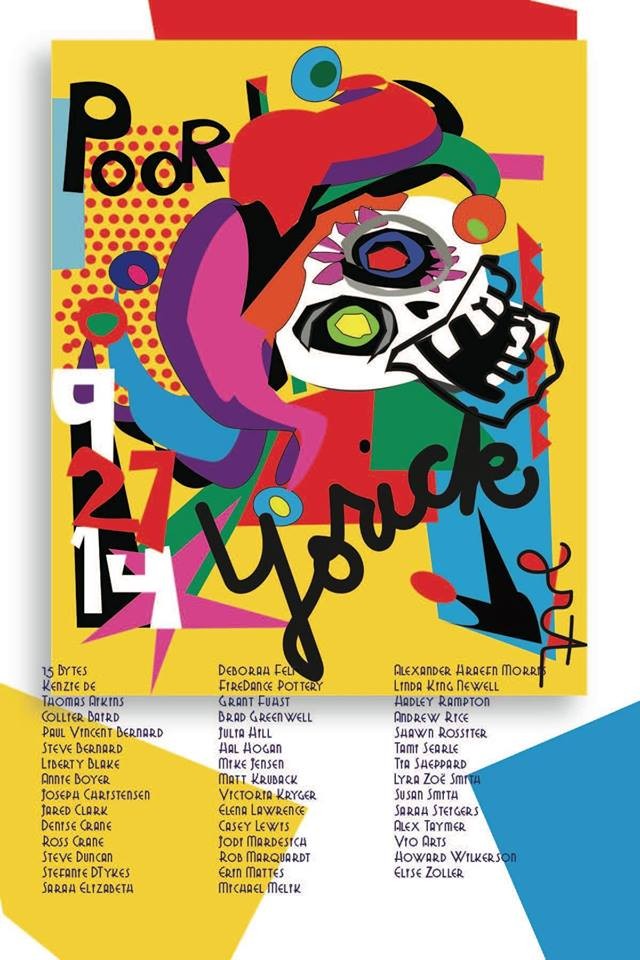 Meanwhile, the BBoy Federation will be celebrating their 5th Anniversary in downtown SLC. This is pretty monumental for the group as others int he genre have tried and failed to start up and run a successful company who showcase these kind of performances. To celebrate, the Fed is going to do something they've never done before: Tri-City Showdown! Six carefully selected Bboys from SLC, Sacramento and Denver will represent and perform for their city's pride. Not to mention the usual 3-on-3 battles, workshops and more. The show is $12 in advance and $15 at the door.

On Sunday, September 28, another pair of events you can try to do int he same day. The first over at Liberty Park where we'll see the return of Doin It At The Park. This is an annual event featuring the best in local hip-hop, bboy, graffiti art, writers, bboy performers, emcees and more. Bring your own food and drink and just chill out to the performances at the North East Corner Pavillion from 3-9 p.m., all completely free. 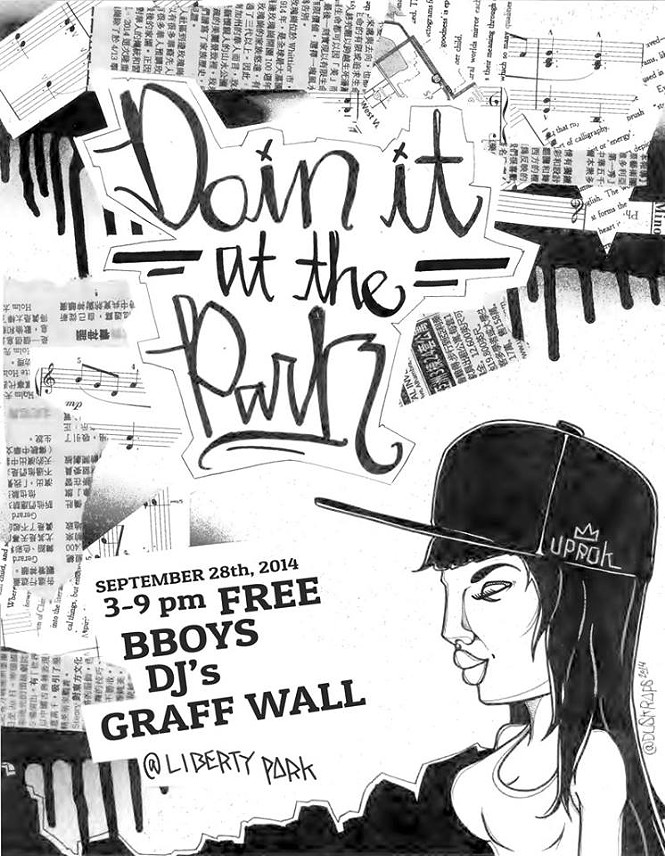 Meanwhile, the Geek Show Podcast will be taking over Brewvies for their monthly Movie Night. I'd tell you more on the films, but this month they're allowing you, the faithful audience, to vote on it. The voting is done at this point, so the two films they'll be showing will be a complete surprise to the audience when they arrive. Its completely free, but the drinks and food aren't, so tip well at your show as it kicks off at 5 p.m. 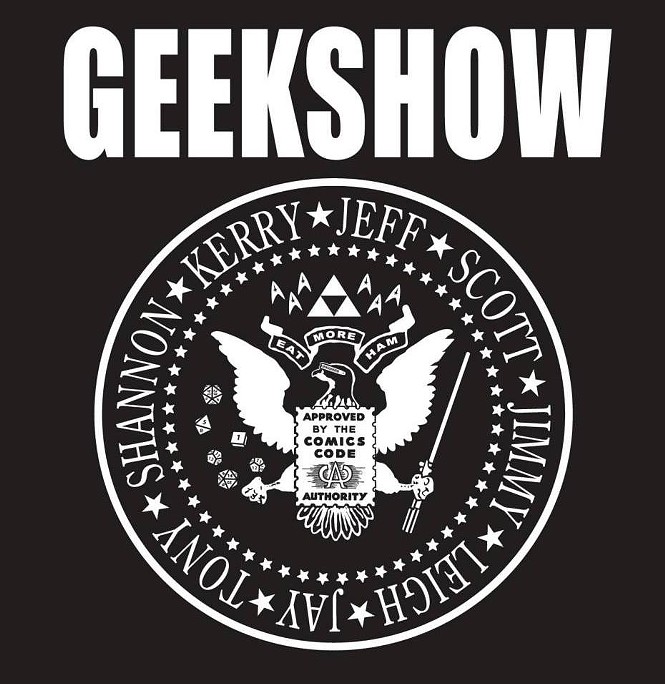 And then finally on October 3, the Utah Museum of Fine Arts will be throwing an after-hours party! This is a chance for those who may not normally get to view the UMFA to come see it in a relaxed setting, as they celebrate NYC sculptor Tony Feher's latest installation in the Great Hall. Tickets are $40, extra if you wanna do the VIP experience, all complete with food and drinks, as well as music by DJ ChaseOne.

As for the blog, we're gonna continue keeping upcoming material a mystery! I'll start finding something else to talk about at the end of these posts. If you have suggestions of things you'd like to see, feel free to send an email to yellatgavin {at} gmail {dot} com. (Suggestions are not guarantees of content or coverage.) As always, we'll see what happens.