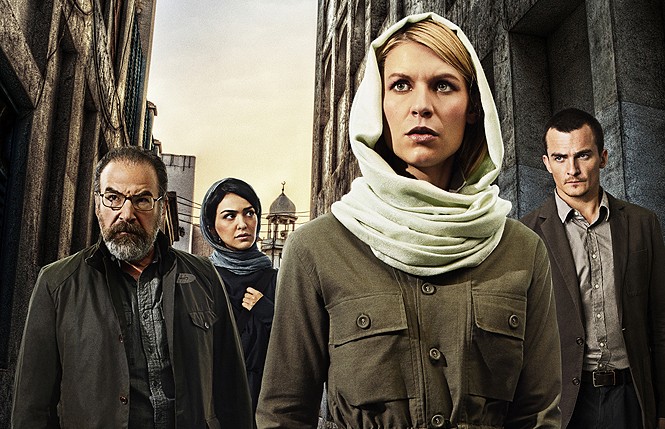 Homeland (Showtime) Two-Hour Season Premiere: It's now The Carrie Mathison Show (iffy idea, Showtime), as our precarious heroine is deployed to the Middle East (ditto, CIA). The first hour of Homeland's Season 4 premiere doesn't offer much hope for a post-Brody future; it's a deadly dull slog of exposition and bad jazz livened up only by the sight of guest star Corey Stoll free of his hilarious wig from The Strain (which conveniently finales tonight on FX). The second hour makes a better case for Claire Danes carrying the series—if you make it that far.

Mulaney (Fox) Series Debut: It's already out there that Mulaney is the worst new sitcom of the season, but the question was posed to my TV Tan podcast (available on iTunes and Stitcher, kids) recently: Is it worth hate-watching, or at least a drinking game? My theory is that quality hate-watching requires at least one redeeming element in a show, something not-eye-gougingly heinous on which to focus—in Mulaney's case, that would be ex-Saturday Night Live player Nasim Pedrad, who must have paid someone off to get the only funny lines in the pilot (though the cranked-to-11 laugh track begs you to believe that it's all funny). As for a drinking game, just take a shot every time star John Mulaney, who possesses all of the acting skill of a young Seinfeld ... 8x10 ... recites a cue card like it's a Chinese takeout menu; tomorrow morning, you won't remember this ever happened.