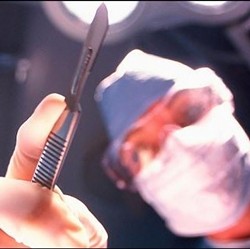 In 2011 Doctor Paul Saxton received a public reprimand from the Utah Division of Occupational Professional Licensing for “unprofessional conduct” in prescribing controlled substances to patients. In September 2014 regulators had to suspend his license for the same problem.

In Saxton's 2014 discipline DOPL noted that “he has again failed to follow the Federation of State Medical Board's Model Policy for the Use of Controlled Substances for the Treatment of Pain in his treatment of some of his patients,” according to the discipline notice. Saxton's license to prescribe and administer controlled substances was suspended for three years.

Another doctor was disciplined recently by DOPL. Salt Lake City Doctor Steven-Ralph Angerbauer received a public reprimand based on the fact that he is also being monitored by the Washington Medical Quality Assurance Commission.

To find out if your doctor has been disciplined or to browse the discipline histories of all Utah doctors since 2000 visit CityWeekly.net/Doctors