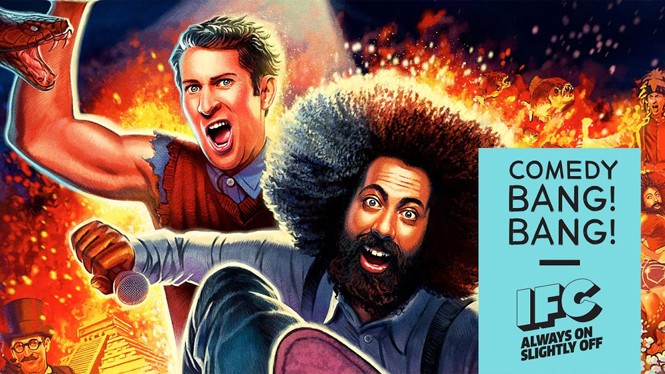 Comedy Bang! Bang! (IFC) Fall Premiere: Sprock Waterman and Reggie Watts resume Season 3 with guest Ellie Kemper (The Office) and the usual wacky hijinx CBB is known for. Unless you’ve never heard of Comedy Bang! Bang!, in which case all the jinx are new to you.

Foo Fighters: Sonic Highways (HBO) Series Debut: Read all about it in this week’s True TV.