Alty News: How to Profit Off of the Ebola Panic; Company 3-D Prints Metal Handgun 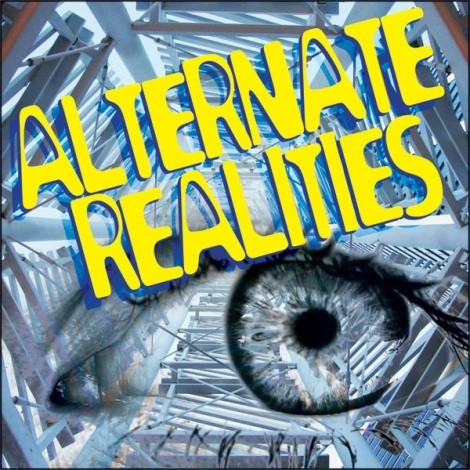 Sales are skyrocketing among companies selling often times worthless kits designed to protect you from Ebola.

A company has printed a 3-D gun out of metal, complete with an excerpt from the Declaration of Independence on it.—Tech Crunch

The Association of Alternative News Weeklies joined dozens of other media organizations to call on President Barack Obama to support and strengthen the nation's Freedom of Information Act.—AAN

The FBI created a fake malware-spreading imitation of a Seattle Times article to try and trace a bomb threat.—The Verge

An independent poll out of Brigham Young University gives Democrat Doug Owens a slight lead in the race against Republican Mia Love for the 4th Congressional District.—Salt Lake City Weekly

The University of Utah School of Medicine will soon hold its first ever summit on transgender health.—Q Salt Lake

Doug Owens says his experience in corporate law and his experience working on his father's campaign will make him the moderate congressman Utah voters need.—Salt Lake City Weekly

Gordon Jones, an active member of the local arts scene and member of the Boards of Directors of the Draper Arts Council, the Draper Historic Theater, and the Babcock Performing Readers argues that the county's Zoo, Arts and Parks sales tax robs the poor to subsidize the entertainment of the rich.

"I attend plays, operas, ballets, and other types of performance art regularly. On average, I see about 100 productions a year. Most of these are produced by entities supported by ZAP funding or by analogous systems in other counties.Obviously, I am a patron of the arts, and as such might be expected to support the Zoo Arts and Park tax, which collects 1 cent of every $10 spent in Salt Lake County (there are similar arrangements in other counties).

In fact, I consider the Zoo, Arts, and Parks Tax to be a morally indefensible system by which the artistic preferences of the rich are subsidized by the poor in Salt Lake County. Sales taxes are widely recognized as regressive, as they consume a higher proportion of the available resources of the poor than they do of those better off. Consequently, and simply put, ZAP taxes, which are collected as part of sales taxes, constitute a transfer of money from the poor to the rich. To put it crudely, the rich go to the opera; the poor go bowling.”—Utah Politico Hub

“A grinning skeleton in a nun's robe, Santa Muerte is depicted with a variety of objects: a globe (symbolizing her universal presence), an hourglass (a reminder of life's inevitable end), an owl (representing that she sees and hears all), and a set of scales for justice. And she's almost never seen without a tall scythe that she clutches in one bony hand. She brings her scythe with her, Tavera says, 'for everybody who seeks to betray others.'

Seen as vengeful by some, a kindly grandmother by others, Santa Muerte has many faces even among her believers: a saint for the end of days, a New Age deity, or a spiritual guardian for those who can find no place in mainstream Utah culture.

But all of Santa Muerte's faces reflect the power of death. Her favors do not come without a price: You make a contract with her, and if you do not fulfill that contract, then, sometimes, she will seek recompense.”—Salt Lake City Weekly