November 07, 2014
comment
We're barely into November and already the local release schedule is bursting at the seams, with four shows slated to happen over the next two days. We'll start with the last-minute stuff that came out on Halloween and the first few days of the month, beginning with Gunfight Fever. This is a four-piece instrumental metal group from Ogden, and features experienced musicians Ben Gabrielsen, Colton Tippetts, Zach Poulsen and Troy Navarro. The band has been active since fall 2010, but this self-titled album is their first official release, which they recorded over the summer with producers Colton Tippetts and Ben Gabrielsen. You can download a copy of the album for free from the group's Bandcamp page.

Moving into rock, last week also saw the release of Wildcat Strike's latest album. The five-piece rock band has been on a roll since 2011; the band quickly become a popular favorite in SLC, which helped boost the sales of their self-titled debut that came out in 2012. The group has been super secretive about their latest recordings, which were finally released online last week as their second full-length album, Digital Age. You can download a copy for $7 on Bandcamp, or pay $10 to get a physical copy.

Switching to hip-hop, we have the latest from P, the musical moniker of emcee/producer Cameron Powers, a Layton-based producer has been creating music for the past five years. The last time we heard from him was back in 2012 when he released his full-length, Spirited Away Vol. 1. Well, the long wait for Vol. 2 is over, which came out over the weekend. You can snag a copy for free off his Bandcamp page.

Getting to release shows, tonight we'll see a cassette release from Baby Ghosts. The band's popularity both in Utah and from touring earlier this year helped make their 2014 sophomore album, Maybe Ghosts, a must-own for pop/punk fans. The group is utilizing that attention to help promote the Dirty Provo movement that's made waves this year, the band will be releasing a limited-edition cassette tape of unreleased tunes from this latest album's recording sessions. You can snag a copy of Ghost Walk at this album-release show at Muse Music, which will begin at 8 p.m. Nara Dates and Pop Warner are also on the bill, and tickets are $6. 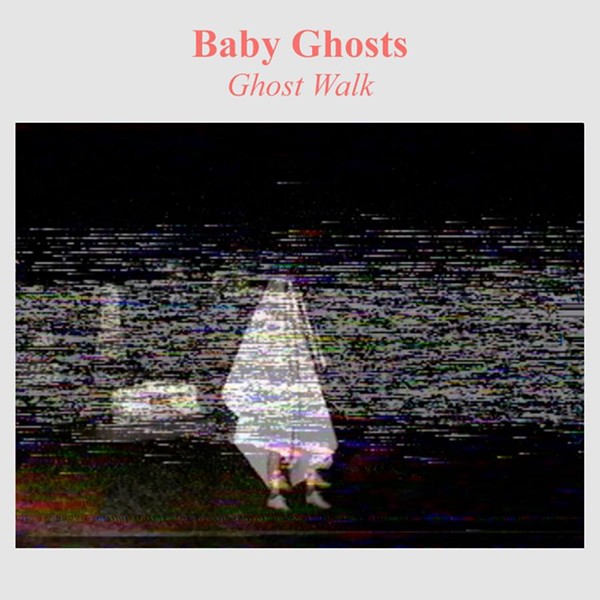 Meanwhile in SLC, Diabolical Records will be holding a free show for a pair of albums being released by Records. Emcee and producer Fisch Loops will be releasing his brand-new single, "," which you can snag from Bandcamp. The other release happening that comes from Valerie Rose Sterrett, an Ogden-based singer/songwriter who will be debuting on Records this month. Her debut album, , is a fine blend of lo-fi orchestral-pop and indie rock, and is well worth a listen. You can go pick up a copy of both albums at tomorrow night's show; music starts at 8 p.m.

Finally, moving into Saturday, we already told you last week about Big Wild Wings' debut album. Now you have a second chance to go get it as they'll be playing Urban Lounge for their 21-plus release show with Heaps N Heaps, Streets of Laredo and Strong Words.

Back at Diabolical Records, they'll be holding another release show, this one for Hel Audio artist Mooninite. Those of you unfamiliar with the electronic producer, he's been a big part of the local label's rise over the past few years, mainly as a contributing member to other musician's works and doing split albums with people like RS2090. Soda is the musician's debut solo album and is filled with electro-pop tunes designed to make you dance and chill you out at the same time. You can pick up a copy on Saturday at their show, opening the will be fellow Hel Audio musicians RS2090, High Counsel and Jae. The show is completely free and kicks off at 7 p.m.