2014 has been a stellar year for the stand-up community, now boasting more than a dozen shows per week at various venues across the city showcase comedians from all over the comedy specturm. If this year has been any indication, 2015 is surely going to pop big and produce some major talent. One of rising comedians from the past year has been Tommy Milagro, whom we chat with this week about his career and thoughts on the current scene. (All pictures courtesy of Milagro.)

Gavin: Hey Tommy, first off, tell us a little bit about yourself.

Tommy: I was born Mexican-German and Catholic in the town known for religious tolerance — Bountiful. I always bill myself as "The Whitest Brown Guy U Know (TM)," mostly as a way to remind myself that, yeah, I am different, but also very similar. I'm also very skilled at talking geek and believe the only true sport left is professional wrestling. If I can find that connection with an enchilada and an Ewok, I'm your guy!

Tommy: My first memory of hearing stand up was my friend Jim and I listening to a cassette tape (look it up in Wikipedia, kids!) of Robin Williams' A Night At The Met. I also saw George Carlin, Steve Martin, the TV show Comic Strip Live, but I didn't think I'd be in that same group. Then I was watching Last Comic Standing, and saw Marcus perform on stage, and I thought, "Huh. Well, if he can do it, maybe I got a chance!"

Gavin: What officially brought on the decision for you to attempt comedy as a career?

Tommy: I'm still waiting to see if I'll get a position as a referee for Lucha VaVoom (call me), but I like stand up because it's a form of entertainment that can allow me to go in different directions, be it on stage, skits, etc.

Tommy: Slow. Very, very slow. But a part of that was me being new to the scene and not knowing who to talk to about getting gigs. But I learned it all about who you know rather than what you know in the comedy business in order to get that stage time. Thankfully, I've really had some great opportunities to get onstage thanks to who I've known. 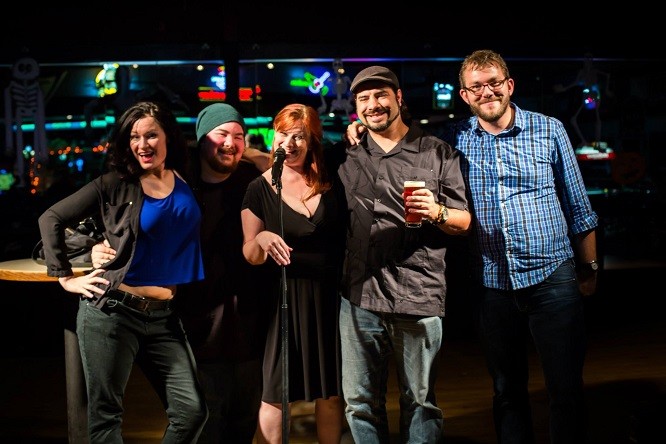 Tommy: Before, I was just hoping I would get a laugh, and I know there's gonna be people saying, "We're still waiting. Hurry it up!" I then did a comedy workshop with Jerry Mabbott, and I really started to put it together with being on time, how to work jokes to get the biggest laughs, and just knowing how to carry myself professionally on stage.

Tommy: Some days I write down stuff, and I either post it onto Facebook or Twitter to see if it will catch on. Then I get tequila. Then I write some more. Then, tequila. Then I watch wrestling. Then, tequila (Hmm. Might be a pattern forming). But I just find if I'm out in a crowd or hanging with friends or family that when the best stuff really comes out. My favorite joke was the result of a funny conversation my nephew and I had when he was three years old. He wanted me to fly home with him to Sacramento (also known as California's Ogden), and he figured he could do it by stuffing me in a suitcase. You'll have to see me to hear the rest of that joke.

Tommy: It's like being a part of the Avengers before they figured out they need to work together. I'm kidding! I see it as a group that keeps getting better and funnier with each show in the Utah area. While I haven't been to other comedy scenes outside of Utah, ours is probably he most supportive and hardest working by far.

Gavin: You've primarily been working the underground comedy circuit, how has it been for you working shows and planning smaller venues?

Tommy: Because I have a terrible affliction called "work," my schedule is not very flexible. The shows I have done have been in the underground circuit (although the I prefer Bill Frost's phrasing, "Now playing at a comedy dive near you!") I do like those shows because it make me have to work that much harder to ensure I'm going to get some solid laughs when the audience may be distracted by a Football game or a pool game. Thankfully I never get that dis- Squirrel!

Tommy: I once read in Rodney Dangerfield's biography that working on two to three minutes of stand up is very very key to starting out. Once you have that solid two-to-three-minute set, everything else falls into place. Also, always be courteous to the wait staff, as they're the ones who will work with you and remember you down the road if you take care of them.

Gavin: What's your take on the stand-up scene and the work coming out of it?

Tommy: When I started, it was just a couple nights you could get to be on stage. Now there is a comedy shows almost every night, whether it be the underground scene, as you put it or the bigger scene at Wiseguys. There's plenty of opportunities, and plenty of options to check out great comedy. 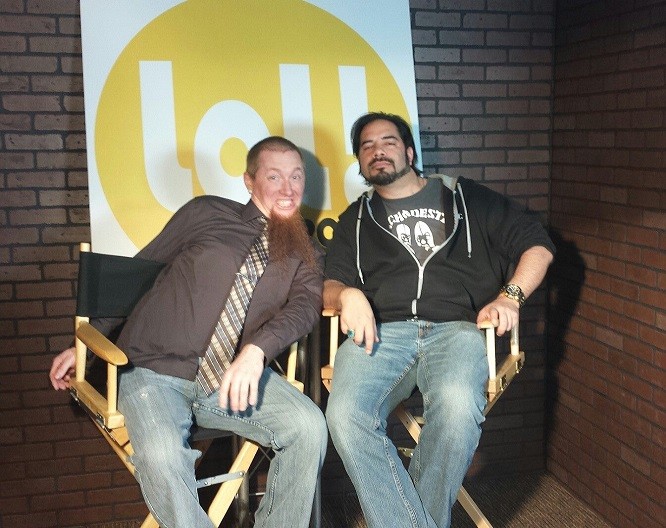 Gavin: Besides yourself, who are some of your favorites you like to check out around town?

Tommy: Ahh, the wonderful question that will endear me to some and mark me for death on others. For wanting to go to Wiseguys, I definitely like seeing Marcus, Christian Pieper, Travis Tate, Jay Whittaker, Guy Siedel and Andy Gold. They're the tops (is it queer to say "tops?" Eh, whatever). On the "underground" side, Melissa Merlot, Jason Harvey, Mower, Kevin G and, of course, Christopher Stephenson.

Tommy: Simply put: 'A stage is a stage.' If there is a place that's willing to give time to have comics perform, and they promote it right, it is fantastic. Wiseguys is the benchmark on how it gets done, and done right. As for the "underground" scene, Club DJ's that does K-Town  and Sandy Station are two of my favorite places to see and perform shows.

Tommy: I had this conversation one night with Marcus. He was telling me (as it related to Wiseguys) that a lot of comics like Bill Burr were impressed with the local audiences. As the word spread with national touring comics like Burr or whoever else comes to town and they see the crowds that dig local comedy. Man, that can only benefit everybody!

Tommy: Just try it. Whether it's to just do that one open mic and be done or be the next big comic, you'll never know how far you can go if to you don't try. And remember to dance like no one is watching, put two hands in the air, and wave 'em like you just don't care! ...Yep, I think the tequila is starting to take hold now! Better wrap this up, Gavin.

Gavin: What can we expect from you going into next year?

Tommy: Right now I do a podcast with Bill Frost called TV Tan Podcast that you need to listen to harder on iTunes, Stitcher and . As for me personally, I hope to do more shows and (fingers crossed) headline by the end of 2015. Either way, start following me on Twitter or see me on Facebook. That's where I'll be plugging myself and pimping out – that sounded better in my head.

Tommy: Just listen to me and Bill Frost that much harder and support our podcast. Until then, I hope to see A Comedy Dive Near You!"