A talk with the hosts before their Monday season finale

We've had a lot of podcasts pop up over the past year, many of them focused on geek/nerd topics as well as a group discussion shows of various themes. One of the more foul and down-to-earth shows to come out this year was TRATCast, a trio of friends going over news articles and stories they found funny as they sit around a table drinking and talking. It's as basic of a show as you'll find, but it works incredibly well and has earned the group a lot of recognition locally. Before their season finale comes out on Monday, we chat with the group about their shows and where they're headed with the podcast. (All pics courtesy of TRATCast.) 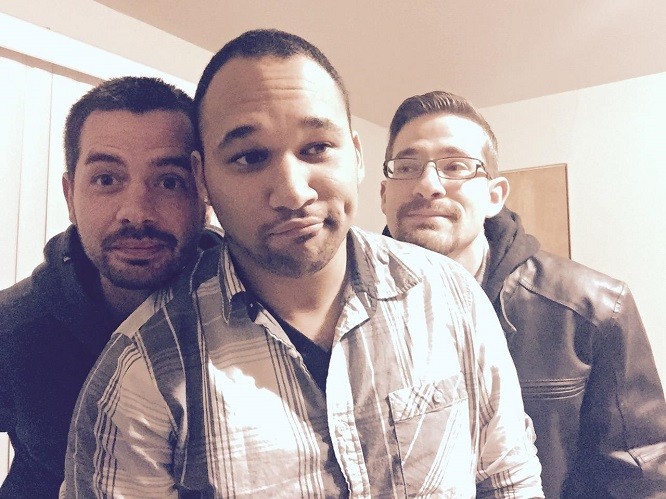 Trent: Hi! We’re Dante, myself and Brian and we do a weekly podcast where we basically just bring you the weirdest news we can find. We babble and laugh about the world as seen through the eyes of three rude dudes. We’re offensive but for a good cause. We’re all about the laughs!

Gavin: How did the three of you first meet each other and become friends?

Dante: Trent and Brian grew up together. I moved to Blanding for a brief time when I was 15, and we all just hit it off. We’ve had a lot of ups and downs, but we’re best friends for better or worse.

Gavin: When did each of you start listening to podcasts and what are some of your favorite shows?

Brian: Podcasting is new to me, but I’ve always been a huge fan of radio shows. My biggest influences are Howard Stern and The Opie & Anthony Show.

Trent: I started listening after we started doing ours, to be honest. I have listened to Tell Em Steve Dave and Around The League.

Dante: I think I am the only one who regularly listens to podcasts. I started listening to a lot of productions by Kevin Smith and it kind of kicked off my relationship with podcasting. Right now my favorite podcasts are Slate’s Political Gabfest, The First World Podcast, Jay & Silent Bob Get Old, Hollywood Babble-On, This American Life, Song Exploder and On The Grid.

Gavin: Had any of you tried your hand at broadcasting or hosting any kind of show prior to this one?

Brian: This is all a new experience to me, but I’m having a blast doing it.

Trent: I never had. The thought of me hosting or broadcasting seemed like a cruel punishment to anyone who would’ve been subjected to my nonsense.

Dante: We have never done broadcasting, but I have personally always wanted to do radio. I wasn’t sure how this would work out, but I think our voices work well for broadcasting and our chemistry makes the show flow at a good pace.

Gavin: How did the idea to start TRATCast come about, and where did the name come from?

Trent: Ever since the three of us met 15 years ago, we’ve always been told that our conversations are hilarious. After a great night just hanging out and throwing back some beers we thought “we’re hilarious, we should bring this conversation to a podcast and see what happens.” Thus, TRATCast was born. TRAT stands for “They’re Rude, Aren’t They?” Which stems from a story of us being kicked out of Walmart as teenagers.

Gavin: What was it like finding the right equipment and setting up a studio?

Brian: We have no clue what we’re doing, honestly. We’ve all played in bands and recorded music, so we have some background knowledge in editing/cleaning audio. As far as mics, just basic internet research. The podcasting community is full of people willing to tell all and help out other podcasters, so we’ve gotten some great tips and advice that way.

Gavin: For those wondering, what kind of gear do you record with?

Brian: Snowball iCE microphones, with cords that came included. We didn’t get fancy. For software, we use Mixcraft Studio 7 and a bunch of other cables for an improved mess. USB 5 channel port and random adapters.

Gavin: Did you do any test episodes prior or was the first episode your first attempt as a trio?

Dante: We did a pilot episode actually. We bought some crappy $20 mics from Best Buy and recorded a pilot. The quality was awful, but the content was well received among friends, so we knew we needed to step our game up. We offer the pilot online to listen to, but we don’t count it as the first TRATCast episode.

Gavin: What was it like putting that first official episode together?

Trent: For our show it was simple. We gather stories throughout the week, don’t talk to each other about them, make sure there is plenty of beer and sit down and talk. We shoot from the hip, and everything you’re hearing on the show is our real, first-time reactions to what is presented.

Gavin: What did you think of the audience reaction to it and did that influence how you recorded?

Brian: In the beginning most of our listeners were friends and family. While we heard a lot of “you’re hilarious” statements we didn’t get much feedback from them so we kind of just ran on the idea that we have something here. We’re funny even though we are completely ridiculous in content and sometimes we just go off the rails on opinions, but we have something. So we do intentionally try to keep things light and funny, but otherwise we’ve just been doing what we’ve always done on a Saturday night.

Gavin: How do you go about planning an episode and deciding topics to cover?

Trent: Very little planning goes into each episode, and that’s the point. We each find topics to discuss throughout the week, and then when we meet we just turn on the mics and go with it. We feel that scripting the show in any way would take away from its core, what we feel makes it great.

Gavin: Seeing how the show is more on the explicit side, do you feel like that gives you more freedom to talk about what you want, or is it just a nice bonus?

Brian: It’s a nice bonus that does give us freedom to talk about anything and everything that we want, even things we don’t want to talk about. It also limits us though in how far our reach can go, especially as a lot of what we talk about is culturally taboo. We know that we could do the show clean (maybe not in the content but in the language) and still be funny but in podcasting we have the choice to really be ourselves. And let’s be honest, with as many explicit and obscene things are culturally taboo, the greater majority of us, as people, indulge in it every day. 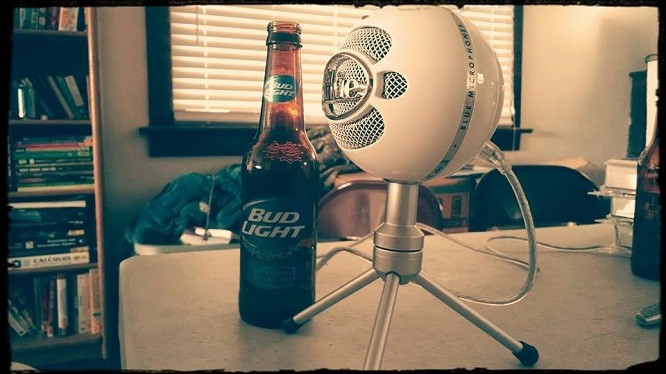 Gavin: You've advertised that the Dec. 22 show will be the season finale. What made you decide to go with a seasonal format and when will it return?

Dante: A mixture of things brought us to the decision to break it down into seasons. We’ve been kicking around some ideas about a new format moving forward, so we’re going to discuss those ideas moving into Season 2. We also want to do more YouTube skits, and we plan to release our second video during the upcoming break. We’ll be back January 5, 2015.

Gavin: Where do you hope to take the show down the road?

Trent: We have talked very little about where we want the show to go. When we started, and even now, it’s just for fun and more for us personally than anything. We also know we want more listeners and a larger audience and have often entertained the ideas of possible live shows, or radio programs in which we would obviously change the format but bring the same chemistry to a wider audience and possibly even make a living from doing what we do.  We all love doing the show and hope to keep it going and grow as an act as much as we can. In the end, if we all get laid, it was worth it.

Dante: We’re all big fans of standup comedy and intend to have local comedians come on the show more often. We brought Taylor Hunsaker on the show and she was great, so we have plans to bring on more guests.

Gavin: Aside from the show, do you have anything else you'd like to plug?

Brian: The only thing I’d like to plug is the blonde at Arby’s down the street. I’ll keep you posted.

Trent: I would just like to mention that I’ve seen the girl at Arby’s. He has a chance, and that’s saying something.