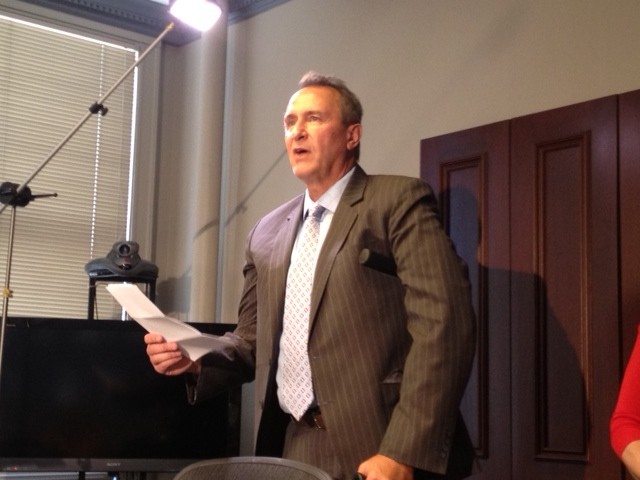 The year is winding down and once again it's time for me to reflect on 2014's pissed-off quotes for the sake of auld lang syne. From the political frustrations of a Death-Row inmate to the angry and articulate sentiment of a downtown bartender sounding off on new Salt Lake City bike lanes, here in order from least to most pissed are my favorite quotes of outrage from 2014.

If you don't engage with your voters, then why should voters go to the polls for you?

We all know what this road is like. Why are we making it more of a hell for each other when we're all in the same situation?


Dash, a homeless woman in Salt Lake City on the problem of the homeless stealing from one another, "A Load Off," Nov. 12.

Our community ought to be inclusive of rich and poor, and we should be looking for ways to live together and build one community rather than sort of pushing people around based on temporary economic incentives—and the value of that land right now is one of them.

Have you ever been into an actual bar? It’s not a restaurant, it’s quite clear.


Rep. Kraig Powell, R-Heber City, in response to a comment from Rep. Jake Anderegg, R-Lehi,  that Powell’s bill to do away with "Zion Walls" in Utah restaurants would blur the line between bars and restaurants, "2014 Utah Legislative Recap," March 19

He's obviously delayed the case long enough—two years—to ensure that I cannot establish my innocence and obtain justice until after this November election. But then again he probably doesn't care as long as his political aspirations are met.

These things are happening in our community and we don’t want to forget about it and act like nothing happened.


Inoke Hafoka, member of Raise Your Pen, a social-justice group formed in the wake of the courtroom shooting of alleged Tongan Crips gang member Siale Angilau, "The Mighty Pen," July 9

[This] is pretty typical of what happens when all the moving parts of the criminal justice system do what they do when somebody with mental illness is thrown into it; it's a complete cluster from start to finish.

Buses provide a better service than anything else you can provide and I, along with obviously a lot of people, are asking you to stop building these ridiculous projects...right now you're the most hated entity in Salt Lake County.


George Chapman, at a Utah Transit Authority public forum shortly after a blistering audit was released on the wasteful spending of the agency, "Members of the Public Rip UTA Over Recent Audit and Bus Service," Aug 27

I pledge nothing to the ‘Democracy,’ so stick it back up Stalin’s ass or FDR’s—that Fucking Dumb Retard. That’s the era when they made the term popular.


Ron Lafferty, currently appealing a death sentence conviction for his involvement in the religiously motivated killing of his sister-in-law and her infant baby in 1984. Here Lafferty is venting about his view of the word "Democracy" which he says is a combination of "Demon" and "Crazy."

Salt Lake City is a gem in the Intermountain West. This is one of the greatest cities in America. If we're going to make downtown a part of that gem—the center stone in that engagement ring that stole my heart so many years ago—then let's get this goddamn parking thing figured out.