This coming weekend is going to be featuring two different conventions with their own built-in audiences, sitting no less than three blocks from each other. To say that driving downtown between Thursday and Saturday will be a commuter's nightmare is an epic understatement. The first is FanX, but we'll discuss that one later in the week. The other is StartSLC, a three-day event that will conquer the Gateway Mall and various other venues, helping to promote and encourage startup businesses and tech ventures from across the state. The festival itself will feature several guest speakers and classes designed to inform those attending in the best course of action going forward, among other activities and set to take place. Today we chat with Clint Betts about the festival and what you can expect to see. (All pictures courtesy of Start SLC.) 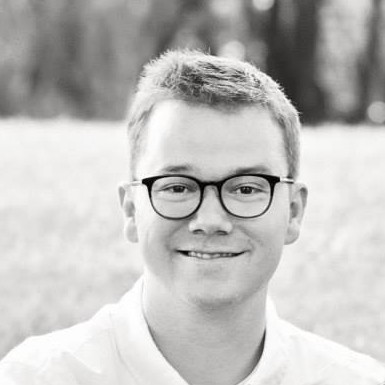 Gavin: Hey Clint, thing, tell us a little bit about yourself.

Clint: My name is Clint Betts. I'm the founder and Editor-in-Chief of Beehive Startups, an independent, non-profit media company committed to covering Utah's startup and tech ecosystem. We spotlight Utah startups, organize events tailored to the startup and tech community, report Utah startup and tech news, conduct in-depth interviews, and write extensive profile stories on Utah's most compelling entrepreneurs. As Utah's startup and tech scene continue to flourish, Beehive Startups will help foster an inclusive, collaborative, and supportive environment. We believe a community is strongest when every member has a voice and the opportunity to be heard. Therefore, we hope to continue to build a platform that encourages every entrepreneur in the state of Utah to contribute to the ecosystem by offering their wisdom, mentorship, opinions, support, advice, and friendships to the entire community.

Gavin: What got you interested in tech and startups?

Clint: Prior to Beehive Startups, I was working with Gabe and Jordan Gunderson at , a software development firm that helps to build startups from a technical perspective. 's been an active participant in Utah's startup scene for more than six years. We launched Beehive Startups because there just wasn't anyone covering Utah's startup ecosystem in any meaningful way. We wanted to go beyond the PR fluff and actually tell the true stories of these startups and founders, as well as hold events that have a real impact.

Gavin: What kind of challenge has it been keeping up with the tech community in Utah?

Clint: When we first launched, we wondered whether we'd have something to write about every single day. Turns out that was silly. There's so much going on in Utah's tech and startup scene right now it's a challenge to keep up with everything and still produce meaningful content. That said, I think we're up for that challenge and plan to make a bunch of big moves to expand our reach in the coming months.

Gavin: Since starting up, what have been some of your favorite innovations that you've covered?

Clint: It's hard to pick a favorite. There's a lot of interesting things happening here in Utah from a tech perspective. The ones we enjoy covering the most are the up-and-coming companies like Lucidchart, , Grow, , LionHeart, Studio, Genomics and Weave. We look to write about startups that are taking big swings, tackling big problems and are still in the very early stages of development. 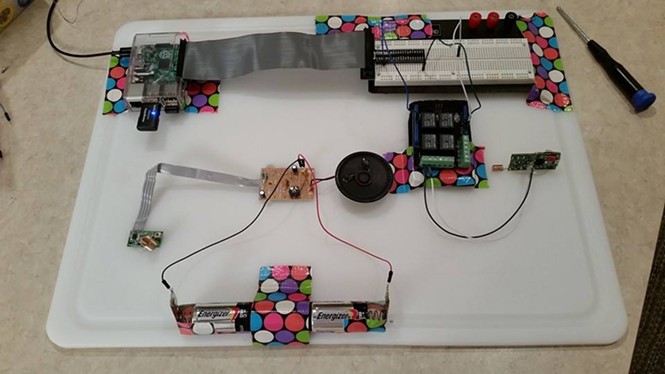 Gavin: Where would you say SLC is as far as entrepreneurship compared to cities with booming communities like Austin or Portland?

Clint: If you combine Salt Lake City and Provo, I think we compare very favorably with startup communities like Austin, Portland and Boulder. We're not Silicon Valley, though, and we think that's great. We think Utah's startup community should embrace what makes us different from Silicon Valley, rather than try to mimic what they do, or pretend to be something we're not.

Gavin: Along those same lines, what do you feel helps separate SLC from other cities and gives us a unique edge?

Clint: First and foremost, I think Salt Lake City's advantage lies in its location. Utah is one of the most beautiful places to live on the planet. The access we have to outdoor recreation like skiing, mountain biking, hiking, etc., is just incredible. Beyond that, though, I think there's just something inherently scrappy about a Utah entrepreneur. Whether it's because of this state's pioneer heritage, or because we've been overexposed to polluted air, Utah's entrepreneurs seem to have this deep-seated belief in the powerful impact a few individuals can have on the rest of the world. Hard work, the need to prove we're as capable as anyone, and a healthy distrust of the establishment seems to be the fuel that powers Utah's startup community.

Gavin: When did the idea come about to start your own festival?

Clint: It came about over lunch with my good friend Stephen Walter, a startup attorney in Salt Lake City. We talked about how we wanted to hold an event where the community was invited not only to attend, but also to participate. Too often at events like these, the only people who are participating or speaking are sponsors and the CEOs of the biggest tech companies in the state. We thought that there had to be a better way of doing things, so we set out to get as many people from the community as involved as possible. The CEOs of the biggest tech companies in the state will still be at StartSLC, but they'll be rubbing shoulders with hackers, budding entrepreneurs, designers, filmmakers, bloggers, and every other member of the community. We'll be holding 63 events in 2.5 days. There's going to be a little bit of everything going on.

Gavin: What made you decide to structure the event in multiple locations rather than focusing on one?

Clint: Most of the events will take place at the Gateway. We've rented out more 12 different spaces inside the Gateway to accommodate all of the different events going on, but these spaces are all right next to each other, which is something we thought was important because people to run into someone in the community they otherwise would have never met.

Gavin: How did you go about choosing what organizations to bring in to hold panels and workshops?

Clint: We opened it up to the community and invited anyone who wanted to hold an event at StartSLC to try to make it happen. Beehive Startups is certainly leading out on StartSLC, but it's powered by the entire community. This thing wouldn't be possible without the efforts of hundreds of community members and all sorts of different organizations and companies.

Gavin: What are some of the events you're most looking forward to?

Clint: We're giving away $250,000 on Saturday night in StartSLC's pitch competition finale, so I'm definitely excited about that event. I also think the Utah Startup Awards, the Family Tech Day, the Women Tech Council's workshops, the panels, the speeches—I can't choose favorites, man. It's like choosing your favorite kid. It's impossible.

Gavin: You're also holding lectures from guest speakers over all three days, what influenced having of conversations as part of the mix?

Clint: We just reached out to people we thought were interesting and asked if they'd be willing to come speak or sit on a panel. The crazy thing is almost no one declined our offer. We had a hard time fitting this event into 2.5 days. We could have easily added another day to this thing and still have had plenty of great content. That's something we'll likely do next year.

Gavin: For those who are unaware, who are some of the people you'll be bringing in to talk?

Clint: We asked Aaron Skonnard, CEO of Pluralsight, to deliver the keynote address at StartSLC. Aaron is one of my favorite Utah entrepreneurs. He's passionate about changing education, getting coding into schools, and is just an all-around good guy. We're also bringing in Parker Conrad, CEO of . was recently banned from doing business in Utah, so that should make for an interesting speech. We have more than 40 people speaking at StartSLC. The full list can be found here. 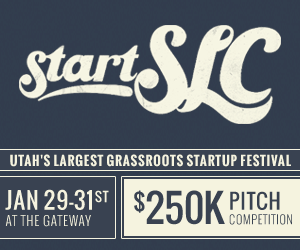 Gavin: How can people register and get tickets to StartSLC?

Clint: The best way to do it is just by visiting StartSLC.com. All the information you'll need can be found at the website.

Gavin: What do you hope people will take away from StartSLC once it's finished?

Clint: We hope people will have had fun, become excited about everything happening in Utah's startup scene, and walk away having made some great connections between people they otherwise wouldn't have met.

Gavin: What can we expect from both yourselves and Beehive Startups over the rest of the year?

Clint: You can expect a revamped website with all sorts of new features, more events, and a bigger writing staff to help cover Utah startups and tech. At least that's what I can share with you right now. We have a lot of big plans. We're here to stay, and we plan to continue to expand and help foster the ecosystem whenever we can.