January 30, 2015
comment
For those of you who have absolutely no interest in Start SLC or FanX this weekend and are looking for something of a more musical nature, we've got a slew of local albums to talk about this week, along with a release show this weekend for you to check out. We'll start with online releases and the first up is Lamar Holley, a Bountiful singer/songwriter who has been releasing material since 2009. His a writing style sounds like Ben Folds went more of a They Might Be Giants direction. He's had a few full-length albums and a couple EPs over the past six years, and he's starting 2015 off with a brand new LP titled Lo-Fi (Expanded Edition). There are some lovely songs throughout the album, as well as some curious choices, but they're very much worth listening to if you're into indie pop/rock. You can download it for $7 off Bandcamp.

While we're in Bountiful, we have the latest from electro-pop band Eminent Sol. This is a four-piece comprised of Jimm Kjelgaard, Sr. Bret Peterson, Roger Stokes and Bob Kjelgaard, producing an '80s synth sound that feels like it needs to be in a teenage coming-of-age soundtrack, or perhaps an sci-fi film made for television. The band released their debut album, Iridescent, back in the fall of 2012, followed by their EP Decade two years later. Their latest release is a remix album of their last EP, which is kinda hit-or-miss depending on the track. You can download it for $7, along with the rest of their catalog on Bandcamp.

Next we get into more symphonic dark metal with the debut album of . This is a two-man project, both going by the aliases of Alioth on vocals and  who plays all the instruments. It's pretty safe to say you won't be seeing a live version of it anytime unless they loop a bunch of material into a soundboard. Their debut album, Dust on the Chamber Floor, sounds like a carefully crafted EP to the highest degree you can get in the genre, it may well be worth listen to just to hear what went into it. You can download it much you'd like to pay on Bandcamp.

While we're talking metal, let's shift over a little into hardcore-metal and talk about Parallax. For those of you unfamiliar, the Provo-based band ruled the genre in the early '00s, being one of several bands riding the wave of attention that The Used suddenly brought to the area, but playing music that representing nothing of a pop-related genre. They were the band at the opposite end of the spectrum and won over people who poked their head in looking for something beyond the emo groups representing us at that time. The group looked like they we're going to be the next big band to rise from Utah until their run was tragically cut short with the passing of lead singer, Blake Donner, in 2005. The remaining members finally made their last album, Mediums & Messages, available online through Bandcamp, which you can purchase for any price. This is a fucking great album, if you're a rock music fan of any genre in Utah, you need to listen to it and own it!

Sliding all the way down to the acoustic end of things, we have the debut album from Big Sky. Is is a progressive folk group from SLC made up of Monty Dillon, Ian Hazel, Josh Hepworth and Billy Kurek. The group haven't really played around town that much, but if you up in Park City you may have seen them playing the streets near the Egyptian Theatre for a few. Their debut album, Switchback, has a lot of harmonizing vocals and a harder folk appeal that may actually entice many rock fans to check them out. You can download it from Bandcamp for $7, or spend $11 for the physical CD. 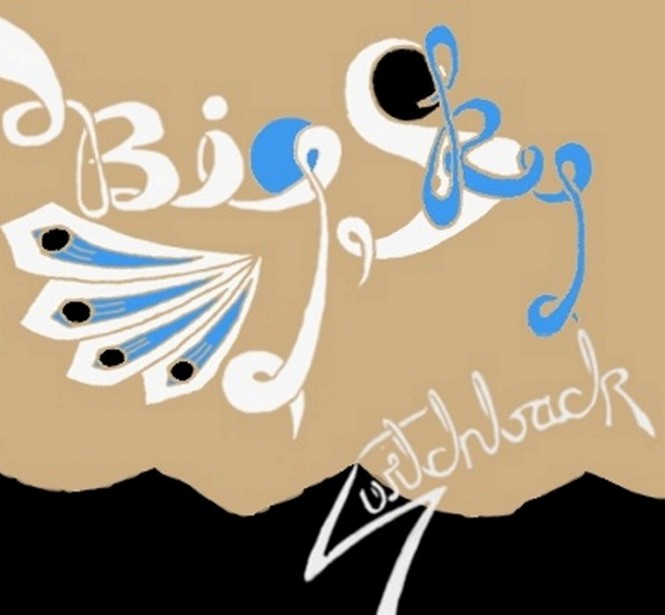 Wrapping up the online releases, we have an album from a solo performer known just as Boone. The best we know is that he's a 20-something from Huntsville, but the guy has no social media to speak of and no shows to his credit, making him a studio-only musician so far. His debut album, BKLYN, features off his high vocals and skills on the three-piece band structure by playing everything by himself. You can it for whatever you'd like to pay on his Bandcamp page.

Finally, the one release show this week, comes to us from SLC band Johanna. These guys are a cool Americana rock band from SLC featuring Kayley Glauser, Tiffani Barney, Elise Tanner and Mike Barney. They've been rocking around the  Front for about three years, having released an acoustic EP back in 2013, but primarily sticking to venue shows during that time. The band spent the later half of 2014 putting together their debut self-titled full-length album at Counterpoint Studios, and finally put it out for the public a few weeks ago on Bandcamp. But tonight will mark the physical release of the album, which they'll be celebrating at Kilby Court this Saturday, with Shot in the Mountain, Foreign and Cory Mon opening. Doors open at 7 p.m. and tickets are $6 at the door.