March 06, 2015
comment
March is already shaping up to be one hell of a month when it comes to local music, we've got some heavy hitters coming out with new releases over the next few weeks. We’re gonna start this week with brand new hip hop from SLC’s own Dusk Raps. The former Mindstate member and successful emcee has been quiet as of late, the last time we heard from him was back in 2012 with his full-length album Throw Away The Key. Since then its been the occasional single for the past few years, but now he’s back with a new EP called All Is Fair. Each song has been produced by a different name in the community rangeing from Yoga Flame Kane to Brisk Oner, with the whole album being mixed by Chance Lewis. I highly recommend checking this one out, you can download it for whatever you’d like to pay on Bandcamp.

Next up is metal band from SLC called The Ditch & The Delta. Its a badass trio mad up of heavy hitters Kory Quist, Elliot Secrist and Charles Bogus, who joined up with indie label Gypsy Blood Records last year. Their debut EP, We Rust, is a fine piece of sludge metal produced by SLC’s own Andy Patterson, you should definitely get this one if you’re a rock or metalhead. Cassette tape copies are not he way, but for now you can download it for $4 off their Bandcamp. 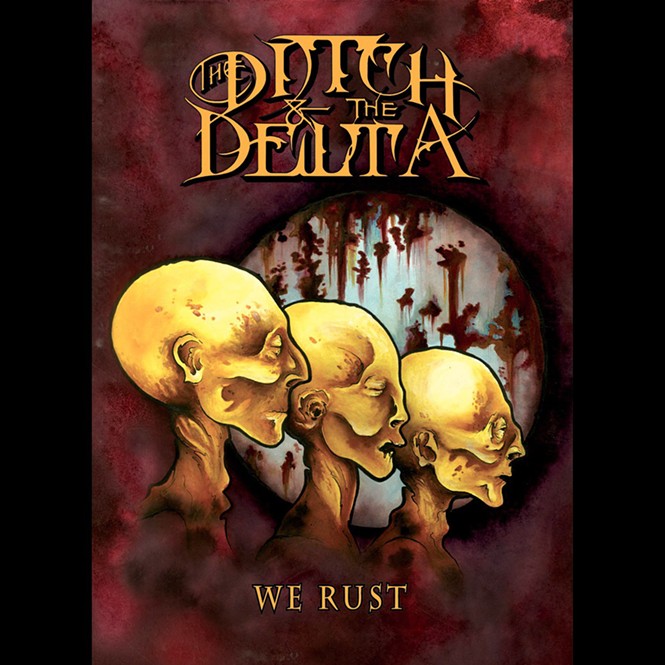 Moving into more ambient music, we have the latest from Braeyden Jae. For those of you paying attention, that may sound a little strange, as Jae just released a two-track cassette on Hel Audio a few weeks back. This time around he has a full-length album he’s apparently been working on in his home since the summer of 2014. Turnings is yet another cassette release though, this time being put out on Oakland label Inner Islands, but you can download a digital copy for $5 off Jae’s Bandcamp page.

While we’re talking solo performers, we have the debut release from SLC artist Kyler Slater. Later has a bit more of a indie-pop edge to what would normally be a solo effort, with he help of keyboardist Travis Wentz at his side. His debut release, The Winter EP, was produced by Andrew Goldring out of the Soundcave, which comes out in the final production as a clean and kinda echoey release. You can download it for whatever you’d like to pay on Bandcamp.

Wrapping up the online releases, we have the debut album from Students Of Expression. This is a folk-rock project put together by musician Caleb Meurer, who basically performs, records and masters his own works by himself. The ultimate in DIY musicianship. The Astronomer EP is a quick four-track acoustic album with some upbeat tunes, a pretty cool first effort from a solo musician. You can download it for whatever you’d like to pay on Bandcamp.

Getting to release shows this week, we have two happening tonight, the first from SLC rock band Westward. This is a two piece band made up of Andrew Marshall and Matt Morrison, who have dubbed their music “cowboy space rock.” Its got a few elements of psyche, alternative and noise rock and converging into a mixture of energy that doesn’t sound like anything else happening at the moment. The closest comparison I can make is to Fox Van Cleef when they were still rocking. The band will be playing a solo show tonight at The Loading Dock for free, where you can pick up copy of their new full-length album, The Deadly Rapture Of Space, as well as listen to it start to finish live. Music starts at 7 p.m.

When that show ends, you can boogie down the road to Bar Deluxe where Top Dead Celebrity will be releasing their latest album. It’s been a minute since we’ve heard from the SLC heavy rock group. The band is made up of longtime heavy hitters Jeff Anderson, Jeff Johnson, Jesse Mills and Andy Patterson, who have already released two great albums over the past five years: and 2009’s self-titled album on Exigent Records and 2012’s Mid-Western Rube. The group have been hard at work int he studio during the later half of 2014 and have come out with a badass album. High Horse is a fine piece of work, probably one of the frontrunners for metal album of the year. The band will be playing in support of touring band In The Company Of Serpents, with local groups Oxcross and Star Grazer opening the show. Tickets are $8 at the door and the music kicks off at 9 p.m.