Events you should check out from March 8-21

Hello to all you house-watching, bill-reading, debate-yelling, law-voting, how-much-bullshit-can-we-get-away-with-this-year enthusiasts! If you've been watching this year's session as closely as Gail has while she knits some kind of demonic tan-colored onesie in the rafters, then you know this session looks both promising and depressing. It has been a  time since I've heard people under the age of 27 actually be interested in local politics, especially in a month when they could be escaping all of this be skiing in the hills. Well, what's left of the snow in the hills before you have to slide back down into the soup that is SLC. Don't be fooled by the blue, it's still dirty above us. It looks like it will be a while until we get a 337 Memorial Wall update, so here's random art from downtown SLC.

Getting to events, first up on March 9, Uprok will be hosting an open mic night for emcees, hosted by Abstract Rude and Myka 9. That's a hell of a host to have for this kind of event, and better yet, it's all ages and completely free to everyone to attend. The event will go from 4:20-8 p.m., make your way over to Uprok for a chance to see some amazing voices take the floor.

On Tuesday, March 10, Comedy Roadkill will take over Mo's again over at 1300 South and 300 West for a Teenage Wasteland themed night. Basically a chance for you rising comedians to bring your favorite funny story from your already awkward youth, and share it in front of people chowing down on nachos. There will be a prize for the best story, so get thinking about what you'd like to share. 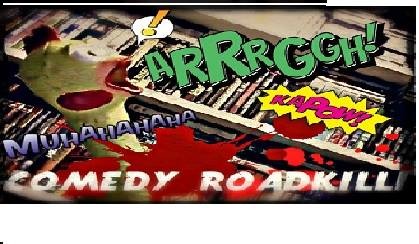 On Wednesday, March 11, the Main Library will play host to Food For Thought, which will be covering the topic of domestic violence. In Utah, the rates for crisis calls and cases regarding domestic violence are higher than the national average, but that's the ones we know of based on studies and stats collected by the state. This event will give you an opportunity to chat with trained professionals on the matter, as well as an open Q&A, and it is completely free to the public.

On Friday the 13th, aside from dealing with superstitions, you'll have a few events to choose from. First one is at the Fear Factory where the Battlefield Live crew will take over the property to bring you Operation: Zombie Destruction. Much like what they did over on 3300 South a could years ago, this is an all-out war with you and some friends against a horde of zombies, all in a horror theme park for you to get double-scared in. It's $10 in advance and $15 at the door from 7 p.m. until Midnight. over two days.

If you're not into zombies but you're still looking to dress up, The Penalty Box in Murray has the solution for you as they present Cosplay Night. Dress however you'd wish in your geekiest costumes and pop on down for a night of showing off and social gathering. It's only $5 to get in, but all the money collected will go to the National Multiple Sclerosis Society in honor of MS Week.

Of course this coming Saturday, March 14, is the St. Patricks Day Parade, where you get a chance to see most everyone wearing one of the green shirts they own and one of the green skirts their dog is forced to wear. Of course, you'll see City Weekly marching along in the festivities as the parade winds its way through the Gateway Mall. Come join us Saturday morning and then find me at a bar and buy me a drink.

Later that evening the Junior League of Salt Lake City will be throwing their own shindig over at the Hotel Monaco. Using a Great Gatsby theme, the evening will feature a celebrity chef, live music, and a silent auction, with all of the proceeds going toward the League and their efforts. Head over to their website for ticket information.

The majority of the following week will be mostly concerts and live musical events until you hit Thursday, March 19, where Jason Harvey brings back his Comedy & Other Opinions showcase to 5 Monkeys. This month's lineup will feature Eileen Dobbins, Alex Velluto, Abigail Harrison and Greg Kyte, all for the low price of $5. 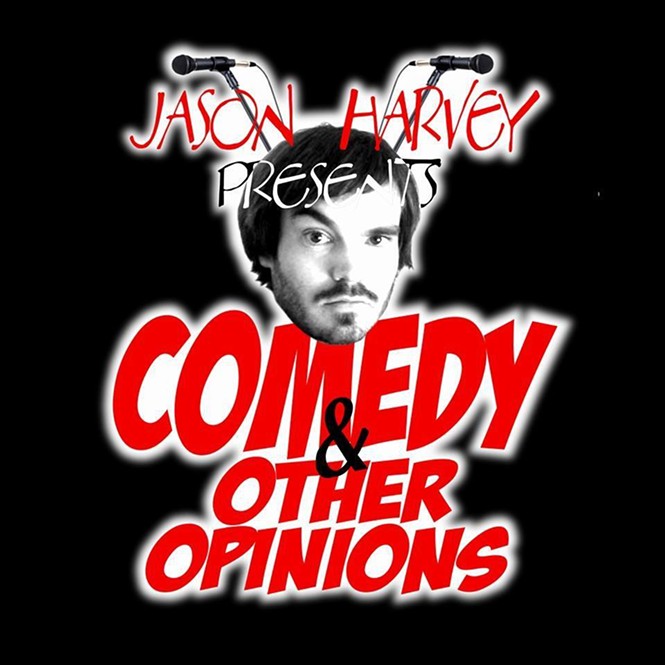 Speaking of comedy, the following night up at the University of Utah Union Building, Dungeons & Comedy will take over the place to present an evening of standup. The evening will feature several comedians from Provo including Michael Meehan, Meghan Bean, Anthony Juliana and Jacob Tehrani, with Nicholas Smith and Aaron Orlovitz hosting, presenting an evening of nerdiness and humor wrapped into a three-hour ball of entertainment. You should seriously go check it out.

Finally, two weeks from today on March 21, the Film In Utah Awards will take over the Covey Center For The Arts in Provo. I'll be very honest with you as a writer who covers the independent film scene in Utah... I have no idea what these awards really represent as far as achievement or status. But, it's a party with panels and many involved with local entertainment sure to attend, so the evening will be something special for sure. Check out the Center's website for tickets.

As for the blog... thanks for keeping on reading it, we'll continue to keep what's coming up a secret as we juggle a few things up for the next couple of weeks. As always, we'll see what happens.