New music from Hamatria, Wing & Claw, The Tribe Of I, BassMint Pros and more

March 20, 2015
comment
As the great actor, Samuel L. Jackson would say, "Hold onto your butts." We've got 10 albums to talk about this week hitting nearly every genre we could find, with the exception of polka. First we'll explore the online releases, and we'll start with the debut album from The Nods. This is one hell of a four-piece punk band out of SLC, if you haven't had a chance to check out their shows from Diabolical Records, you're doing yourself a great disservice. A couple weeks ago they dropped their first release, a seven-track album called Ariadne's Thread, which sounds about as close to a live gig as you can get while still having a professional tone to it. You can download it for whatever you'd like to pay on their Bandcamp page.

Another album that dropped a couple weeks back is the full-length from Wing & Claw. This is an acoustic soul duo featuring James Miska and Genevieve Smith, you can often catch them playing at Copper Common as they weave fantastic harmonies with a guitar/cello combination. It makes them a fantastic among the usual bar and coffee shop players in town. They previously released a self-titled EP back in October, but then took to the studio to properly record those tracks and a few extra in what would become their self-titled full-length. You can purchase it now for a mere $10 on Bandcamp. 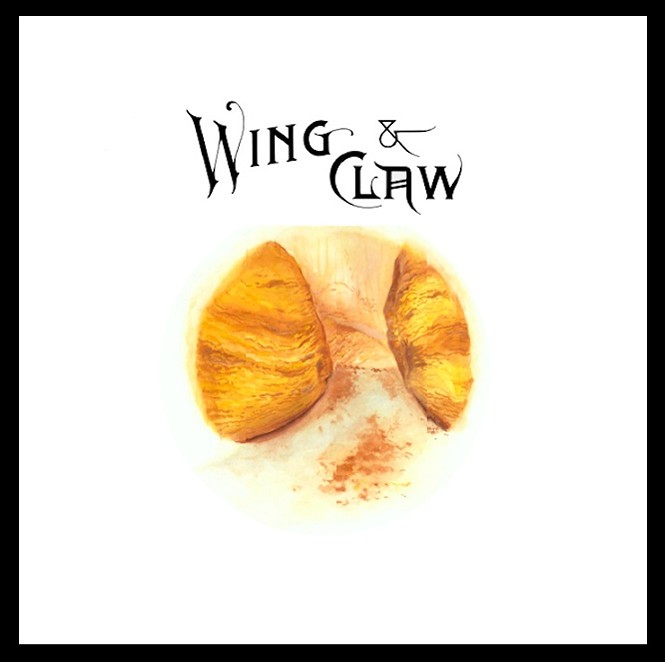 Switching to a little bit of the pop-psychedelic, we have the latest from Panthermilk, a solo project from Logan-based musician Benton Wood. The man has been playing primarily in Cache County, earning praise from the Why Sound crowd, but hasn't really tackled the Wasatch Front yet. Back in April 2014 he released his debut EP, Orion, but since then has taken most of it down and left only a single track for download. Totem is the name of his second official EP, which sounds like he picked up more of the psyche influence in the past year. You can download it for $3 off his Bandcamp page.

Switching to for a moment, we have the latest release from THEONESONN, which is a cool little project from an unnamed producer/musician out of Salt Lake City. He already has a three-track EP called Demi Dreams to his name from early 2014, but now he has two albums out at the same time taking very different paths. The first is a full-length single-track album called The Boroughs of Sonn, which is 33-minute single-sustaining song that has a more dance-related vibe. The second is a traditional full-length album called Anonymal, which flows more into the ambient lo-fi, both very interesting musically in their own rights. You can download both for whatever you'd like to pay on Bandcamp.

Moving into more of a post-hardcore sound, the next band up is . This is a four-piece group out of Ogden featuring Corbin Dillingham, Daniel Patino, Brandt Trent and Braulio Garcia. These guys have been busting their asses hard to get as many gigs as possible and get their name out, and eventually hooked up with the crew at Glasshouse to record their debut EP, Birth. The EP, especially the vocals, have a very indie-appeal to them that you normally don't get from a band even remotely saying they're any kind of hardcore. It's very liable to get a lot of attention but also piss some people off. You can download it for $7 off Bandcamp.

Going almost entirely to the other end of the spectrum of rock, we have a split EP between  and . These are two very skilled, very dynamic, very "don't give a fuck what you think" kind of black/death metal bands. The first is clearly an in-your-face entity with power, the second being more methodical in their approach before they blast your eardrums apart. You can download their split EP for a mere $4 off Bandcamp.

Yesterday we saw the release of the latest album from The Tribe Of I, and SLC-based reggae/jazz/hip hop ensemble who have become a staple of that musical community in recent years. They've almost become a permanent fixture at the Woodshed with acts like  and have earned a major following in town. We're not certain when it will become available online, but check out the band's Facebook page for their next few dates to snag a copy of their self-titled album. If you're into reggae, this is definitely an album to at least listen to.

Getting to release shows, we've two for you to choose from! We'll start in Provo where RKDN will be releasing their latest EP. This alternative-pop band has been around roughly four years now, primarily as an opening act who received a major boost in popularity when their sound started matching the Imagine Dragons sound once they made it big. The band released a full-length album bac in 2012 called No More Nightmares, but it was quietly taken down last year without an explanation. The band will be releasing their first EP, Stone Cold, tonight at Velour with Haarlem and I/O opening the show. Tickets are only $8 and the doors open at 8 p.m.

Meanwhile up in Ogden, Brewskis will play host to the latest release from the BassMint Pros. For those of you unfamiliar with the Ogden-based collective, it basically features a mix of emcees, DJs, producers, singers and other music figureheads in and around Ogden, along with special guests from time to time joining in the fun. The names that have contributed over the years have been impressive, each adding their own flare to the lineup at any given time, but like any collective the project continues to move on and progress to influence local hip hop. The current incarnation has a new "12 full-length titled The Hip-Hop Collective, which will be released tonight at Brewskis with Burnell Washburn, Rebel and Mr. 200 opening the show. Tickets are just $5 and the show kicks off at 9 p.m.