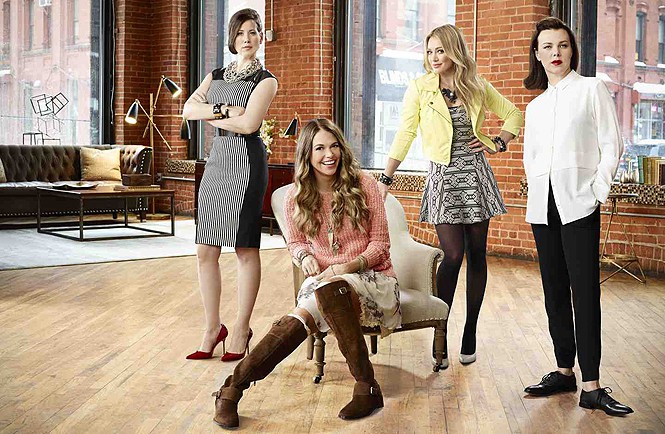 Younger (TV Land) Series Debut: Sutton Foster charmed critics and a handful of fans on ABC Family's now-canceled Bunheads, but the new Darren Star-produced Younger should be her Big Break (or at least as big as you can get on TV Land). Foster stars as a 40-year-old woman posing as 26 to get into the cutthroat world of ... publishing? Just go with it: Foster is fantastic, the writing has an edge not usually seen on TV Land (and no laugh track!), and Tuesday night could use a new comedy that doesn't half-ass it. Unlike the next selection ...

Cougar Town (TBS) Series Finale: It's still on ... but not after tonight. So this is probably not news you can use. Carry on.