April 10, 2015
comment
After a brief respite last week, the local music releases pick back up in April with nearly a dozen releases to discuss this week. The first on the list is Atomic 45, which was the only release show from last week. The hard rockers from SLC have been around since 2013 and had a badass album called Wake Up Dead come out last year. Cauterized is their sophomore full-length, it isn't available for sale online yet, but you can listen to the tracks on their ReverbNation page in the meantime.

Switching to power metal, we have the latest from A Balance Of Power. This is a Progressive/Thrash five-piece group from SLC, and we're going to hold off from writing anything more than that, because every single time we write the band up for an album release, they claim we fuck up their bio no matter who is writing about them. Just know they've been around for a while. Their latest full-length album is Death of a Thousand Dreams, which you can download for $6 from their Bandcamp.

From power metal to groove metal, we have the debut album from Atrium. This is a solo project from Provo-based musician Vincent R. Ochoa, who composes and plays all the pieces himself into instrumental progressive-math rock. He's currently on tour across the U.S. playing this for audiences, but you can snag his debut release, Elements, for whatever you want to pay on Bandcamp.

We'll slide over from metal to just plain noise with the debut release from Hoops. The alias of an unknown musician, this debut cassette called A Whiff Of Spirits features music created over a two-decade period and saved over time, falling into the experimental category at times when you can hear music. But, for the most part, the album is just a lot of banging to a cassette recording. Don't believe it? Head over to the project's Bandcamp and pop down $2.50 for the physical copy.

Switching it up to hip hop, we have the latest from Ogden artist DreDai. He's been involved with local hip hop for years and has worked with practically every emcee and producer our state has had to offer, with four full-length albums going clear back to 2008. Hollow Victory will be his fifth release, there aren't many notes around on who took part in producing the album, but it has a very laid back vibe that's perfect for chilling out. You can snag it off his Bandcamp right now for whatever you'd like to pay. 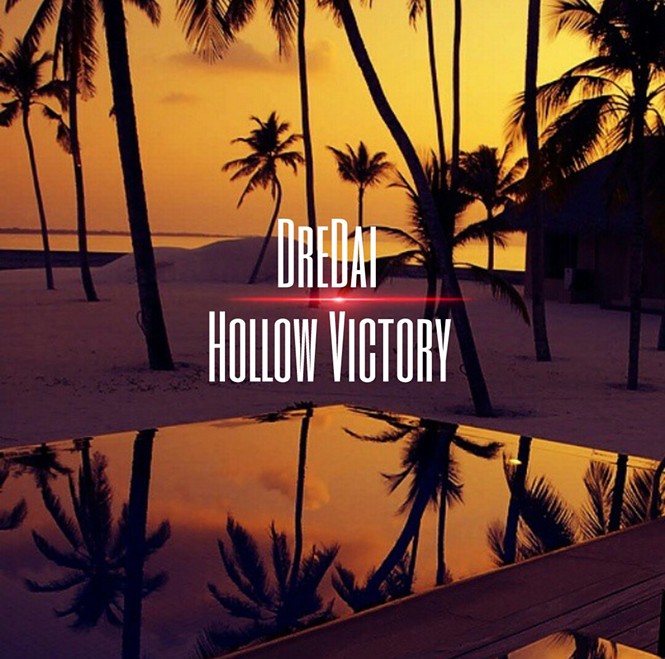 Sticking with hip hop, we also have the latest from SLC emcee Clawson. This artist takes a different approach, his brand of hip-hop his a little more abrasive, a little more hardcore, but he's got the talent to back it up and a strong fanbase after six years of performing. His latest full-length is called Old School, featuring a wealth of talent including YZE, Apollo V, Epistra, Atheist, Mike Lighter and more. You can download it for $10 off Bandcamp.

Toning it down into a more jazzy vibe, we have the debut release from Ethan Blackburn. A former St. George kid now living in SLC, Blackburn has been in projects such as DM-T and Clockwork Ahead. In My Own Way is the name of his first solo effort, a full EP of instrumental lo-fi fusion jazz. You can download it from Bandcamp for free.

Yesterday evening saw the release show for The May Reunion at Velour. This is a super-light trio from Provo, comprised of Russell Ollerton, Andy Chow, and Jenny Webre. The band have been together for about a year and a half, earning them a small following for people who enjoy their quiet vocals and gentle plucking of the guitar. Their debut self-titled full-length album has as clean a look as the sound. You can’t purchase it online yet, but there are tracks available for listening on it through their Facebook page in the meantime.

As we move into current release shows, tonight we have two to talk about. Keeping it in Provo for the moment is the latest release from Quiet House. This is a six-piece ensemble with, quite honestly, some of the best eclectic musicians Provo has to offer. Stuart Wheeler, Mary Nielson, Alyssa Pyper, Sydney Howard, Robert Willes and Jesse Quebbeman-Turley round out the current lineup. The band released self-titled EP back in the spring of 2014, followed by the single “O Bury Me Not On The Lone Prarie” that June. This brand new self-titled release is a full-length album, featuring many of the EP songs and new tunes, all recorded at Studio Studio Dada with help from Stephen Cope over the winter. You can pick up a copy tonight at Velour as the band plays their album release show, with Bat Manors and L’anarchiste opening. It is just $8 at the door, with doors opening at 8 p.m.

Meanwhile over at Urban Lounge, we’ll see the latest release from Folk Hogan. I’d tell you more, but I don’t need to because Kolbie Stonehocker already did that in this week’s issue. But after you read that, you can catch them tonight at the Urban Lounge with Six Feet In The Pine and snag a copy of their new album, The Show. Well, that is. if you have a ticket, the show is officially sold out.

Finally on Saturday, April 11, The Anchorage will be releasing their latest album. The band is currently a six-piece alternative ska band featuring Derek Harman, Ben Lambert, Jason Bohman, Erik Vorkink, Mason Nagy and Justin Carter. These guys are always a fun show to watch, kinda like watching The Strike, but more compact and higher in energy. Over the past four years, the band have had a couple full albums and an EP, but this full-length album Regrow is their first release in over three years. The spirit is still there in this album, but you can hear sharper techniques and, in some strange way, a sense of confidence that previous ventures seemed to be lacking. You can snag a copy of the album tonight at Kilby Court, with DesmondMar, Barbaloot Suitz opening the show. Doors open at 7 p.m. and this show is absolutely free!