Hello to all you riot-watching, police-hating, movement-supporting, city-burning, why-the-hell-are-you-fueling-CNN's-ratings enthusiasts! I completely understand and support the disgust in the way police brutality is happening across the country right now. But to those of you doing solidarity protests—you're not helping anything. You know what would truly help? Taking two weeks off of work, driving 2,000 miles and aiding an organization like the Red Cross, or the Maryland Food Bank, or United Way, or Salvation Army, or some organization actually looking to help rebuild and aid the community in this time. Just saying... there's privileged protesting, and then there's real protesting. In lieu of a 337 Wall update, here's a random piece of art from the recent Captain Captain open studio that happened last weekend.

Getting to events, we'll start on Monday, May 4, with the Urban Arts Gallery who will be displaying a bunch of Star Wars art. If you haven't heard this joke before, May 4 is a holiday for the film series (May the 4th be with you, get it? Heh. Heh. Heh.) Anyway, the gallery will be displaying artwork related to the films series, as well as holding a costume contest to go with it. Head on over and check out the opening reception.

The majority of the week is concerts, including a big one out in the middle of nothing, and doesn't pick back up until May 9 with a number of options, The first being the SLC Krishna Temple's version of the Festival Of Colors. Basically for those of you who couldn't get down to Utah County to celebrate the real Holi Festival and smack people with chalk, you have a second chance in SLC (965 East 3370 South). This one will cost you $5, but on the plus side, it's closer to your homes for all three showers you'll need when you're done.

Meanwhile from 2-6 p.m., Signatures In Salt Lake will be taking place. This is a multi-genre author signing and book fair with authors from around the U.S. to meet and greet fans. Essentially it's a giant event where you can purchase books and meet the minds behind those books to chat and get a signature. The event is free at the Gallivan Center and also has a VIP option for $10, but either way, you have to pre-register.

In the evening, there are three separate events in which glowing in the dark takes shape. The first is the Hippie Run 5K in SLC that starts at Liberty Park (which will help the Lupus Foundation Of America). At the same time in Ogden, the Blacklight Bubble Party 5K, and then supposedly both will conclude at Jam where they'll be holding a blacklight party featuring DJ Jesse Walker and Artemis from the Bad Kids Collective. Click the links featured to join those. On Monday, May 11, The Food Truck League will launch their first official evening, in which ten trucks will surround Sugarmont Plaza and offer you an array of tasty treats, all complete with music from local band Bludgeon Muffin. Check out the flyer below to see all the options you can taste as this will be a very awesome social food event. 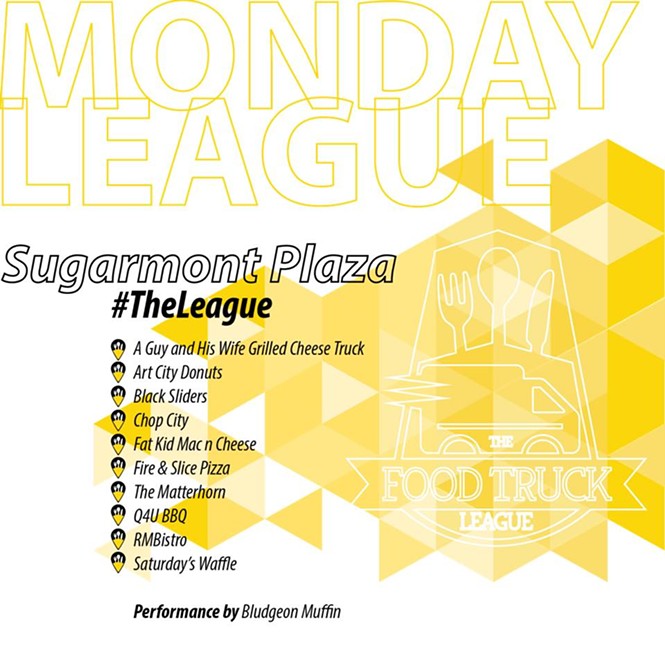 On May 14, UMOCA becomes the host site for one of the cooler beer events to take place in the year. Working with the Utah Brewers Guild, the evening presents some of the best microbrews in Utah with the wide array of art current found on the walls of the downtown museum. Each brewery is given a piece of art to pair a beer with, which will only cost you $30 in advance to have fun at.

On Friday, May 15, the Provo Bike Prom will take place. Short version to this: the Provo Recreation Center are currently selling tickets to single riders, couples and children who wish to participate in a leisurely ride through Provo to see landmarks while attending a dance at the end. Click this link here to get full details for the evening.

Meanwhile in SLC, and we won't dwell too much on this once because I'm sure you'll be reading a lot of things about it leading up to it, The Living Traditions Festival returns to Washington Square from May 15-17. It is by far one of the most culturally relevant festivals in the country and totally worth your time to check out, if not for the music then for the food.

On Saturday, May 16, we have several events to get to, and we're gonna start it off with early drunk adventures with the Sugar House Pub Crawl. The first ever, mainly because they now have enough bars and holes in the ground to do this properly and safely. Starting at Noon, patrons will be taking a long walk to several stops, including Campfire Lounge, The Tap Room, The Fiddler's Elbow, SugarHouse Pub, The Annex, Mellow Mushroom, Wasatch Pubs & Beers, The Bar, Fat's Grill and Trolley Wing Co. Check out this event page with details on how to join. 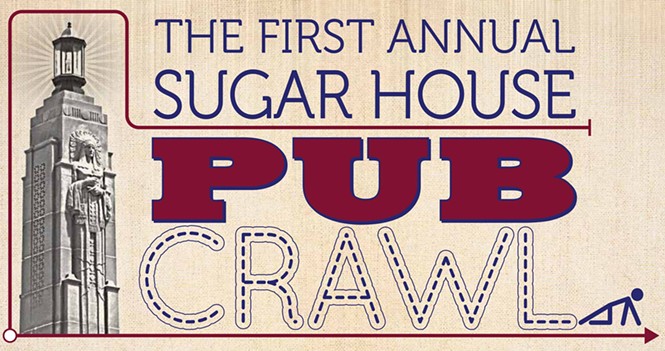 Meanwhile over at the Derby Depot, Wasatch Roller Derby is back in action as the Black Diamond Divas will take on the Hot Wheelers. This season has been pretty exciting, and if you've ever been curious about roller derby, now is the time to jump in and get yourself a favorite team. Tickets are $10 in advance and $15 at the door, the game starts at 7 p.m.

Finally that night we'll see a brand new runway event from Art Meets Fashion. Now just to be clear, this isn't their annual big event they hold, this is a smaller runway event taking place at Adibs Rug Gallery in Millcreek. This particular show will feature a full collection from AMF runway program recipient Davis Hong and a preview of fine artist Mark Seely. $45 gets you in the door with food and drink, and all proceeds will go toward AMF's Entrepreneurial Artist Mentor program.

As for the blog, keeping everyone int he dark has been really awesome compared to when we let you guys know what was coming down the pike. So this will probably be the last time we make reference to it. Just keep checking back every other day to see what new stuff we add. As always, we'll see what happens.