A look at locally-made swimwear for the summer

The current weather pattern outside this week may not reflect it, but spring is in bloom and summer is coming quickly. For those looking to spend lots of time outside chilling, swimming, tanning and just enjoying the outdoors as much as possible, the time to find an awesome bathing suit is now. One of the local fashion designers creating awesome wears is Sapphire Coast Swim, taking more of a colorful designer approach to their bikinis and swimwear to help you stand out wherever you may be. Today we chat with founder and designer Nyssa Pack about the company and what she has in store for 2015. (All pictures courtesy of SCS.)

Gavin: Hey Nyssa, first thing, tell us a little bit about yourself.

Nyssa: I am a student at the University of Utah, I am studying Psychology with a minor in Integrative Human Biology. I love getting involved in school, I’ve been a member of Alpha Phi Fraternity for the past four years and I just recently got involved with the Utah Entrepreneur Series as the Director of Programming. I love to travel the world and I spent most of last year living in Australia.

Gavin: What first got you interested in fashion and what were some early influences on you?

Nyssa: I’ve been intrigued by fashion ever since I can remember. As a little kid, I always had my nose buried in the glossy pages of fashion magazines, I would draw up these elaborate dresses and plead my mom to make them for me. My dress-up wardrobe was the envy of every six-year-old in the neighborhood.

Gavin: I read you learned to sew early on but didn't really pursue a career in it until recently. What was it like learning early on?

Nyssa: My mom is an amazing seamstress and she used to own a bridal shop, I grew up watching her make incredible gowns and I begged her to teach me to sew. I learned little by little as I got older. I’d be lying if I said it was easy, sewing takes a lot of patience, and sometimes disasters happen and you have to scrap the piece you’ve been working on for the last two weeks because you just sewed it inside out and backwards. Life goes on.

Gavin: Did you make any creative attempts in between then and now or was it pretty much a dry spell where you had no interest?

Nyssa: I’ve tried my hand at making just about everything, I used to do a lot of jewelry, I have a vinyl machine I use to make custom stickers. I have a lot of creative outlets, I’d say my favorite one (that isn’t designing) is photography.

Gavin: When did the idea come about that you wanted to start creating, and why swimwear?

Nyssa: I’ve been making things since I was a kid, I always insisted on making my own Halloween costumes, outfits, and prom dresses. I never wanted to be wearing the same thing as someone else. The swimwear came about almost by accident, a few years ago I planning to embark on a massive lake trip, and I wanted a swimsuit that would let me stand out from the several hundred other bikini clad ladies on the same trip. I came up with a design and through a lot of trial and error I puzzled out how to make it. On the lake trip, I had dozens of girls ask me where I’d gotten the bikini and, upon my answer, asking me to make them one too. Once I got home I opened a shop on Etsy just to see what would happen.

Gavin: What were some of your first creations like and what kind of learning curve did you need to overcome?

Nyssa: I started out making dresses, I did a lot of formal gowns. I’ll be the first to admit some of my prom dresses were a tragedy, but it was a good learning experience and it lead me to be able to do swimwear. The learning curve has been tough, swimwear takes a lot of attention to detail, everything has to come together perfectly, sort of spandex-symphony if you will. It wasn’t always easy though, I do have many, many franken-bikinis lying around the house as a result of creations gone awry!

Gavin: When did you officially decide you were going to make a career out of it, and what made you choose Sapphire Coast as the name?

Nyssa: When I first started out on Etsy it was almost an experiment. I’ll never forget the exhilaration I felt when I got my first sale, it felt amazing knowing someone would want something I designed and made with my own hands. As far as actually deciding to make a career out of it, I didn’t. I planted a little seed the day I opened up shop, since then I watered that seed faithfully, I made the orders as they came in and started to stock more products, I kept watering the seed expecting it to be a flower, instead, I got a tree. I had no idea my small idea could grow this big, now that I know what I’m capable of I am going to climb up that tree and build a treehouse, a treehouse of success. As far as the name, whilst living in Australia I went on a surf trip with some friends, we rented this outrageously painted van and drove from Adelaide to Sydney along the Great Ocean Road. We’d stop and surf whenever and wherever we heard the call of the waves. There was this beautiful stretch of the Great Ocean Road nicknamed the Sapphire Coast, I remember being mesmerized by the surf culture. There was an air of euphoria, a carefree nature, it was a place where people from all over the world could come together and find freedom and solace in the waves. I wanted to take that feeling home with me, embody it in a collection and lend it to each girl who wore my swimwear. 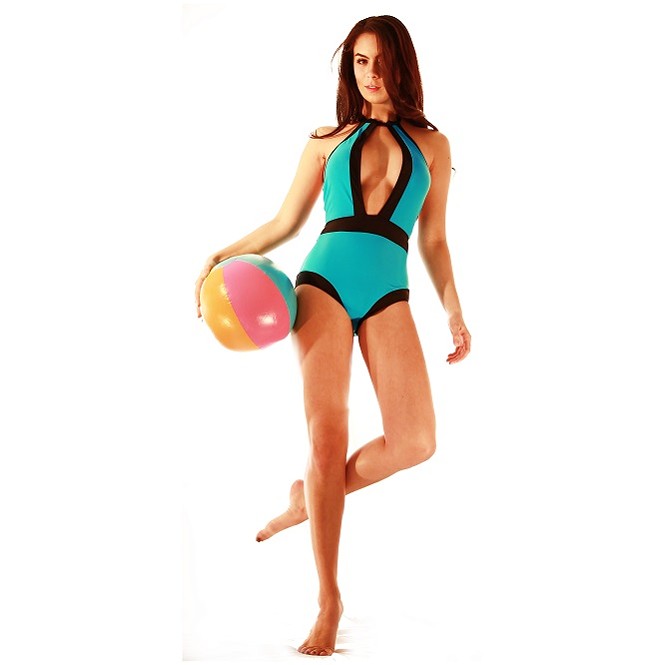 Gavin: What was it like during your first year establishing yourself and getting your products out?

Nyssa: It was a huge leap of faith. I remember buying a few thousand dollars worth of spandex and thinking to myself that if this didn’t work out I would have to deal with having just spent my next semester’s tuition on fabric.

Gavin: How was it getting involved with the local fashion scene and taking part in showcases?

Nyssa: That has also been challenging as some shows are run better than others, It also takes a lot of effort to pull a cohesive and new collection together for a runway lineup rather than just taking my inventory from the shelves and tossing it on the runway. The best part, however, is the local fashion community. Everyone is so supportive and helpful, we are really lucky to have so much amazing local talent blossoming right under our noses.

Gavin: What's the process like for you in creating a new piece?

Nyssa: I draw a lot of my inspiration from travel, I like to give each piece a little bit of flair from one of the places I’ve been. I start by sketching a design out, next I source fabric that fits the structure and style of my idea, then I make the pattern and start sewing. After I’ve got the style down I can bust out a few dozen of the same design in no time.

Gavin: What do you believe sets your line apart from the generic brands or others in the same category?

Nyssa: I think the fact that my swimwear is handmade is really unique, that aspect of it allows it to be very customizable. I have options on my site to customize the fit, add a bow, or add custom embroidery. I want the customer to be able to be part of the creation process, what could be better than having something made just for you? 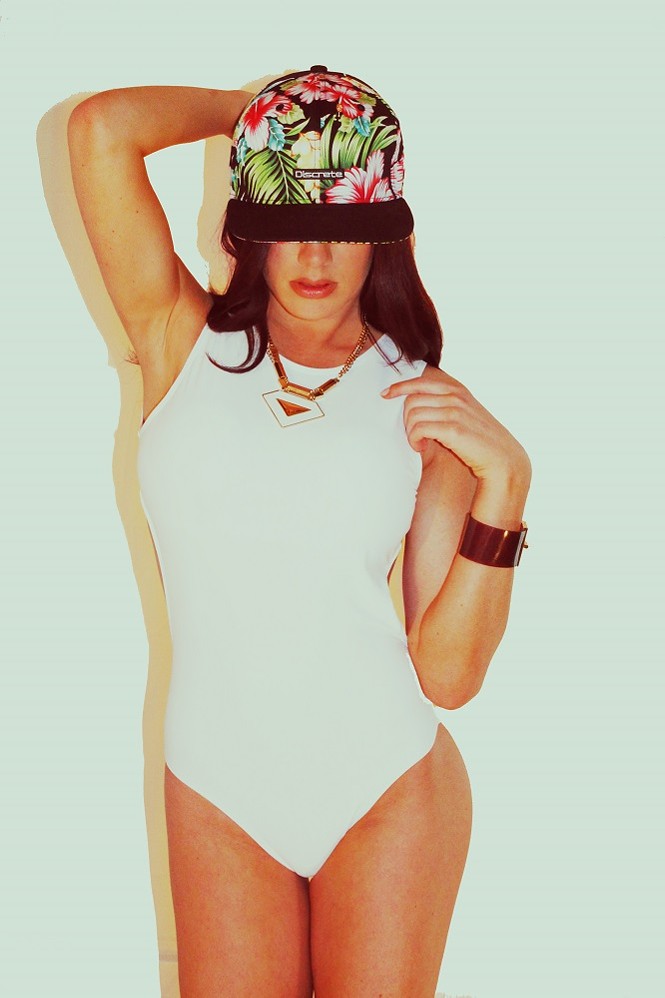 Gavin: You've been running the company for about two years now. What's your take on how you've grown as a designer and business owner since starting?

Nyssa: The biggest step was launching my own site, I had to learn to write HTML for all the pages, I did all the graphic design for the logo, and all the product shoots as well. That was a big test for me to see if I was serious about this or not. Growing pains surfaced again when it came to marketing and social media, there is a lot to learn, but I’ve enjoyed it every step of the way.

Gavin: Your recently took part in the Rawards, what was that experience like for you?

Nyssa: I had a great time putting together the collection, instead of sticking to one central theme I separated the lineup into three distinct looks: Cute, sporty, and tribal. I tied all the looks together with the help of my hair and makeup team. It took weeks of work and planning, but it came together really well, it was exhilarating to see the models wearing my designs down the runway!

Gavin: With summer coming up, when can we expect to see new designs for the year?

Nyssa: I am working on some exciting new things for summer, I’ll be putting up some new looks within the next two weeks and running some giveaways at the end of the month!

Gavin: Where do you expect to see Sapphire Coast in the next few years, both as a brand and a business?

Nyssa: In the next few years I plan to build the brand into a solid foundation to grow the business on. I’d love to get my designs in local stores, I’ve already got a deal in the works with some stores in Europe, but I’d love to be able to sell in local boutiques! Along those lines, I’d like to collaborate with some fashion bloggers and local photographers as well. 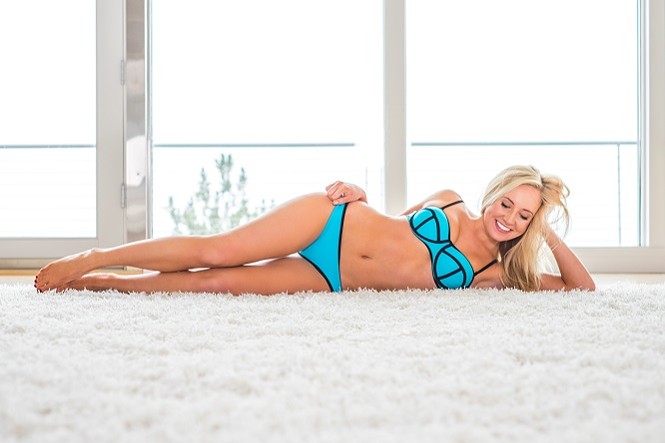 Gavin: What can we expect from you over the rest of 2015?

Nyssa: I’ll be focused on ramping up production and adding a lot of new products! It's going to be an exciting year, so far I’ve launched my site and had my first fashion show. It's been a busy year, but I’m just getting started.