June 05, 2015
comment
It may be Pride weekend, but between your attendance at the festival and the morning parade, we have several a fine selection of release shows for you to attend. We'll look at the online releases first, starting in Ogden with . This originally appeared to start off as somewhat of a solo project from musician Alex Anglesey, who primarily serves as the band's percussionist and vocalist. It has since grown to include fellow musicians Corey Collatz and Stephen Beck, who have combined forces to make a progressive rock band. The trio released their debut album, Sawn, which you can pick up for whatever you'd like to pay on Bandcamp.

We'll take a geography trip for the rest of the online releases and head south, first with SLC where we have the latest release from . I'm not going to try to praise the band with words they'd probably view as boasting; I'm just going say that they're a fucking good five-piece punk band. No flash or flare, no gimmicks, just pissed off punk with a dash of political seasoning. The last time we mentioned the was back in late 2013 when they released their first EP, simply called EP. Now they're back with a second one titled Justice For Geist, a nod to the incident last year where a police officer shot a dog in the owner's backyard while searching for a lost child. You can download the EP for $5 on Bandcamp.

Making our way to Provo, we have the latest release from Hel Audio. This album comes from solo performer Bobo, which is the alias singer of Kari Jørgensen. Her debut album, Smoke In The Elevator, is actually quite elegant: an ambient synthpop album that at times feels very while other tracks can be kind of haunting. You can download a copy for $6 off the label's Bandcamp page.

Later this week we'll see the latest album from solo performer PhazeShift. Well, actually, it isn't so much the "latest," but more of a compilation, as he's decided to release a "best of" album. With eight albums self-released since 2013, apparently he thought it was time to wrap a bow on this phase of his music by picking what he viewed were the choice cuts. You can pre-order it now for $7 before it's released on Tuesday via his Bandcamp.

Finally, rounding out the online releases is the latest compilation from Dirty Provo. These guys have been on a massive roll since launching their own label, with a total of eight albums, EPs and singles since June of 2014. The crown jewel to this catalog so far was their first compilation album, featuring bands from the alternative, punk and indie music scenes in Utah County. One year later, they've finally released Volume 2, with music from awesome acts such as Bat Manors, Lydians, OK Ikumi, Lauren Smith, Officer and many others. This album is at least a must listen, and if you like it, you can download it for $6 off Bandcamp.

Getting to release shows, we have two on Friday night. Over at the Loading Dock, we'll see the latest release from I Capture Castle. This is an electronic hardcore/metal band who have been around for roughly five years now, playing primarily as a six-piece. Their current lineup includes Marcus Gressman, Donny West, Jesse Moran, Keaton Stewart, Travis Mckell and Cody Taylor. They've already got an EP under their belt from 2011 titled Throw Me The Rope, as well as a couple singles here-and-there. Daydreamer marks the band's first full-length release which you'll be able to snag tonight as the group plays with Beneath Red Skies, Aether and No Safe Way Home opening the show. Tickets are just $10, and the doors open at 6:30 p.m. 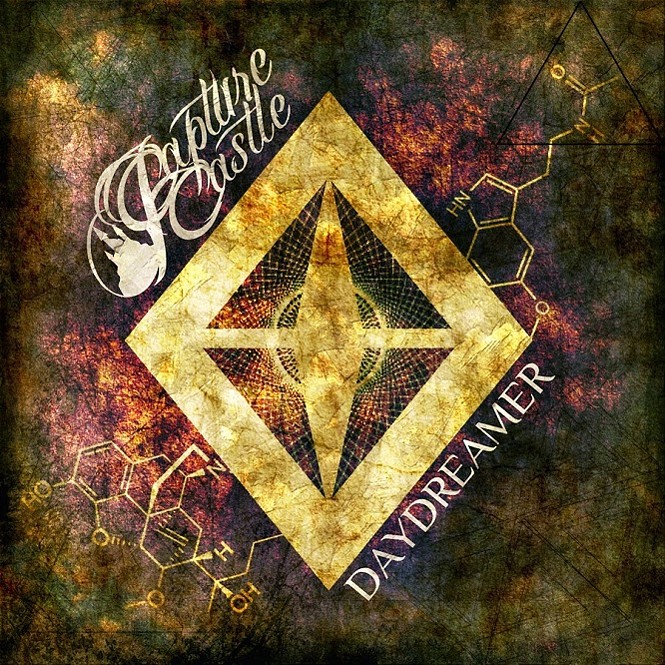 Finally, up in Ogden at Mojos, we'll see the debut EP from Mojave Nomads. A bit of an anomaly, this is a five-piece alternative band with pieces of blues, rock and jam-band all wrapped in one. The band changed their name from X back in October, primarily playing live and loading little to nothing online. That will all change this weekend when their EP, Black Sheep, goes live for public consumption on iTunes and in person. You can actually catch them twice: tonight at Mojos with Panthermilk, Sammy Brue and The Wednesday people ($6 with doors at 7 p.m.), or tomorrow night in Orem at The Stereo Room with Lemon & Le Mule, Miles Out and The Raven & The Writing Desk ($10 with doors at 7 p.m.).

And finally on Saturday will be the all-ages release show from Bullets & Belles at Kilby Court with Timmy The Teeth and Drink Up Gerald. That'll be an awesome show for those of you who couldn't see them at the State Room. Head out, love music, buy local.