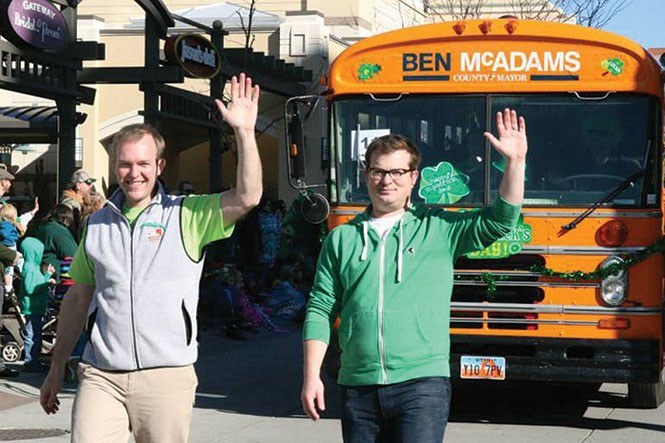 In May an ethical bombshell fell dead center on the Utah Democratic Party when Salt Lake City Weekly and other news outlets reported on allegations that Rep. Justin Miller, D-Salt Lake City had embezzled more than $30,000 from the campaign account of Salt Lake County Mayor Ben McAdams, for whom Miller had worked on his campaign and later became a deputy mayor before being elected to the Legislature in 2014.

Since then Miller's allegedly sticky fingers have been the subject of many an intense discussion among Democratic leaders over how the party should respond. Many critics have blasted Democrats who were all too eager to lambaste Republicans protecting former Attorney General John Swallow over corruption allegations, for flip-flopping when it came to one of their own.

But at a Monday morning press conference, house Minority Leader Rep. Brian King, D-Salt Lake City, announced that the party caucus members had made up their minds and were calling on Miller to resign.

"The information that has been made available in the media undermines the confidence our constituents should have in their Legislature," King said, reading from a prepared statement. "With these concerns in mind I have asked Representative Miller to resign his seat as a representative in the Utah State House."

King explained that the caucus had determined that an ethics complaint could not be lodged against Miller, since the alleged embezzlement had occurred before he was elected as a lawmaker. An ethics complaint was also ruled out since Miller has not been officially charged or convicted yet of a crime.

King, did say, however that the nature of the allegations were serious enough as to damage the public trust that the party's leadership had to act.

"We want to make sure this does not continue to undermine the credibility of elected officials here at the Legislature," King said.

King said that he first told Miller he wanted him to resign last week and, while Miller did not agree, he said they have had at least an open dialogue. King also said the house minority caucus agreed unanimously to call for Miller's resignation—except for Miller of course—and that if he refused, the caucus may explore other options—one possibility being that the House as a whole might act to punish Miller and possibly expel him from the body. Such an action would require a two-thirds majority vote in the house, but King did not speak much to that option, saying that he hoped to first see if Miller would heed the call of his colelagues to resign.

Miller could not be reached by phone or e-mail for response at the time of this post.

Miller's scandal is unique in that it also involved Miller firing an accusation of corruption against county mayor McAdams. In December 2014, Miller filed a notice of claim alleging inappropriate financial relationships between McAdams, Deputy Mayor Nichole Dunn and the Exoro Group, a powerful public-affairs firm run by Maura Carabello, who has denied there is any truth whatsoever to Miller's claims.

At the press conference, King said the caucus was not taking any position on allegations against the county mayor and felt that issue was outside the scope of their authority.