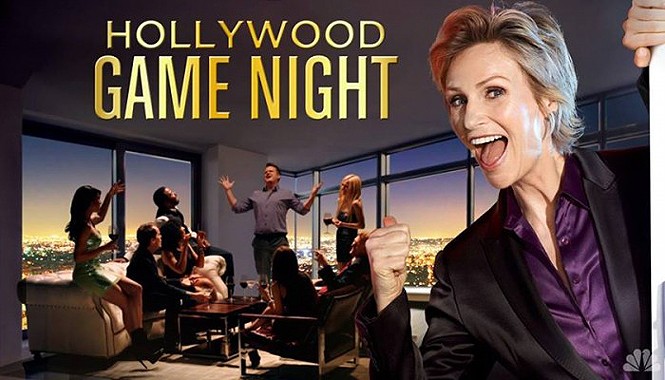 Hollywood Game Night (NBC) Season Premiere: Few NBC series present the network’s Fuck It We Give Up mentality as perfectly as Hollywood Game Night, now entering its third(!) season. While, unlike Dancing With the Stars, it actually does have stars, the celebs seem to be performing as if they have guns to their heads while glancing at offstage signs that say “Make it fun or we’ll make you dead!” Now, put that drama on-screen and I’m all in.

Hollywood Cycle (E!) Series Debut: Just when I think E! might be turning a creative corner (The Royals—that didn't suck, right?), they send over something new and stoopid: "From clashing opinions with owners over the best way to get booties in the saddles, to blurred lines in the instructors' personal and professional lives, get a firsthand look at the obsessive, glamorous world of indoor cycling in Los Angeles." So, Hollywood Cycle is a reality show about spin classes. What's next, a series set at a weekly newspaper? Ha!