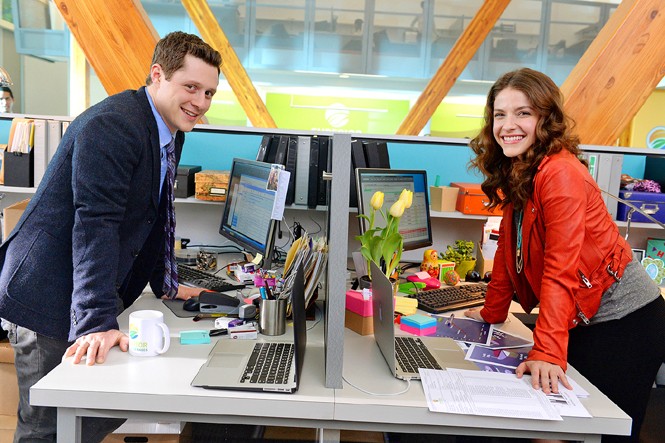 (ABC Family) Series Debut: Like TV Land, ABC Family is slowly phasing out multi-camera laugh-tracked sitcoms and going after the audiences who grew up on The Office, Curb Your Enthusiasm and Arrested Development. Kevin From Work is nowhere near as funny as any of those, but at least it's a step in the right direction away from Melissa & Joey (R.I.P.). The titular Kevin (Noah Reid) is an office drone who, upon the eve of his transfer to another company position overseas, declares his long-secret love/lust for co-worker Audrey (Paige Spara), because he's outta there, so why not? Transfer falls though; awkwardness ensues. The pluses (McG directs and Amy Sedaris co-stars) outweigh the minuses (Reid and Spara are boooring), but Kevin From Work is at least as funny as The 700 Club (which ABC Family is contractually bound to run until Pat Robertson is Raptured—true story).