New music from The Pelicants, Hecka, The Str!ke and more

August 21, 2015
1 comment
We've got an interesting lineup of music at our disposal this week, with one release show set for tonight. We'll start with a big list of online releases, beginning with The Pellicants. This is a five-piece progressive jazz (or Jrog, if you feel so inclined) band out of Salt Lake City featuring Ryan Collenburg, Kona Ossana, William Guss, Charlie Vandel and Parker Anderezzi. They've been doing really well in the live circuit, but now we have their first official full-length album, All Things Considered, which sounds very poppy and dance-y. You can snag a copy for $12 off of Bandcamp.

Next up is the latest album from Isaq, an SLC-based dubstep and electronica producer who has decided to keep his/her identity a secret from online eyes. Isaq's been producing singles on Soundcloud for over two years, releasing several single tracks and three albums in that time: 2013's Tetraform, and the 2014 EPs Melancolor and Sleeper. The latest full-length, titled [Redacted], is Isaq's first venture into the world of Bandcamp, and you can snag a copy of it for just $1.

While we're int he land of dubstep, we have the latest from Hecka. Every time this guy puts out a new album, whether it be this alias or his other identity, Grimblee,it's a treat. His latest is called Thank You, featuring brand new beats that hit an electronica vibe and border on hip-hop. I would love to hear local emcees rap over these instrumental tunes. You can download a copy of it for $5 on his Bandcamp page.

Another dubstep/hip-hop album to come out this week comes to us from Mr. Vandal. This guy (known only as Pablo P.) usually goes for a much more chill vibe, a lot more bass and a lot less hype—great music to hang out to or get your groove on. His latest full-length is called RIOTS, which you can snag off of Bandcamp for whatever you'd like to pay.

Moving away from the dubstep and more into straight up electronica is YARD, a brand new act in SLC that goes for more chillwave and R&B. This act is a duo made up of Idan-Jene Damuag and Candice Edie, who have combined great tunes with one hell of a voice, softly guiding you through the tracks. You can download their debut EP, 3CG, for $2 on Bandcamp.

Another electronica album from this week that falls into the same lines comes to us from Lord Khan. This one has a more hip-hop feel to it on occasion, but there are also elements of pop gracing every track so that it doesn't just sound like straight-up beats with a techno edge. You can download a copy of their debut EP, Stuck In Limbo Vol. 1, for $3 on Bandcamp.

Making our way out of the electronic forest, we come across the darkest of the bunch for this week in the form of Sequestered Keep. This is a dark ambient electo-vibe soundtrack that sounds like it belongs in a 1987 dungeon-crawling video game for my Apple Color Classic II (look it up kids). Only half the tracks to the full-length album, The Fortress in the Timeless Fog, have been released for public hearing; if you want the rest, you'll have to download it for whatever you want to pay on Bandcamp.

The last of the online releases comes to us from B.C. Einstein, a hip hop producer from SLC who has had his hand in a lot of projects over the past year. He's got a damn fine knack for creating instrumental pieces with a jazz influence that seem straight from the soul. His previous album, Redondo Av., came out on Soundcloud a few months ago, but didn't see a lot of attention. His brand new full-length, Just For You, sounds mighty fine. I don't know whether to get drunk on my porch and ponder about life, or find someone to dance with real slow. You can download it for whatever you'd like to pay on Bandcamp. 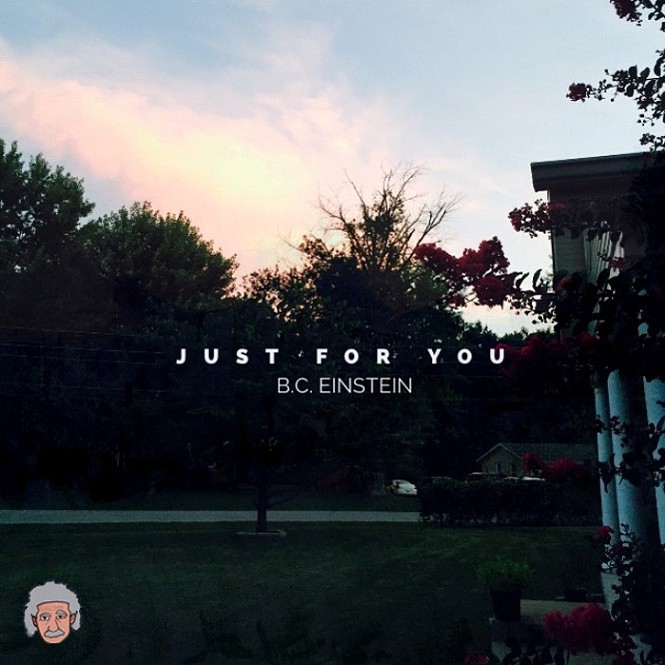 Finally, this brings us to our only release show of the weekend from The Str!ke. If you're not familiar with the band, go check out our Best Of Utah: Music article from earlier this year. It has been a long time in the making since the release of their last EP, We Are The Strike, but the massive eight-piece group finally got all the puzzle pieces in place and are about to release the full-length album, Atom Bomb. The album tracks have been kept a secret from everyone, so if you wanna hear it and get the new album, you'll need to head down to Velour tonight for the release show, with Static Waves opening. Tickets are just $8 and the doors open at 8 p.m.