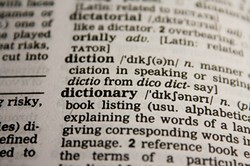 City Weekly reader Rickie McCandless forwarded what seems to be a response from The Honorable Gov. Gary Herbert's office to a query about Herbert's recent statements regarding pass-through funding of Planned Parenthood.

It's likely I'm missing the point here, but the thing that most struck me was Cox's use of the phrase "disgrace for human life." I'm still trying to figure out whether it's actually ungrammatical or simply awkward:

Our office appreciates hearing from constituents and your comments and opinion regarding this issue have been noted. Governor Herbert is deeply concerned with the callousness and blatant disrespect for life shown by Planned Parenthood in recently released videos. Because of this, the state will no longer serve as a pass-through for federal funds to Planned Parenthood. Make no mistake, women's health is of utmost importance to Gov. Herbert, and it is his intention that these funds will instead be given to other reputable organizations that can provide these services to Utah women. Likewise, Planned Parenthood is still able to apply for these federal monies without the state's involvement. The state of Utah is simply choosing not to associate with an entity that expresses such disgrace for human life.

Thank you for taking time to contact us regarding this matter.