A chat with one of SLC's rising stand-up comedians.

Looking back over the past couple years worth of highlighting local comedians, it's become clear that there is way too much talent in this city to be ignored. We've gone from being a blip on the radar to a screaming UFO in the middle of this mountainous desert, all within a short period of time, mostly from the work of local comedians busting their ass every week on stage. Today, we're chatting with SLC comedian Mac Arthur about his style and career, as well as thoughts on the local comedy scene. (All pictures courtesy of Arthur.) 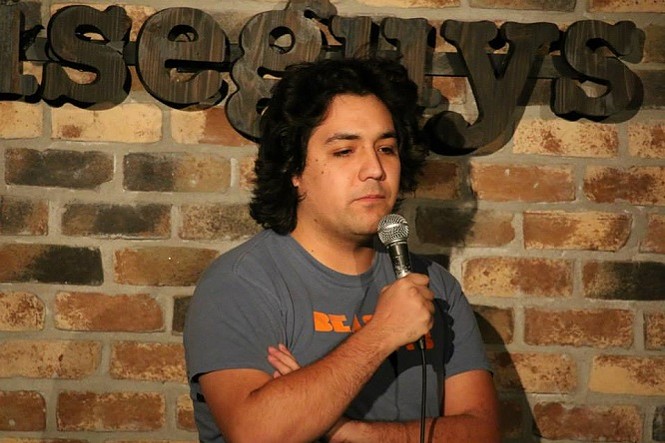 Gavin: Hey Mac, first thing, tell us a little bit about yourself.

Mac: Hello readers. My name is Mac Arthur. Mac isn't short for anything; that is my real first name. My hobbies include comedy, and that's about it. My favorite food is macaroni and cheese (no relation). My favorite music bands are the Beastie Boys, Queens of the Stone Age and Ween. My favorite drink is Fresca. I really enjoy driving, both cars and motorcycles. I have gained 30 lbs. since I started doing stand-up comedy. It is slowly killing me physically and emotionally. 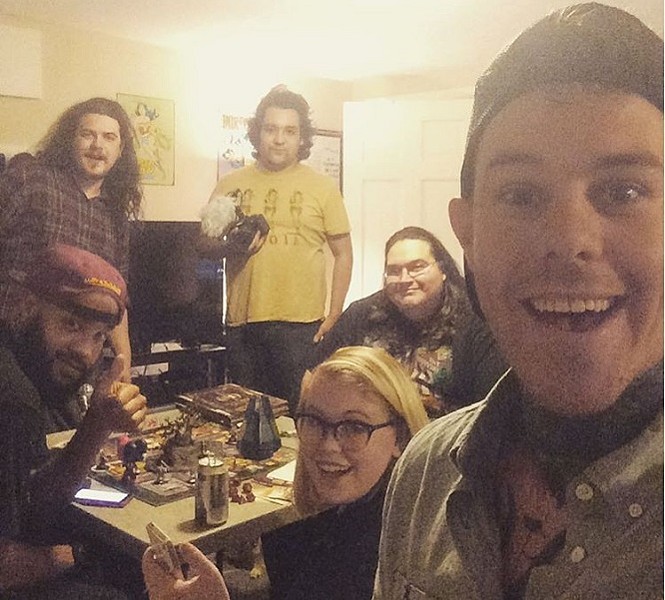 Gavin: When did you first take an interest in comedy, and who influenced you the most?

Mac: I never knew that stand-up comedy was a thing until one of the other guys in my Boy Scout troop loaned me a Jeff Foxworthy CD, and I played that thing until it got too many scratches and had to buy him a new one. The next time I would come across stand-up comedy was when I was walking home with this girl I had a crush on in middle school. She turned and kicked me in the testicles for probably saying something hilarious and immediately felt bad. So after she guiltily invited me back to her house to ice my balls, I started going through her family's vinyl collection, and found an Emo Philips record. She didn't find him as funny as I did, and I started to look for more. After that, I continued to listen to all kinds of stand-up in all of its forms. It is hard to tell how much I have been influenced by the greats, but I guess I could rattle off a list of my favorite comedians like Gilbert Godfrey, Joan Rivers, Bryan Callen, Maria Bamford, Daniel Tosh, Patrice O'Neal, Natashia Leggero, Tom Segura, Jackson Banks, Larry David, Sarah Silverman, Duncan Trussell, Doug Stanhope and Norm Macdonald. If I had to choose only one major influence, then it would have to be Dave Attell. Whenever I listen to him, I am reminded to try and cram as many jokes into as few words as possible. 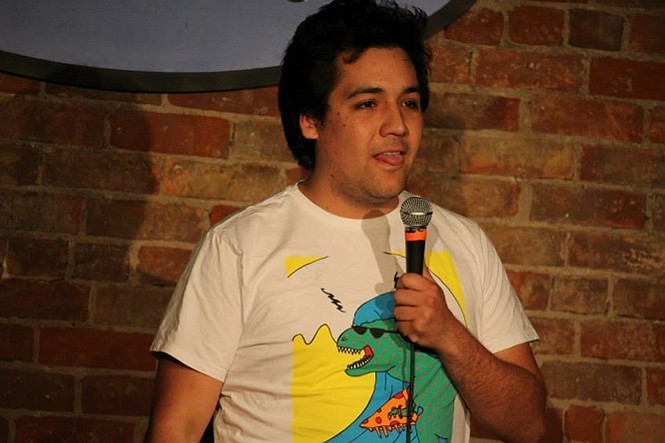 Gavin: What made you decide to try doing stand-up, and did you view it more as a pastime or a career you wanted to pursue?

Mac: I had an old roommate who was always bragging about how funny he thought he was and how much he loved doing stand-up. He would always be doing "his bits" in our group of friends. I thought to myself, "If this asshole can do stand-up, then surely I can." Looking back, I don’t think he actually ever got up. So I guess my biggest initial push was out of spite, and sometimes it still is. Right now it is a pastime that takes most of my time and money, but seeing as how I am a high-school dropout burnout without a lot of other options, I would love to make a career out of it. It just takes so much work in writing and performing and trying to get people to notice me. I am really bad at the self-promotion, and it would really help me out if you stopped reading this article for a few seconds and went over to Twitter and Instagram and followed me. If you follow me, I will give you a kiss in person. 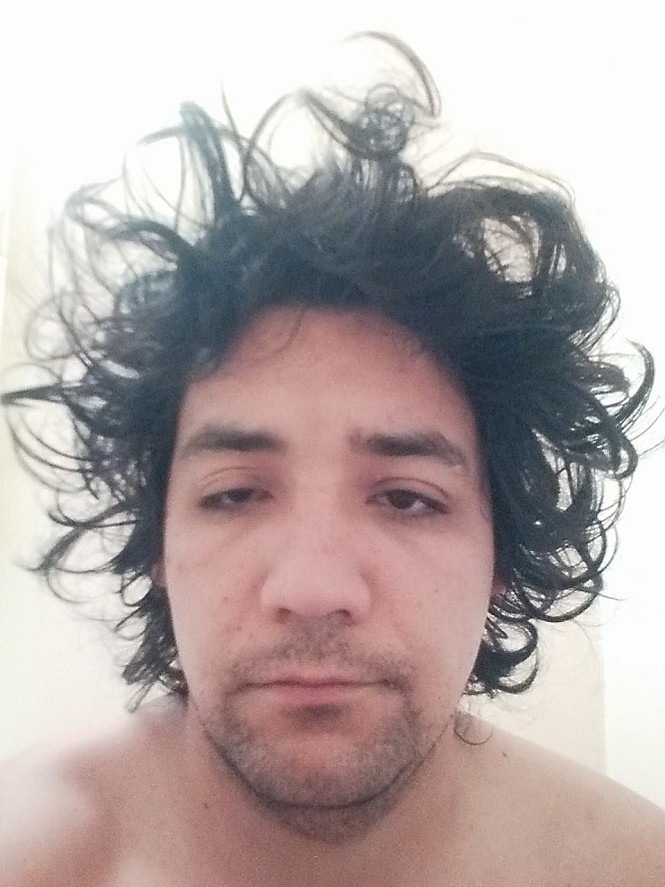 Gavin: How was it for you coming up with your first sets and breaking into the local circuit?

Mac: I don’t even know what my early sets were like or what jokes I tried, but they were really bad and not funny. The only thing I vividly remember was my very first set. I had worked up the courage to try stand-up for my very first time, and I wasn’t going to let anything stand in my way. I showed up at the Wiseguys open mic and was so nervous. When I was up next, I started to hear this commotion in the back of the room. I looked back and there was a small crowd of people circling someone on the ground making a lot of noise. Turns out that guy was having a seizure. I pointed this out to the host and he got up on stage and asked the most cliché question: "Is there a doctor in the room?" An actual doctor in the second row got up and rushed to the back to help the guy convulsing. The host looked over at me and I could see it on his face. That I could turn back now and no one would blame me, but he asked me if I still wanted to go up. I already promised myself that I would and I got up and performed a few minutes to the back of a bunch of people’s heads. After that, I just kept going every week and slowly got better. I wouldn’t say that I broke into the local circuit. I just kinda showed up and never left.

Gavin: What were some of the biggest lessons you learned about performing when you first started?

Mac: There are so many, but if you pay attention at any show you can always learn something new. Whether you are watching someone else just destroy a room with laughter or watch someone else bomb in silence, you can always gain something. I guess my biggest lesson was to never miss a single mic, because that might be the one time where I would have learned something invaluable that might have made me a better stand-up comedian. 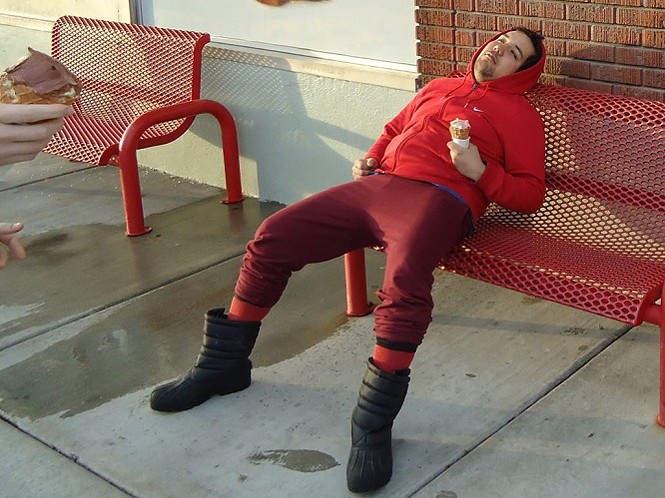 Gavin: What's your process like coming up with new material and deciding what works?

Mac: I think that if I had an actual process, I would be churning out a lot better and more material. I guess if I had to break it down, I usually start with some sort of topic that I think is silly, like pogs, dogs, or existential angst. Then I try and come at it from weird angles no one has considered before. Here are a few examples: How come pogs never became the world currency? What makes dogs almost as much fun as pogs? Whatever happened to my pog collection? As for deciding what works, I really have no say. The audience decides if something is funny or not by their reaction. If something isn’t working, then you either need to change it or drop it.

Mac: Stand-up comedy attracts such a weird and diverse group of people, it is actually pretty hard to not find some great people to work with. Once you get settled in with the right group, coming up with funny ideas becomes less work and just hanging out and having fun. Some of the comics I am hanging out with are some of my favorite people I have ever met. I really love just being around funny people and not having to worry about suppressing some of the more abrasive parts of my personality. 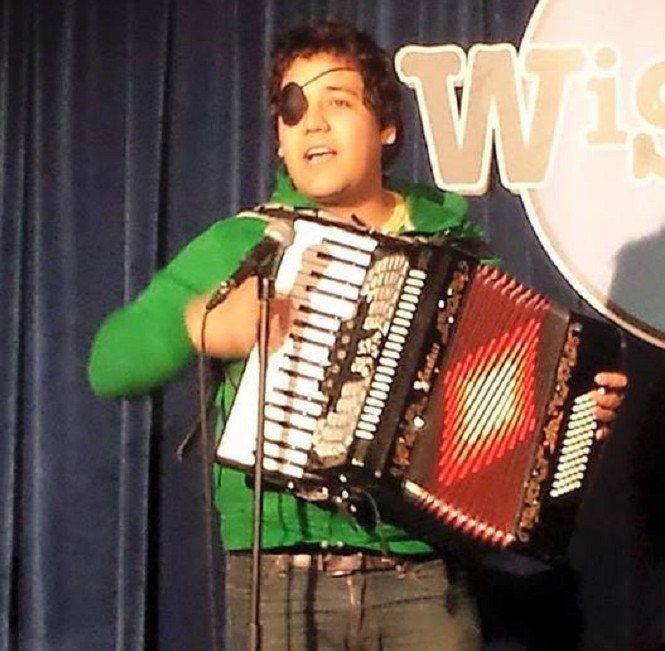 Gavin: What has your personal experience been like going from indie shows to playing big rooms?

Mac: What exactly is an indie show or big room? Twenty people in a garage? Two hundred people in a club? Two thousand people in a theater? Right now I am still playing to very small audiences, but I still love when I can get up in front of a bigger group of people and make them laugh. If you are serious about comedy, I don’t think you ever get away from smaller audiences; you just get more opportunities to play for bigger ones.

Gavin: What's your take on the Utah stand-up scene and the people coming out of it?

Mac: I don’t have a lot of experience with other “scenes,” but I imagine the Salt Lake City comedy scene probably has a lot more jokes about Mormons, alcohol content in beer, and skiing than any other similar scenes. From what I hear, we are extremely lucky to have as many opportunities to do comedy when compared to other cities of the same size. I am thankful for what I have, but I am always greedy for more. As for people coming out of it, you should really watch out for me. I might do some funny stuff. 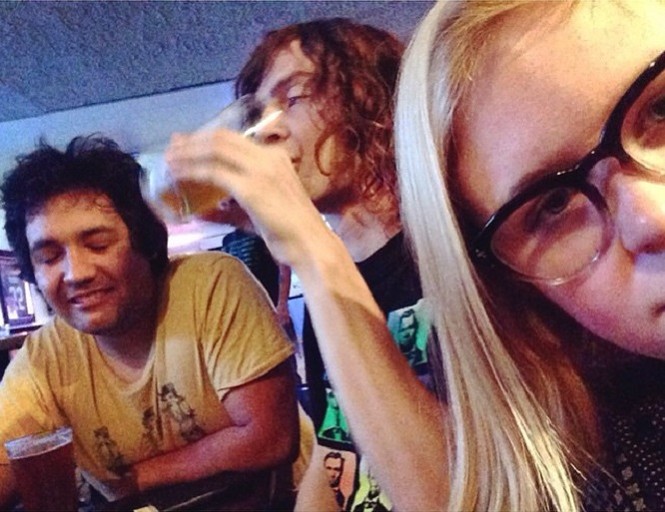 Mac: Ugh, It would be much easier to list the comics I think you should avoid, but then I might take a brick to the head from some of them. This is the part of the interview where I kiss-ass to as many people as possible in hopes that they notice I said their name. All of these people have made me laugh even though I am a comedy snob. I really love to watch Nicholas Don Smith, Jackson Banks, Amerah Ames, Josh Gret, Keith Stubbs, Jonny Brandin, Andy Gold, Spence Roper, Aaron Orlovitz, Marty Archibald, Jay Whittaker, Kristal Starr, Eric Ripley, Abigail Harrison, Jordan Makin, Dustin Hagen, Jonathan Falconer, Alex Velluto, Jacob Leigh, Andrew Hobbs, Christian Pieper, Rodney Norman, Natashia Mower, Tanner Nicholson, Spencer King, Rich Wilson, Marcus, Sam Poulter, Guy Seidel, and I guess maybe probably Shayne Smith.

Gavin: What are your thoughts on the current club system, and the work they do to promote comedy?

Mac: What would the alternative be? Clubs need comedians, and the comedians need clubs. Without the “club system,” comedians would have to put in so much more work trying to organize their own shows and get people to show up. So I am extremely grateful for any established clubs or shows that let me get up in front of strangers and say silly things that make them laugh. 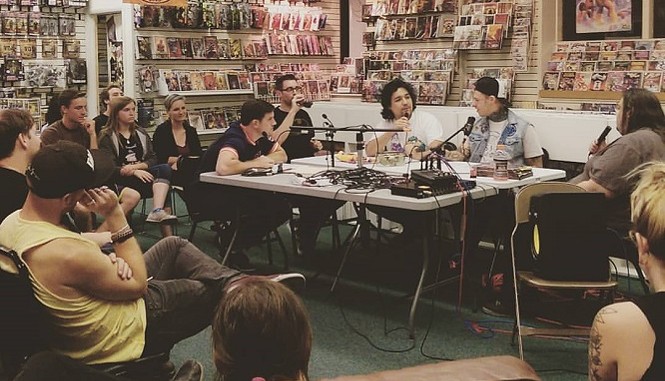 Gavin: What's your opinion of national stand-up comedians coming through town, and what impact do you believe that has on the local scene?

Mac: Utah has a lot of really famous comedians that roll through the clubs on an almost-weekly basis. It definitely impacts the local scene when you are allowed the opportunity to get up and open a show for some of them. The bigger names draw bigger crowds that you might not normally get to perform in front of. They also have been through most of the trials of comedy and if you manage to get to hang out with one they can offer more comedy wisdom than you will know what to do with.

Gavin: What advice do you have for people looking to getting into stand-up comedy?

Mac: If you are looking to get famous or make a million dollars then don't do stand-up comedy. There are better ways. It sounds pessimistic, but if you get in for the wrong reasons, then you are just going to waste everyone’s time, especially your own. If you still really want to do it, then write a joke or two down, come out to one of the open mics, and try it. If you like it, keep coming back. It is that simple. I have become pretty jaded when it comes to people telling me they want to try it because nine times out of ten they never do. 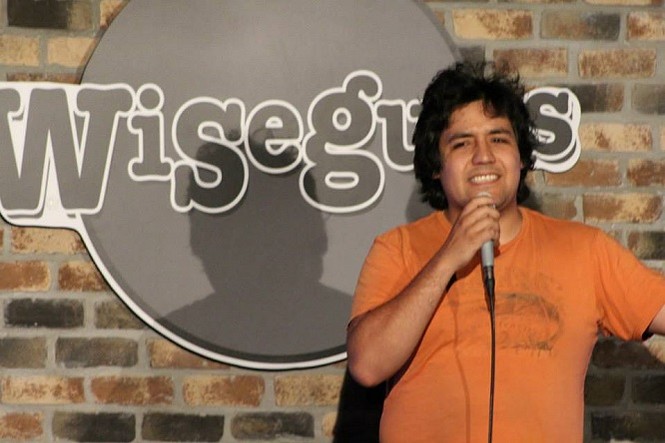