An old SLC club gets reborn as a downtown bar arcade

Once upon a time, back in the day, there used to be a badass little club called Bricks. It was a mainstay for traveling alternative and punk acts throughout the '90s to pop into town and play a quick gig, a great venue for music when places like DV8 and The Holy Cow weren't hosting your favorite bands, but that's a different story for a different day. Ownership changed hands and eventually it was turned into Club Sound as many know it today, but in the fall of 2015, the place switched directions and turned itself into a bar/arcade as a place to hang out in-between bands at In The Venue. I sat down and chatted with one of the principal people behind the change, Trey Neeley, along with photos of the place for you to check out. 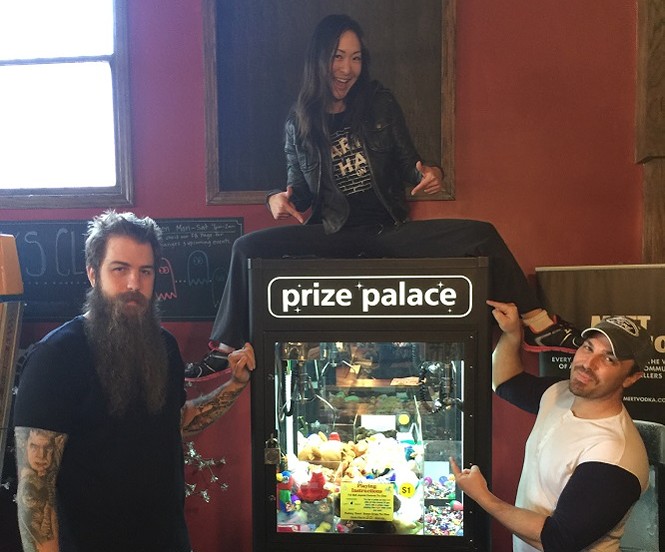 Gavin: Hey Trey! First off, tell us a bit about yourself.
Trey: I was born and raised on Oahu, and moved to SLC in 2002 with two suitcases to my name hoping to experience something different and fun. I guess you could say I found it here in SLC.

How long have you been involved in the bar business and what other gigs have you had over the years?
I started working in the industry on Oahu in '98, working in restaurants, bars and nightclubs in Waikiki. When I moved to Utah, I was fortunate enough to immediately land a job as a bartender/bar manager at a place called "Wasatch Front," which is now called The Royal. I have also worked at Splash, Hard Rock Cafe, Port O' Call, and a few other bars in Salt Lake. I currently work at The Rail, Johnny's on Second, and, of course, Bricks is my full-time addiction/job. 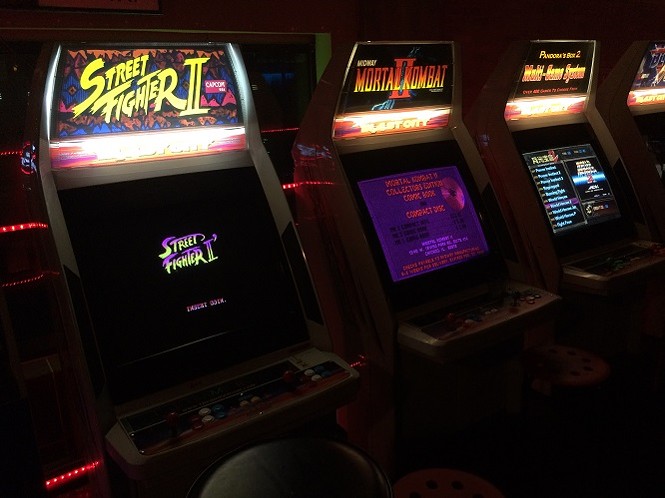 Prior to Bricks, what's your experience been like with gaming and arcades?
There's a feeling of nostalgia when it comes to arcade games for me. I remember being able to play the old cabinet style games in 7-Eleven's and pizza parlors as a child, and for me, the 'old school' games will always be my favorite over anything that can be played online. Don't get me wrong, my brother and I did lay the smack down on NES when we were kids—but I will always gravitate more toward arcade games played outside of the home.

Prior to the change, what was the state of Club Sound over the past couple years?
Club Sound has changed a lot over the years for the better. In-house renovations such as the addition of the two patio bars, and extending the front bar are only some of the noticeable changes that have been made. As far as the foot traffic, the bar was mainly used for concert goers and Friday club nights. 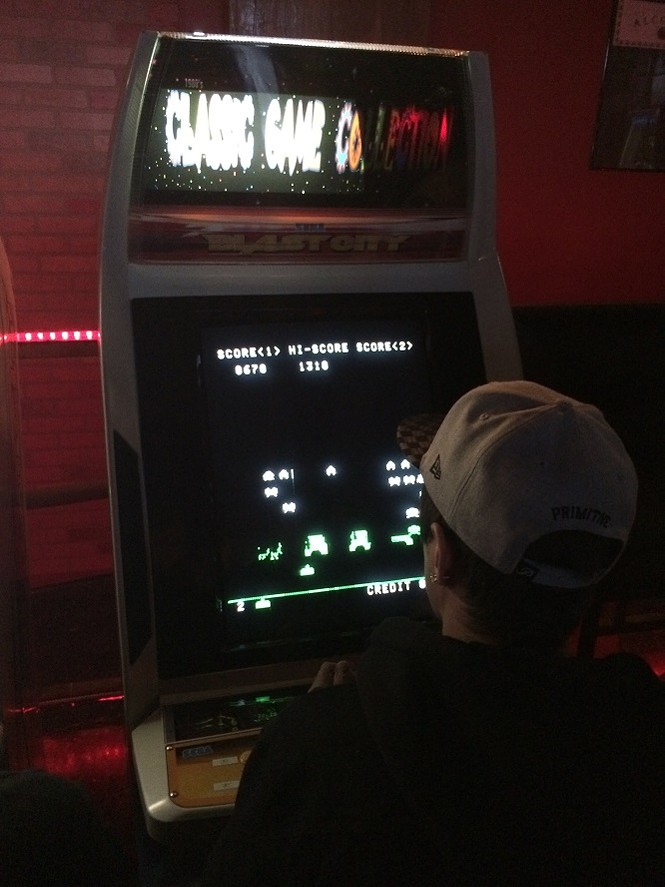 How did the idea to relaunch Bricks as a bar/arcade come about?
My business partners Don Neeley, Cody Smith and I wanted to bring back the old feel of Bricks, but with a twist. Our main goal was to fuse the old with the new, and while brainstorming, Don brought up bringing in a few arcade games. From that point, we decided to go full force with the idea and integrate all of the fun of being a child with all of the perks of being an adult without breaking the bank.

What was it like acquiring the games for the bar, and how did you decide what to include in the place?
A lot of calling and research went into acquiring our games. We decided on the Japanese style of cabinet because upon further research, the original cabinet styles are extremely hard to maintain. As far as deciding what to bring in, we wanted to stick to the games we played growing up. We priced the arcade games at 25 cents a game and brought in everything from Blitz, Street Fighter, Frogger, Mortal Combat, NBA Jam, and hundreds of other old school games that are hard to find these days. We also have a claw machine, pinball, LED lit pong tables, and Cards Against Humanity.

For the bar itself, what did you decide to do with it to separate it from some of the other places nearby?
Besides being a bar-arcade, we enjoy renting out the bar for 21+ birthday parties and work parties. Between the DJ's, live music, a dance floor, games, and drink prices that won't hurt the wallet, we can honestly say that being bored isn't an option.

What was it like launching the new place and generating a buzz about it?
We had our launch party on August 8 of 2015, and since then our most prized tool for promoting has been word-of-mouth. Our customers are amazing, and hearing them say they had a blast and will be back with friends is a beautiful thing. We also have a Bricks' Facebook page that keeps everyone updated on upcoming events, promotions, or just to answer any questions people may have about our place. 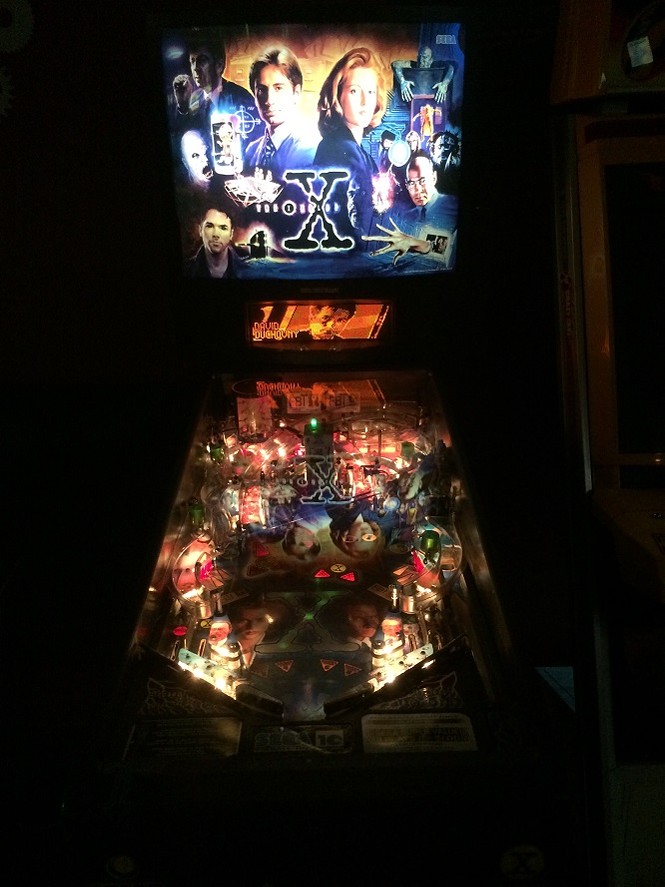 With In The Venue next door and The Complex nearby, what's the crowd like for you guys on a night with big concerts?
We love it when big concerts come through In The Venue. Having so many different genres of music brings out so many people from all walks of life. What we noticed, though, is that no matter the taste in music, style, or drink choice, playing an arcade game for a quarter while waiting for your favorite band to take the stage is a universal enjoyment.

You've been having game nights like Breaking Bingo on a weekly basis. How have those been going, and what other events do you plan throughout the week?
Breaking Bingo on Tuesdays with Jesse is a blast! Not only is he a riot, he's a true business man when it comes to building a night. Being located right next to the Trax station, he offers refunds on using public transportation, benefits for checking in at Bricks, and uses some of our games as tie breakers for prizes. We are also launching our first "Party Hard" night hosted by Brenton Leu January 23, and will be reoccurring every Saturday after. Besides booking birthday events, we are also open to those that attend any concerts at In The Venue and are 21+. 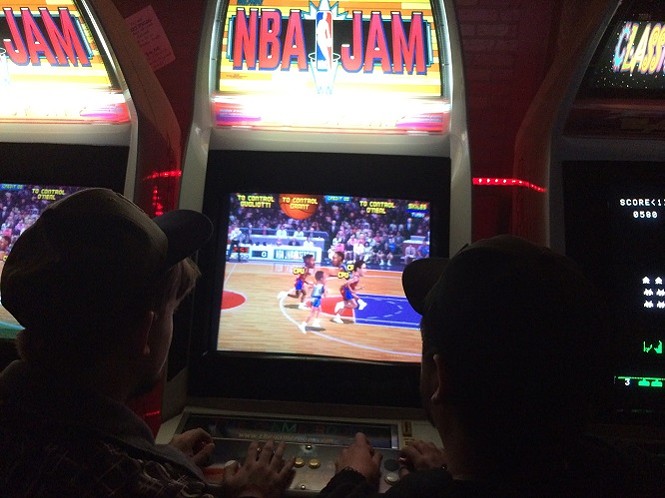 Are you looking to expand the bar or add new things down the road, or keeping it how it is to see how people like it?
We are always making small improvements here and there, and would love to bring in more games in the future. This is only the beginning for us, and we are always discussing what we can do to make the environment more efficient and enjoyable all around. There is always room for improvement in all business, and we are up for the challenge.

What can we expect from yourself and Bricks over the rest of the year?
Of course every business owner sets their goal at: "I hope it gets so busy that we don't have time to breathe." But Don, Cody and I feel that having an amazing staff creates a solid foundation for any business to build on. Not many people can honestly say that they absolutely love their job and all of the people they work with. I am very fortunate to have exactly that. One of the main focuses is to create an atmosphere where people can leave saying they had a great night, and with the work-family we have at Bricks, I'm confident that we will succeed.