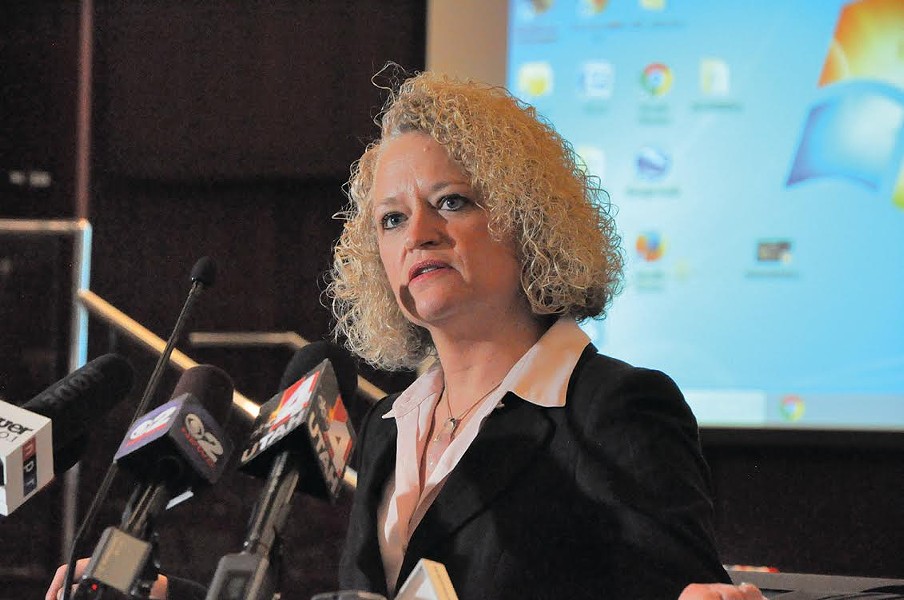 With a drought of political support from the Salt Lake City Council, Mayor Jackie Biskupski on Monday announced that Mike Reberg, the man she had pegged to become the director of the Department of Public Utilities, had withdrawn his name from consideration.

Reberg, who had served in various top-level positions at Salt Lake County, was one of Biskupski’s more high-profile appointments in recent weeks as the new mayor took office and began dispatching a number of top-ranking city officials.

“It is with regret that I accept Mike Reberg’s request to withdraw from consideration,” Biskupski said in a prepared statement. “I continue to believe Mike is one of the most qualified individuals we could find to lead Public Utilities.”

Reberg, a former assistant director of the county’s Department of Public Works and a division director for former Congressman Jim Matheson, was most recently the director of Salt Lake County Animal Services.

While Reberg was praised for his management skills, it was his lack of education and formal experience with waste water, water quality and the city’s watershed—all areas that fall under the Department of Public Utilities—that concerned the city council, which was scheduled to vote Tuesday on Reberg’s appointment.

City Council Chairman James Rogers, who represents District 1, said that the appointment of Reberg was akin to naming a person who had never worked at a fire department as the city’s fire chief.

“To me, it’s a public health and safety issue,” said Rogers, who noted that he would support Reberg in many of the other top-level positions that have become vacant in Biskupski’s early days in office. “You’re not going to go and hire somebody who doesn’t understand anything about public utilities, waste water, water and watershed.”

Reberg was to replace Jeff Niermeyer, who had worked at public utilities for 25 years, the last nine of which as the director.

Rogers says he believes his colleagues on the council were united in their opposition to making Reberg the head of the department. In 2014, the department employed 393 people and generated $96.2 million in operating revenue.

Since taking office, Biskupski, a former state legislator whose most recent job was with the Salt Lake County Sheriff’s Department, has drawn from her county connections to fill high-ranking slots on her staff as well as to take the reins of entire departments.

While some of the vacancies at the city stem from Biskupski’s insistence prior to taking office that around 30 of the city’s top-level appointed leaders tender letters of resignation, the mayor’s spokesman said that Niermeyer left the city in-step with the mayor taking over.

Over the past two weeks, Biskupski has “accepted” some of these letters of resignation, including one from veteran Public Services director Rick Graham, who had worked for the department for 35 years and served as director for 19 years. D.J. Baxter, the executive director of the Redevelopment Agency, was also sent packing.

In addition to the post that Reberg was to take over, the city council will eventually get to weigh in on other top-level appointments.

“The council has taken its responsibility to consent to new appointments seriously, because we value how the department directors are critical to the success of the city,” Rogers said in a statement accompanying the mayor’s announcement. “We look forward to working with the mayor on the future appointment for Public Utilities director.”