A chat with the Saratoga Springs comedian/theater performer.

Not every standup comedian comes from open mic nights. Many people take different roads to find their way to the stage—some as writers crafting their work, others from different forms of performing arts who found their niche. Today we're chatting with Seth Tippetts, who aside from being a regular performer on the comedy circuit has also secured a steady gig in the theater. We discuss his career on both ends of the spectrum and the local comedy scene. (All pictures provided courtesy of Seth Tippetts.)

Gavin: Hey Seth, first off, tell us a little bit about yourself.

Seth: I'm a 6'9" former U of U basketball player. Now I'm just an awkwardly tall software engineer for Vivint Solar. Since this question always starts sounding like a Tinder profile, let's just go full monty. I like snuggling, strawberries, singing, and alliteration. Allergic to chocolate, so more for you ladies!

When did you first take an interest in comedy, and who did you like watching growing up?

I always wanted to make comedic films growing up. My interest was more in sketch comedy than standup. I honestly wasn't exposed to much standup growing up besides the short clips on Seinfeld. Jim Carrey and Chris Farley were my favorite people to watch, and I've always loved Craig Ferguson.

What made you decide to take a chance and try standup comedy yourself?

I was 16 years old, sitting at home being angsty. My friend called me up and said "Seth, I'm on a date with this girl. It's been going well, but we're running out of stuff to talk about. You never stop talking. Can you get a date in the next half hour?" Being the overly confident person I was, I said: "Of course." Seven rejections later I had to call back and tell him it was a no-go, but he insisted I come anyway. So there I am, third-wheeling like a boss. We ended up watching Jim Gaffigan's special, King Baby. My first thought was "I could do that." Nervously did open mic once at Wiseguys Trolley Square. After my set, the host (Rodney Norman) made a comment about how I "probably spend a lot of time alone." Might've been because I ended my set by reenacting the scream in Willy Wonka in the tunnel for no apparent reason. I didn't do standup again until after college because my basketball coaches literally forbade it. I was too distracting during practice and the team wouldn't stop quoting me.

After I really started hitting it hard, it took six months of sucking before I got a weekend set. I was lucky enough to open for Keith Stubbs. He asked me to be clean, and at the time, the majority of my jokes were not funny and not clean. So it was a struggle, but I seemed to do well enough that he kept booking me. I wrote better jokes, sucked less, and now I get to do the occasional corporate party!

Some of the things I learned seem pretty obvious. Be confident; crowds will be uneasy if you're uneasy. Don't write jokes that you think will get a laugh, write jokes that make you laugh. Try hard to write the clean version of a joke first. You'll have more opportunity that way. You can always dirty-up a clean joke, but you can't clean up a dirty joke. 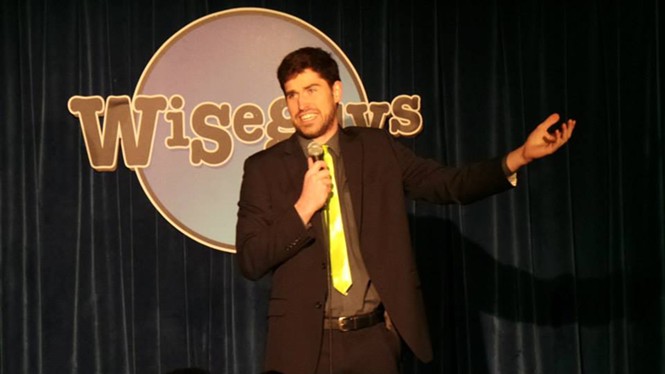 Usually, I'll just be messing around with my friends, tell an old story. If it's funny, I'll try to massage it into a joke. Sometimes the jokes I write are shower thoughts (lower success rate). A lot of material comes from my family. Ballerino brother, mildly alcoholic parents. Somehow my family thinks I owe them royalties for being crazy. Fun fact mom: 15% of $0 is still $0. If one day I become rich and famous, I'll make sure they each get a nice reliable Honda Civic.

Locally, it hasn't always been great. Somehow I've been deemed "Utah comedy's younger brother" and people have done their fair share of ball-busting. I get it, I was one of the younger people in the scene for a long time. Sometimes I have a hard time relating to other comics. I don't watch the news, I don't watch sports. I don't care anything about pop culture or current music. Bemo [Laizure] once described me as someone "who was raised in a padded room with no books, no internet and given the instructions to figure out how the world works." Touring professional comedians are usually amazing sources of real advice. If I'm killing it onstage, who cares what local such-and-such says. They're just unhappy to see other people with success. They're not real friends, and they're probably not worth your time. The only people you need to impress are in the audience.

Aside from comedy you also take part in local theater. What made you want to branch out into that genre?

I've actually been doing theater much longer than standup. I started in the seventh grade as the King of Siam in The King and I. Kinda sad that I was the most Asian looking kid at Box Elder Middle School who could sing, but eh, that's Utah. Just got done with the run of First Date the Musical at Midvale Main Street Theater. It definitely doesn't pay as well as comedy, but it's fun to get a chance to sing. I'd like to fuse the two at some point but haven't found a good outlet in standup because most comics consider musical acts "hack" and "terrible."

What's your take on our standup scene and the work coming out of it?

Before I started, I had no idea there was so much talent in Utah. Growing up in Brigham City I thought the only real standup was in L.A. and New York. I think the Utah scene is growing, and it's the kind of steady growth that's conducive to a stable long-term market (unlike the improv boom). There're tons of amazing comedians locally. As a comic, you tend to build up a tolerance for comedy over time. Even so, every few weeks someone will write a killer joke that makes me "ROTFLMAO" as the kids say. 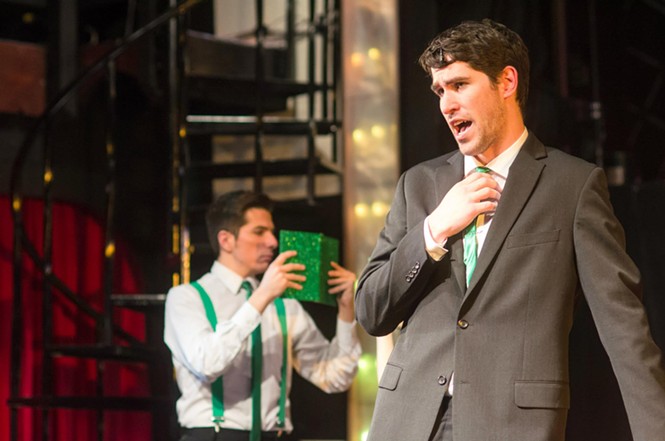 Aside from yourself, who are some of your favorites you like to check out around town?

What's your take on the current club setup along the Wasatch Front?

I think it's great. I live in Saratoga Springs now, and a lot of my Utah Valley friends wish there was a closer club, something in Draper maybe. There's a strange stigma in Utah county that Salt Lake is "evil" and "sketchy," so I have a hard time convincing people to make the trip.

I think it's immensely helpful to have professional comics come through. It gives you a chance to understand the level of commitment it takes and get real-world advice on anything from joke writing to festivals, to getting an agent. Some of the best advice I've received is from touring comedians. It's also a huge confidence booster when a standup idol compliments you, even if they're just being nice.

Try to write at least one new premise daily. It may never see the stage lights, but it's good to at least get those juice flowing. Don't procrastinate stage time. Lots of skills related to standup you can learn offstage. Becoming comfortable on stage is an arduous, painful, time-consuming process. There's no substitute for it, so you may as well start putting your hours in now.

I've been saying this for the last four years, but I'd love to get a headlining amount of material. I'm a bit of a perfectionist, and I don't want to do a set that long if it only mediocre. It's been hard to get more time because I'm usually more focused on getting a better time. Other than that I'll just keep trucking along and get as much stage time as I can fit into my meaningless existence!