Rebuke is fallout from the passage of anti-LGBT laws 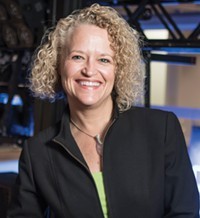 The economic backlash in Mississippi and North Carolina stemming from new state laws that allow individuals and businesses to deny services on religious grounds to the LGBT population will now include a slice of Utah.

On Tuesday, Salt Lake City Mayor Jackie Biskupski and the city council drafted a letter encouraging businesses in these Southern states to relocate to Salt Lake City. The mayor also issued a memorandum forbidding city-funded or sponsored travel to Mississippi and North Carolina.

“Salt Lake City embraces diversity and we recognize our success as a community depends on inclusion and protection for everyone,” Biskupski wrote in a prepared statement. “Our nation and our local community have come too far to allow our progress to be undermined by desperate laws that seem designed only to limit opportunity and access for certain individuals.”

On April 5, Gov. Phil Bryant of Mississippi and Gov. Pat McCrory of North Carolina each signed new laws passed by their respective Legislatures that allow individuals and institutions with religious objections to deny services to gay, lesbian, bisexual and transgender people.

Passage of the new laws sparked rebukes from equality organizations as well as businesses like PayPal, which said it would not follow through on an expansion of its business in North Carolina.

In her statement, Biskupski said the letter targeting businesses in North Carolina and Mississippi will be published online, and copies will be sent directly to some businesses, including PayPal.

All seven city council members also signed the letter. Council Chairman James Rogers said Salt Lake City has taken steps over the years to make the city a “welcoming beacon for all.”

“Fairness and equality are more than political footballs to be tossed around when politicians put politics over their humanity,” Rogers said in the statement.